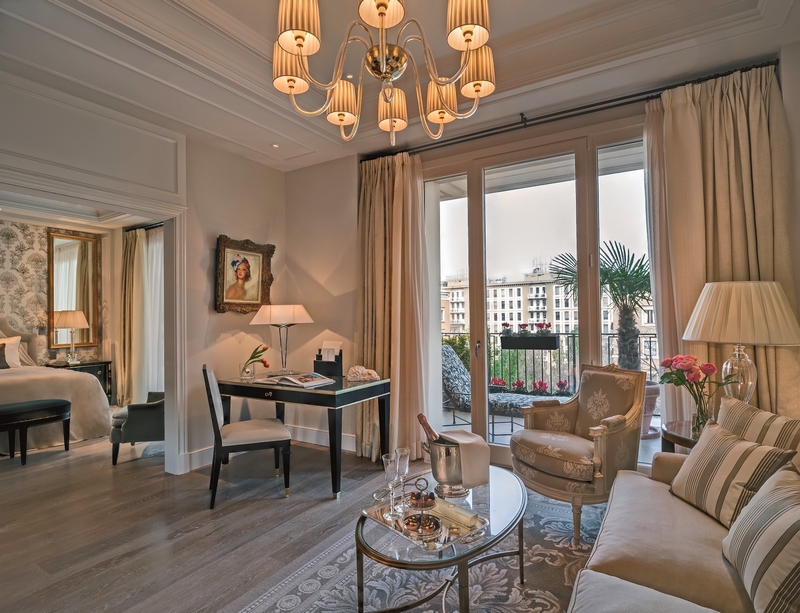 The recently opened Palazzo Parigi Hotel is situated in the central historic district of Brera, steps from Via Montenapoleone – Milan’s most fashionable shopping street. Designed by renowned French architect Pierre-Yves Rochon, and constructed on the former site of Milan’s historical 17th-century Palazzo Cramer, it boasts 70 rooms and 28 suites in Milanese and Parisian styles spread over seven floors. Chef Carlo Cracco, holder of two Michelin stars, is the creative force behind the hotel’s fine dining restaurant – Cracco al Palazzo. For breakfast in the morning, there is Caffe Parigi, which serves light fare and cocktails throughout the day and evening until 2 a.m. The Grand Spa is scheduled to open in 2014. 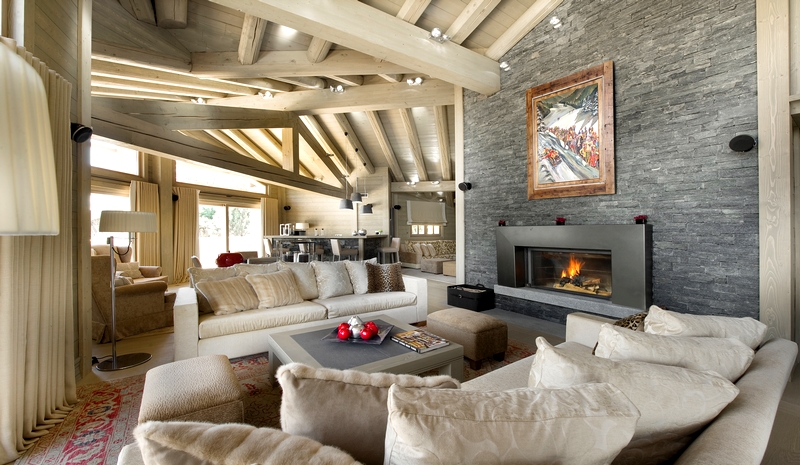 Named after legendary Himalayan mountain peak, Hotel Le K2 in Courchevel, France is located close to the elegant center of Courchevel 1850, with convenient ski-in/ski-out access. A veritable hamlet nestled into the mountainside, the hotel offers a total of 26 rooms, three suites and five villas. Guest accommodations are decorated with a modern take on Alpine and Tibetan themes, and feature iPad/iPod docking stations, dressing areas, and balconies or terraces with views of the mountains and the valley. Chalets also offer the services of a housekeeper, chef and butler, as well as separate rooms for guests’ own staff, and underground parking. Food and beverage options include Le Kintessence, the gastronomic restaurant headed by Michelin-starred chef Nicolas Sale; Le Black Pyramid, serving breakfast, lunch and dinner; Le 8611 Bar, with live music; and Winston Klub, for after-dinner drinks and cigars. For relaxation there is the 550-square-meter Goji Spa by La Prairie, providing a range of treatments and an indoor pool, ski rental service and separate kids’ zones for small children and teenagers. A seasonal property, Hotel Le K2 will be open from mid-December to mid-April. 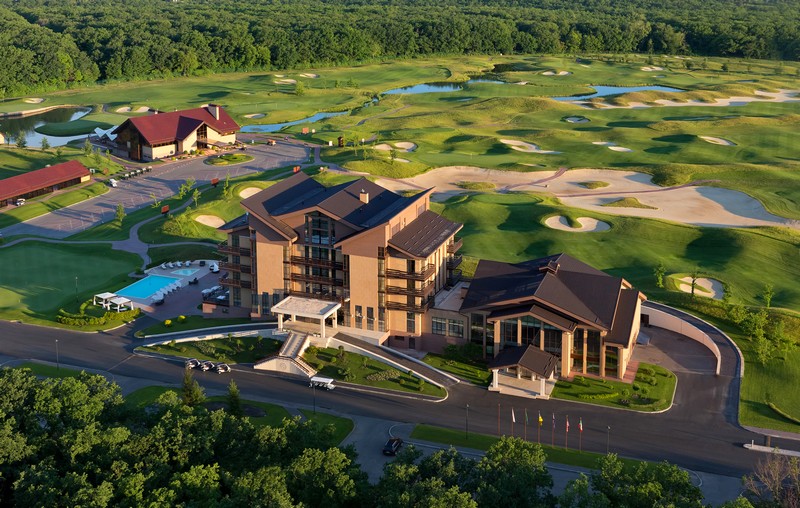 The Superior Golf & Spa Resort is just a 15-minute drive from the center of Kharkiv, Ukraine. Blending perfectly into the natural landscapes of the countryside, it is set in 64 hectares of private property surrounded by oak forest and a picturesque golf course. Guest accommodations are in 41 handsomely appointed rooms and four suites, all with views of the park or the golf course. Albatross Restaurant serves a sophisticated menu of local and European dishes, complemented by an impressive wine list. Other dining options include the Lobby Lounge and Bar, and the Glen Andrews Pub. In addition to the 18-hole golf course with golf academy and pro shop, there are three clay tennis courts, indoor and outdoor swimming pools, and a spa with Russian and Turkish baths, the Kneipp walk, Jacuzzi, and ice fountain, as well as a beauty salon, treatment rooms, a gym and a fitness room. 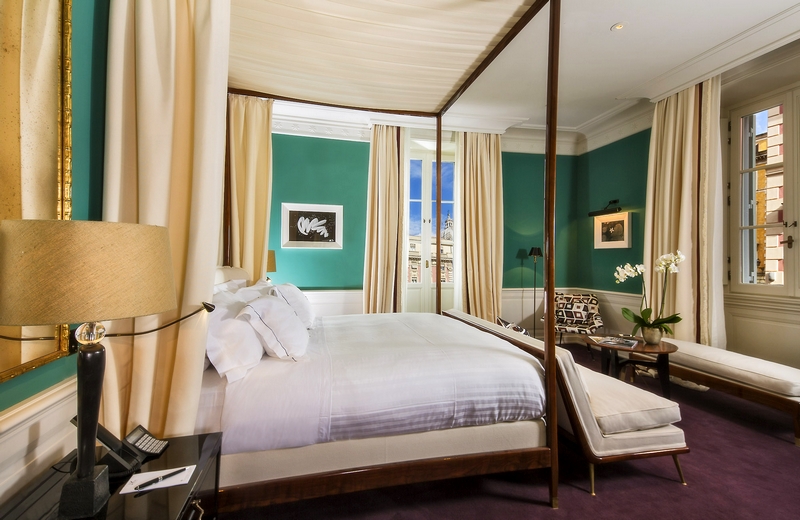 Designed by architect Michele Bonan, like its sister hotels in Capri and Florence, the J.K.Place Roma offers unique personalized services to guests visiting the Eternal City. Located next to the Palazzo Borghese, just minutes from the Spanish Steps and Via Condotti and all the city’s main attractions, the hotel features 30 handsome rooms and suites. Appointed with contemporary and antique pieces that capture the feel of the era of La Dolce Vita, they combine touches such as rosewood canopy beds with the latest technology and modern comforts to create a warm and welcoming luxury boutique hotel. The JKCafe Lounge, Bar & Restaurant serving Italian and international specialties, and the roof garden bar are the perfect places to relax the “J.K.” way. 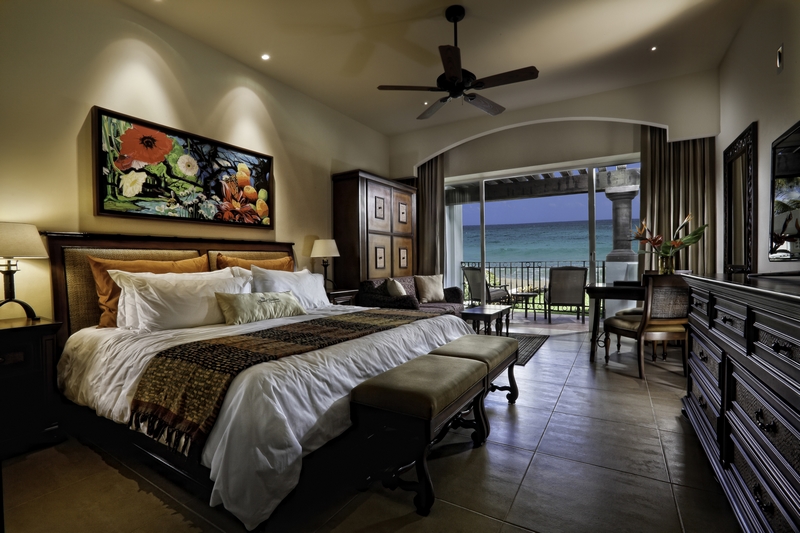 Grand Residences by Royal Resorts, due to open in December, is nestled on a magnificent beach just to the south of Puerto Morelos,
a peaceful fishing village in the Riviera Maya of Mexico. Surrounded by tropical gardens, this luxury retreat has a nature reserve and the Mesoamerican Reef, among the largest in the world. Inspired by traditional haciendas, the 107 suites are some of the most spacious on the coast, featuring expansive living areas, kitchens, and terraces or balconies with spectacular ocean views. El Faro restaurant, serving grilled seafood and steaks with Mexican influences, is complemented by the Lobby Café and Bar, Haven Beach Bar and the pool bar.

Opening late this year, The PuYu Hotel and Spa, located in the Wuhan commercial district of China is within easy reach of East Lake and the city’s attractions, and combines modern design and historical antiquity that is exclusive to the Hubei region. With an atmosphere of understated elegance and handcrafted luxury, the hotel is a serene hideaway in a bustling city. The handsome and elegantly designed 332 guest rooms and suites draw subtle references from its destination’s past, while discreetly incorporating state-of-the-art technology. Restaurants include SoHo, for gastronomic dining with buffet and a la carte choices; Damiano, serving contemporary Italian cuisine; and Jade Garden, offering Cantonese fare with 10 private dining rooms. Complementing the dining outlets are The Long Bar and WaiTai Bar on the rooftop. For recreation, the hotel offers the 2,700-square-mter URSpa with ten treatment rooms, as well as a fitness center and indoor swimming pool. There are also ten banquet and meeting rooms. 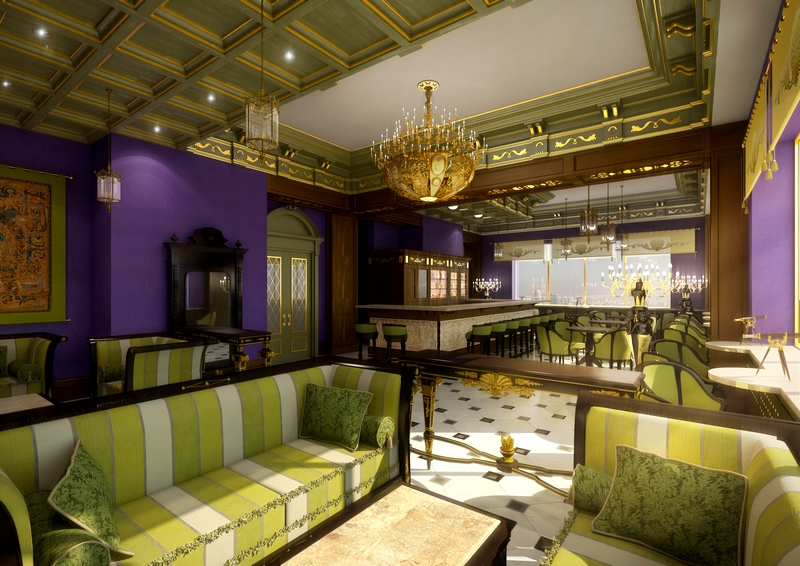 On track to open in May 2014, Astrum Spa & Conference Hotel Shelkovo is located 30 kilometers northwest of Moscow. Blending art, history and the cosmos, it is part of a unique sundial park, with astronomical devices installed on the hotel facade and nearby — harmoniously reflecting the distinctive concept of Hotel Astrum. The 184 handsomely appointed rooms and suites are furnished by Italian star designer and craftsman Francesco Molon, whose past projects have included luxury hotels in New York and the Presidential Office in Moscow. The interior décor has been conceived and executed by the Russian artist Igor Krivov. Dining options will include a French restaurant, a Japanese sushi restaurant and the Sky Bar. In addition, there will be a spa and a conference center with 11 versatile function rooms.