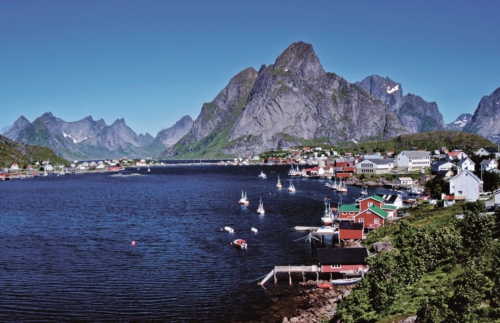 Louis XIV‘s marital stomping grounds, puffins’ Icelandic party pad, a former Prussian capital, Napoleon’s birthplace, and the gateway to Norway’s most scenic vistas are among seven European ports-of-call Crystal Cruises will be visiting for the first time this year. From Crystal Serenity‘s current trans-Atlantic voyage to Crystal Symphony’s reverse pond crossing in September, guests will be among the first Crystal travelers to stop in quaint communities, centuries-old fishing villages, and trendy cosmopolitan centers in Lithuania, Norway, France, Iceland, and Spain. 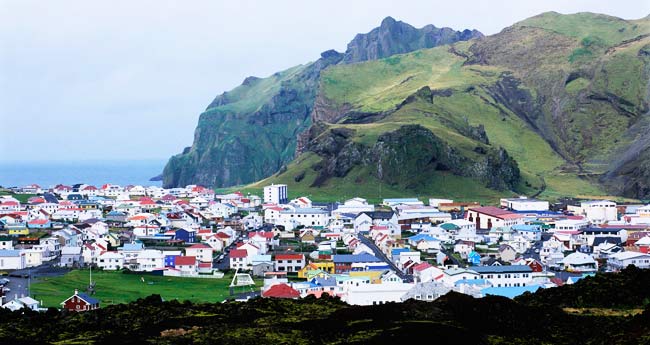 Klaipeda: The third-largest city in “hot” Lithuania, this historic east-west-south crossroads offers metropolitan architecture, as well as the natural beauty of the Curonian Spit right outside. Crystal Adventures: Birdwatch at the Vente Cape ornithological station, learn about local fairytales at the Hill of Witches Sculpture Park, bike through Old Town, or step inside a former Soviet nuclear missile base.

Heimaey: Virtually destroyed in a 1973 volcanic eruption, this rebuilt island of 4,500 people serves as home to 8 million puffins per year. Crystal Adventures: Explore caves
by RIB boat, motorboat past orcas and puffin colonies, or watch locals rope-swing over cliffs to collect bird eggs.

Bonifacio: French chicness and Napoleonic history are all crammed into this one medieval Corsican town, perched precariously on the edges of stunningly steep, limestone cliffs. Crystal Adventures: Canoe along the coast, ride a wheel train through the port, or trek cliffside hiking paths past wildlife and gorgeous views.

Palamos: This 800-year-old Costa Brava fishing village is famous for giant-sized prawns, water sports, and some of the best people-watching in Europe. Crystal Adventures: Segway around gothic Girona, taste Salvador Dalí via a visit to his home or a meal inspired by his favorite dishes, or daytrip to Barcelona for a behind-the-scenes tour of Barca Team’s Football Club Stadium.