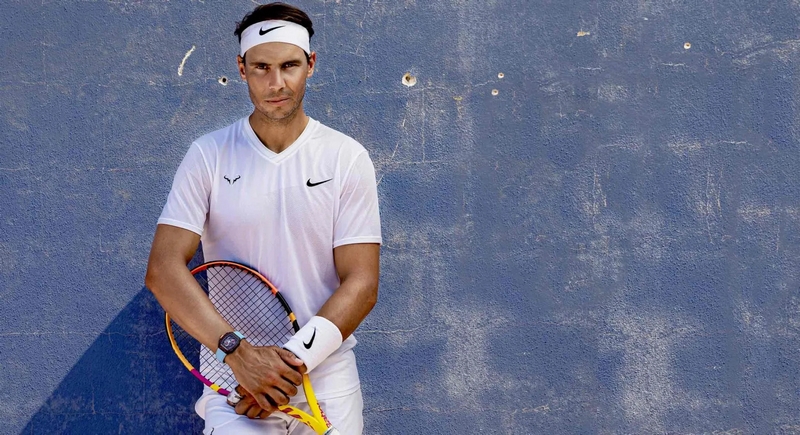 A crowning achievement for Richard Mille and Rafael Nadal, this new model fits in perfectly with the previous watch collections created for the Spanish champion. It is unique in more ways than one, as it also marks the 10th anniversary of the partnership between Rafael Nadal and Richard Mille.

“After 10 years of partnership, and having spent time with Richard’s teams, I’m still fascinated by the talent, passion and unrelenting quest for excellence that are the hallmarks of the brand,” said Rafael Nadal. “Only a few people in the world are capable of achieving such a level of technical prowess.”

“Ever since our partnership started, I’ve always had the feeling I’m still playing tennis without a watch on my wrist. It’s pretty unique! Today, wearing them has become part of my sporting routine and I couldn’t do without them,” added Rafa.

“The spec list reads like a supercar compared to more common commuter fare options,” commented hodinkee.com. Total weight? Thirty grams (with the strap!) and only 3.4 grams for the cable-suspended, manually-wound tourbillon movement. The case is made of something called “TitaCarb” and, like past examples, it’s been designed to be worn by Nadal while he’s playing tennis.” 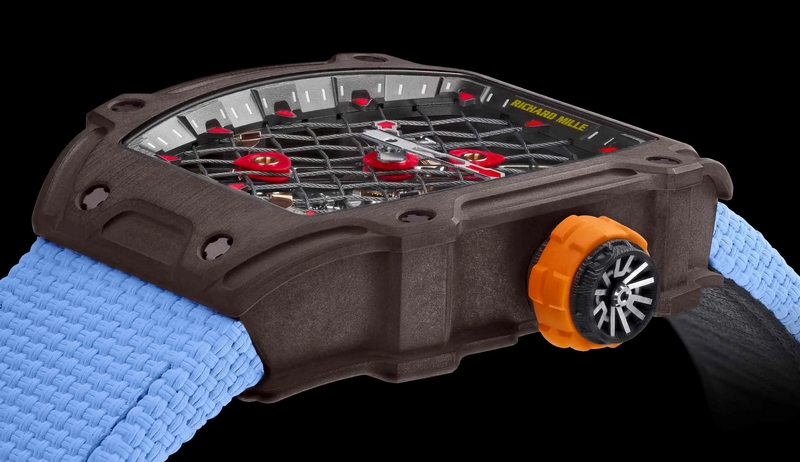 The case is made from a brand new material exclusive to Richard Mille: TitaCarb.

It is a high-performance polyamide that has been reinforced with up to 38.5% carbon fibre by the teams at Richard Mille and at its loyal partner,  Biwi SA. Thanks to this injection of carbon, TitaCarb offers an exceptional tensile strength of 370 MPa, (3,700 kg/cm2).

In addition to its elevated fracture resistance – which is close to that of steel – this material, used in the most demanding industries, is ideal for machining the components of this case. Its solidity and rigidity, coupled with its low thermal expansion coefficient and high resistance to humidity and temperature make it the ideal material for meeting the specifications of a watch intended to venture out on court with Rafael Nadal. 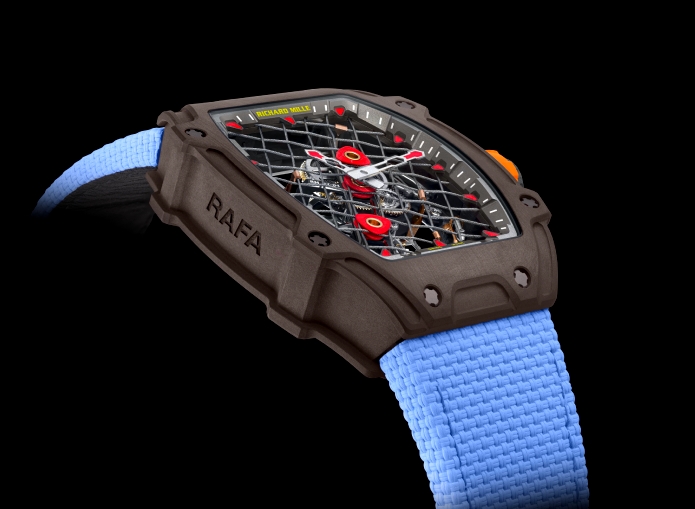 CABLE-SUSPENSION MECHANISM: This calibre is based on a microblasted string mesh that is brand new to watchmaking.

Inspired by the process used to string a tennis racket, the watchmaker starts by securing the steel cable to the turnbuckle at 5 o’clock. He then proceeds to weave the mesh structure, stringing each of the main strings one after the other before beginning to interlace the cross strings.

Weaving over and under the main strings, the cable enters the hollowed-out titanium flange 38 times before ultimately finishing its journey in the turnbuckle at 10 o’clock. The regular angles formed by these strings limit excessive friction and localised wear on the main strings during the many impacts sustained over the course of a tennis match.

The movement is then connected to the string mesh via five polished grade 5 titanium hooks with a 5N gold PVD treatment, which originate at the back of the baseplate.

Designed to stay in suspension within its case, the calibre RM27-04 can withstand accelerations of over 12,000 g’s : a new resistance record at Richard Mille.

Vibration dampeners have been added to the tourbillon chatons, the barrel and the hands to help centre the movement during insertion and absorb any vibrations along the string mesh that could disrupt timekeeping. 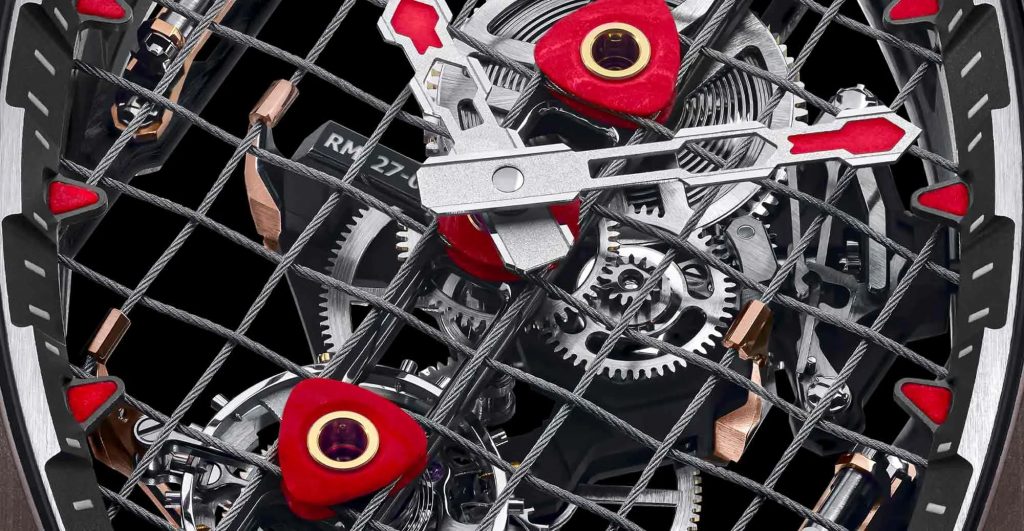 The baseplate and bridges are crafted from grade 5 titanium, a biocompatible, highly corrosion-resistant and remarkably rigid alloy, which guarantees the perfect functioning of the gear train.

The alloy is 90% titanium, 6% aluminium and 4% vanadium. The use of grade 5 titanium combined with a black PVD treatment lends the whole assembly great rigidity, as well as precise surface flatness. This combination enhances the alloy’s mechanical properties, which explains why it is frequently used in the aerospace, aeronautics and automobile industries.

The skeletonised baseplate and the bridges were subjected to demanding and extensive validation tests to ensure they meet the most rigorous strength requirements. 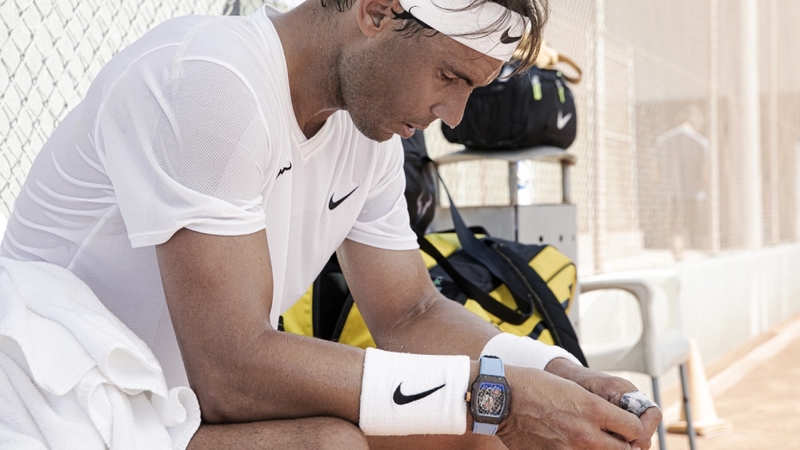 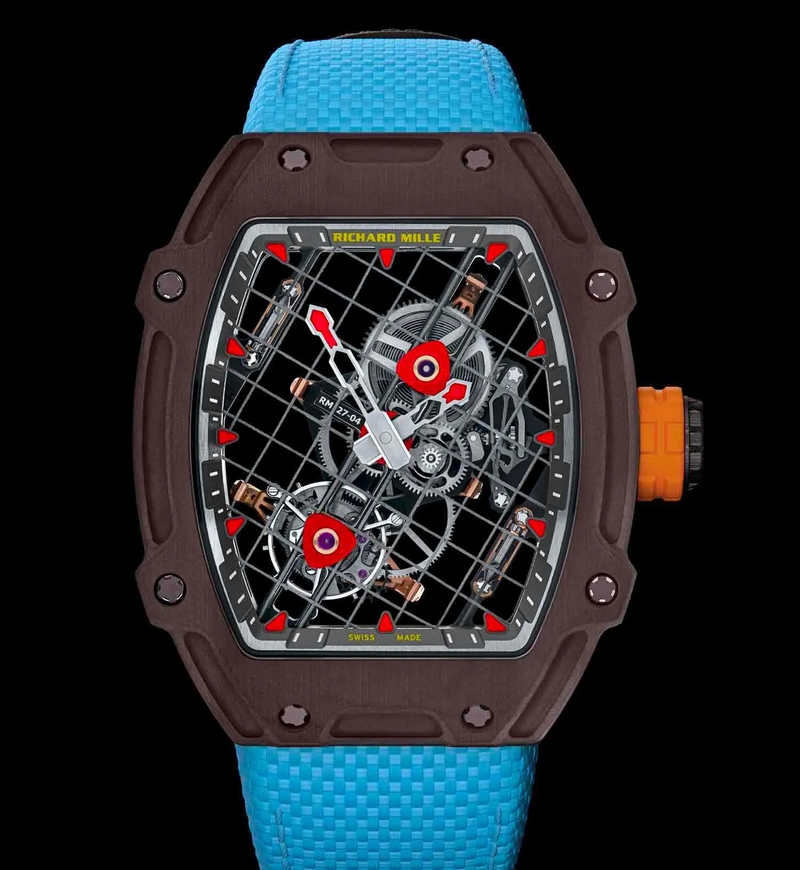 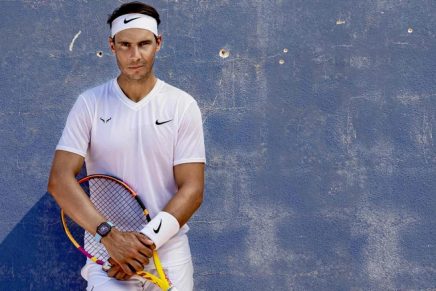 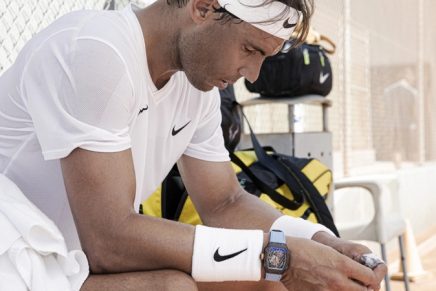 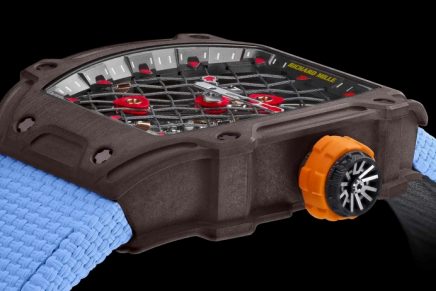 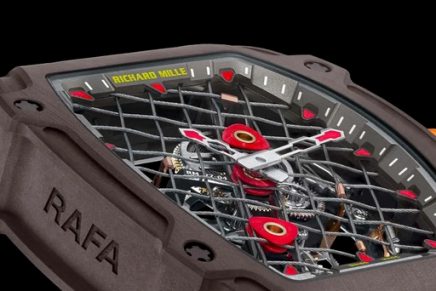 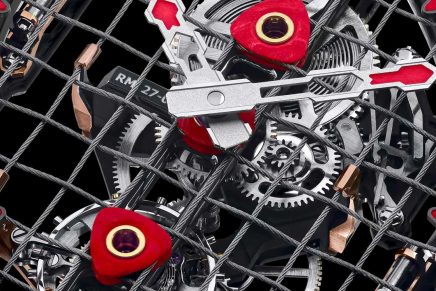 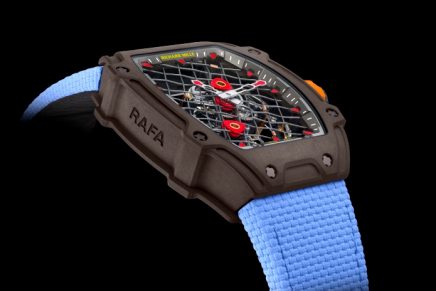 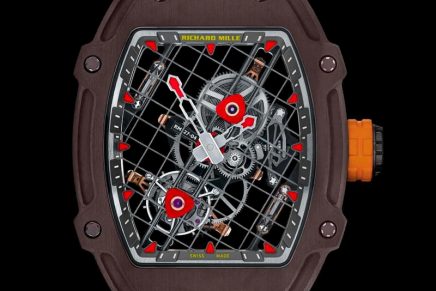