McLaren Automotive turns up the heat at Geneva Motor Show with unveiling of track-only McLaren Senna GTR Concept, the Bespoke McLaren 720S by McLaren Special Operations, and the confirmation that forthcoming ‘Hyper-GT’ will be capable of exceeding 243mph (391km/h) – the peak speed of the iconic McLaren F1. 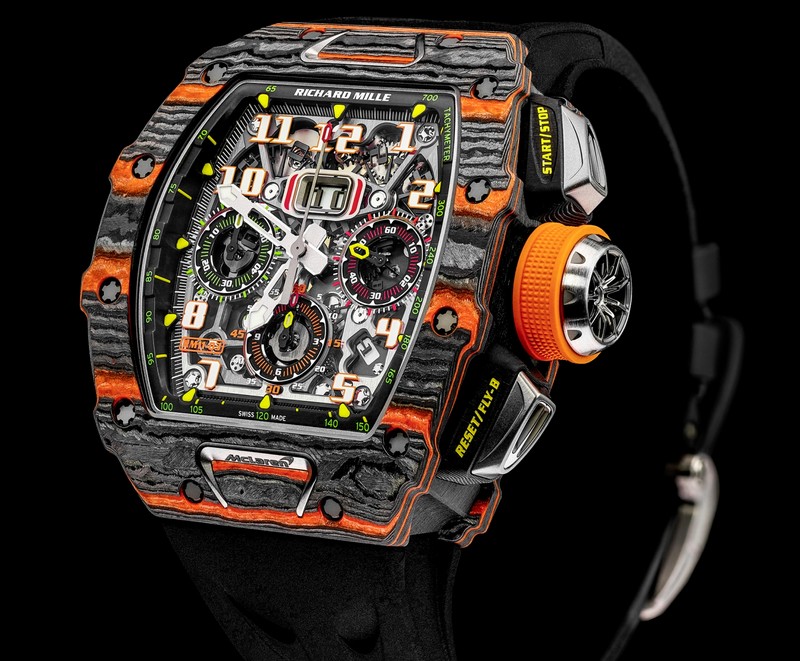 Limited to just 500 pieces globally and priced at 180,000CHF plus tax, the watch will be made available mainly to Mclaren Ultimate Series clients. The RM 11-03 Mclaren, created in close collaboration between Mclaren design Director Rob Melville and Richard Mille Engineer Fabrice Namura, has been in development since Mclaren automotive and Richard Mille partnered in 2017, uniting a mutual interest in unique design, the use of new materials and modern craftsmanship.

These influences, as well as design cues taken from McLaren’s range of luxury sportscars and super cars, are reflected in this special timepiece. The case of the RM 11-03 Mclaren is made of Carbon TPT interlaced with Orange Quartz TPT, resulting in an extremely resistant and lightweight case while paying tribute to a colour that is synonymous with Mclaren. The Carbon TPT enhances the mechanical performance of the RM 11-03 and offers resistance to harsh environments.

The titanium pushers fitted to the Carbon TPT case echo the design of the distinctive headlights of the Mclaren 720S. Titanium inserts, similar in shape to the iconic Mclaren F1’s air-intake snorkel and bearing the Mclaren logo, adorn the bezel.

The complex grade 5 titanium crown is shaped like a Mclaren lightweight wheel and the Mclaren Speedmark logo is incorporated into the rubber strap specifically developed for this watch. The RM 11 -03 Mclaren features the automatic RMAC3 calibre mechanism, first launched in 2016, with a flyback chronograph and 55-hour power reserve. The instant return of the counter to zero makes it possible to quickly restart the stopwatch function. 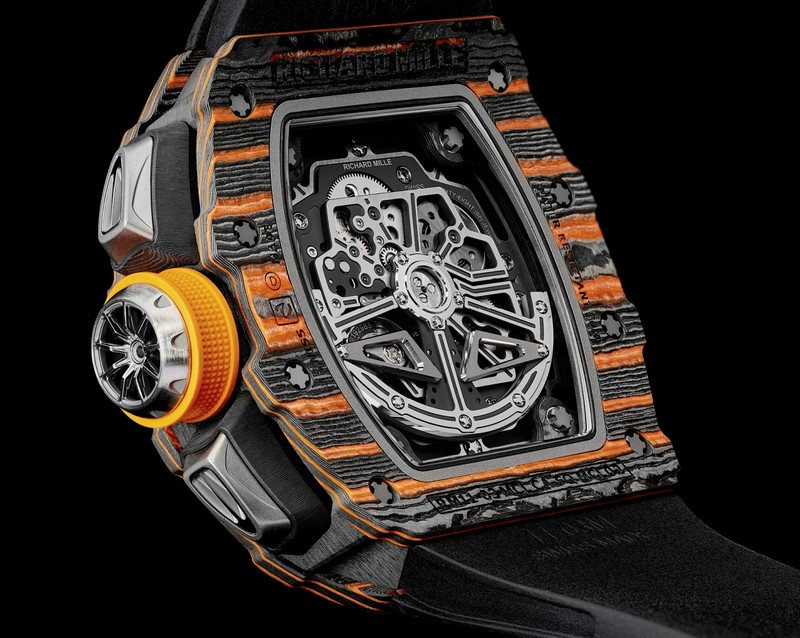 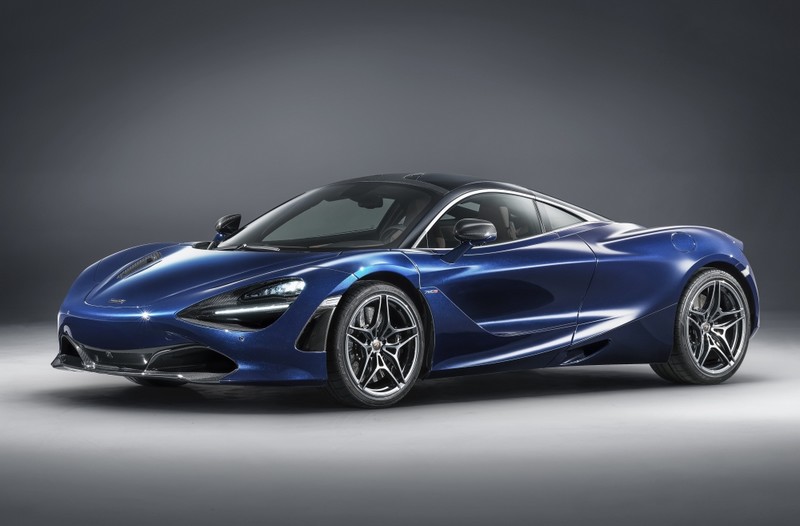 An award-filled year on from its world premiere at the 87th Geneva International Motor Show, the McLaren 720S is again taking the Geneva spotlight with a breathtaking-in-blue bespoke creation from McLaren Special Operations (MSO).

Combining the deepest of deep blue paint finishes specially formulated for the car with a classic Saddle Tan leather interior, the McLaren 720S in Atlantic Blue by MSO presents the dynamism of the McLaren Super Series wrapped up in a timeless, luxury-accented allure.
Unveiling the McLaren Senna GTR Concept at the Geneva International Motor Show, McLaren Automotive CEO, Mike Flewitt, confirmed that up to 75 examples of the most extreme McLaren car ever will be hand-assembled in Woking, England, during 2019.

McLaren also confirmed that its forthcoming new ‘Hyper-GT ‘, codenamed BP23, will achieve the highest top speed of any McLaren yet with the capability to exceed the 243mph peak speed of the legendary McLaren F1 road car. 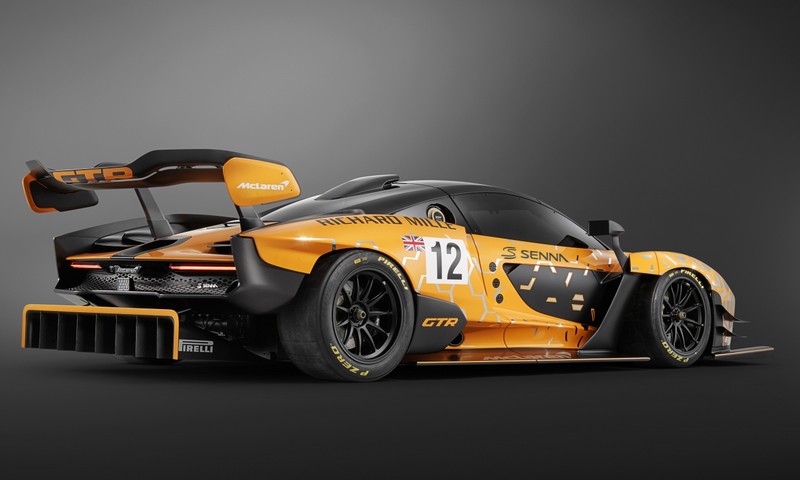 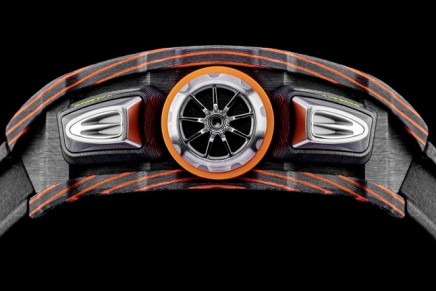 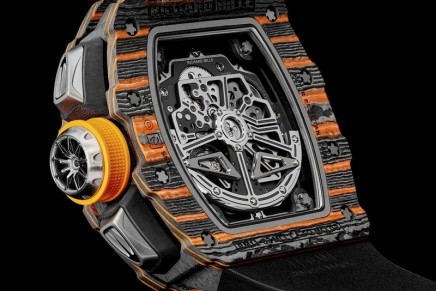 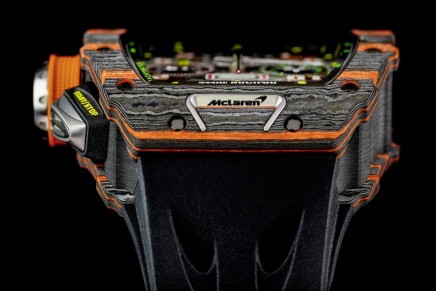 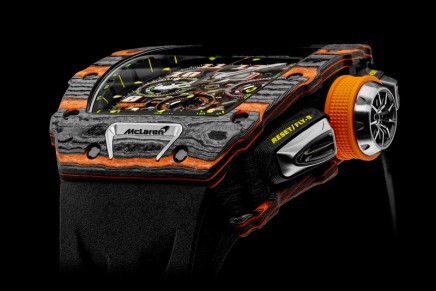 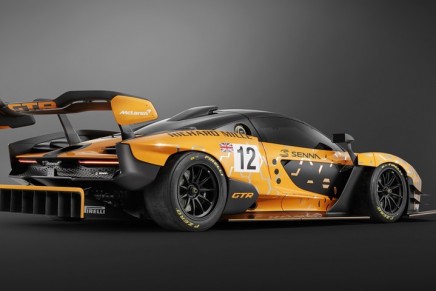 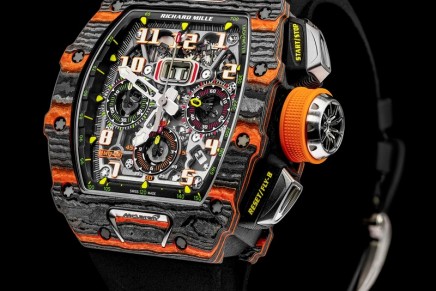 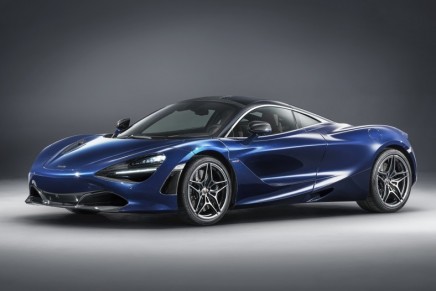