Revolver 42 – an absolute anomaly on the docks.
From Rome to Porto Cervo only an helicopter may be faster but you won’t have the same fun and then… it won’t take you for a swim! 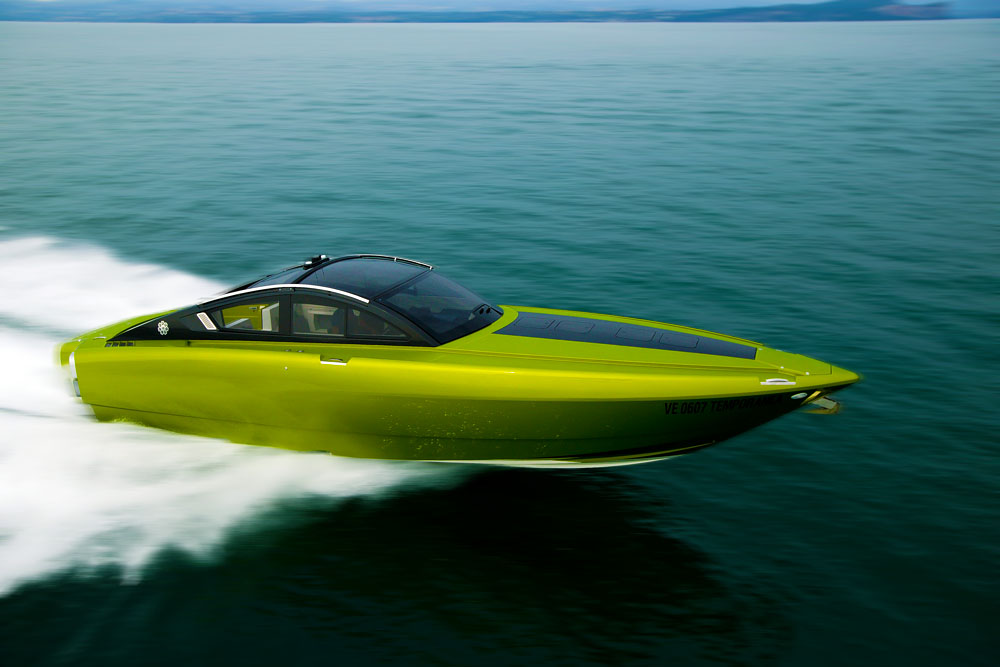 The young Italian power boat company Revolver Boats stands apart from the crowd with its Revolver 42 (R42). It overwhelms the viewer with a citron-green hull, a tinted black superstructure, and exclusive features of the engine room which pushed Revolver 42 to a top speed of more than 65 knots.

A meter wider than an offshore, a meter narrower than other boats of the same length, R42’s hull is fast, stable and manageable while providing comfort and space incomparable with high-performances’ boats. Ultimately, since her racing hull is very efficient and the boat is built with very light materials, Revolver 42 ensures lower fuel consumption per mile than the majority of gliding boats.

“It’s difficult to describe something really new. We could try to explain considering her hard features.For example consider the hard top which allows you to enjoy either a coupe’ or an open boat. Or the electric operated swimming platform which folds in the aft, and makes it easier to dock and pilot the boat. Not to mention the Italian style interiors with the open space concept for the first time on a boat. To finish with the simple, complete, functional “aero” cockpit, a joy to steer, or we should say to ride?!” explains the Revolver 42’s builder.

“R42 forms a new generation of boats: the sea GT’s. You can have fun by reaching unusual speeds, almost like an offshore boat, and maintain them for a long time thanks to the comfort of amortized seats and air conditioned cabin,” added Revolver Boats. 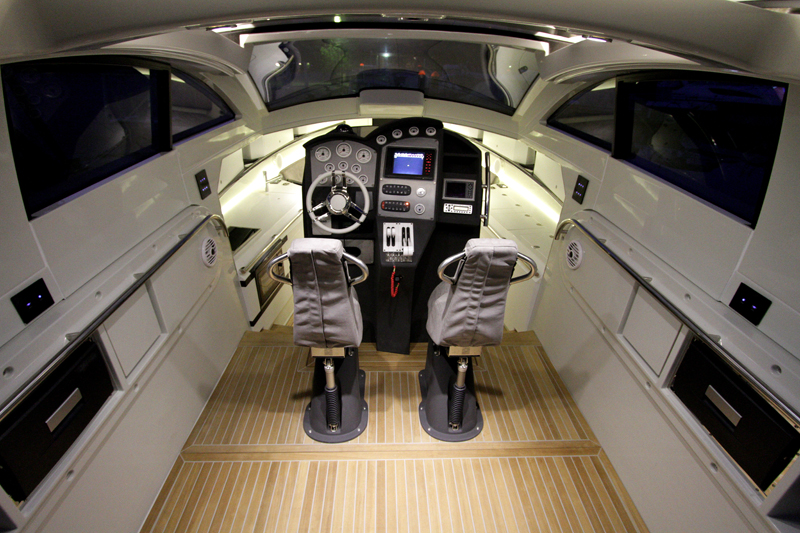 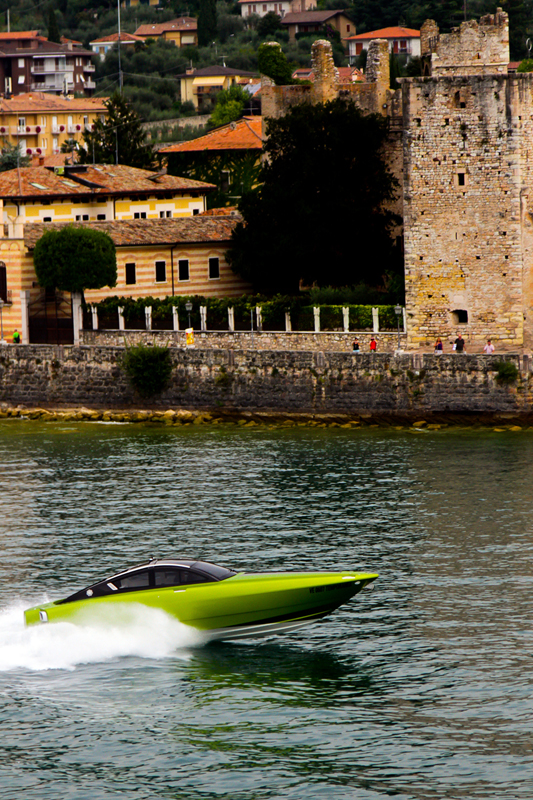 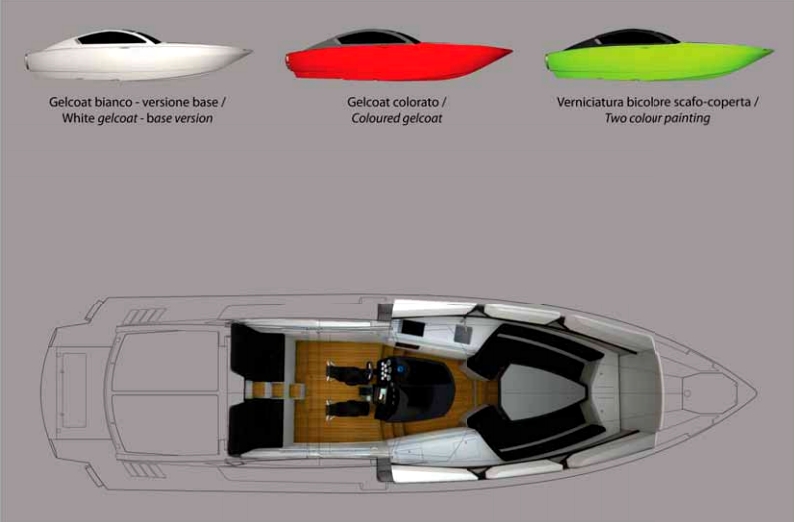 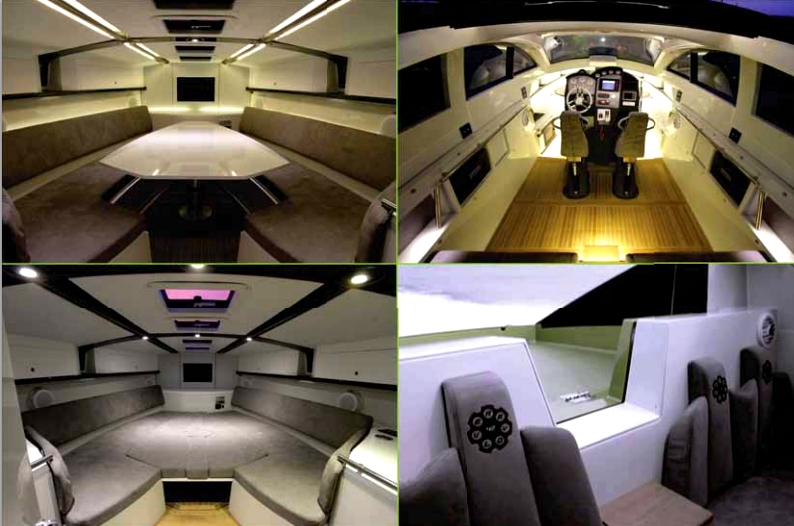 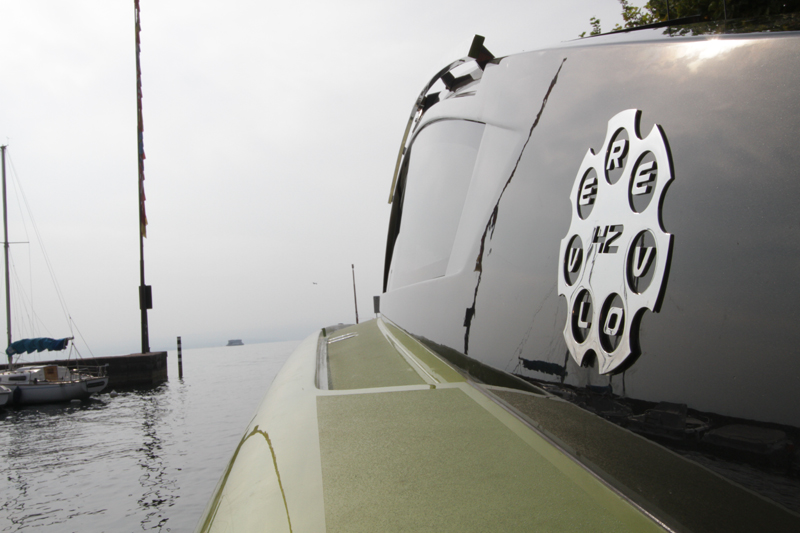 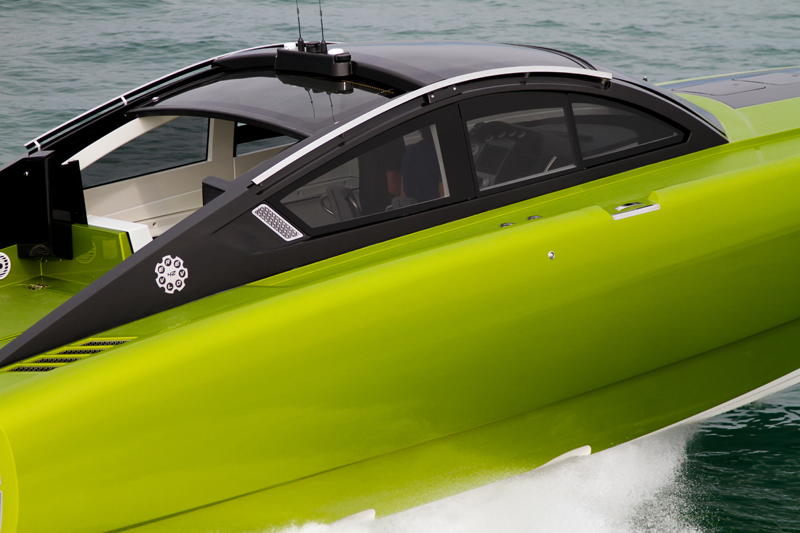 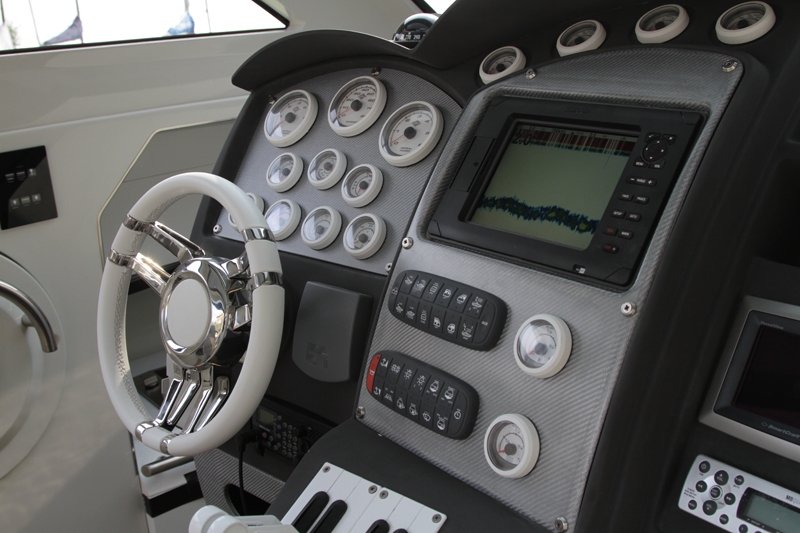 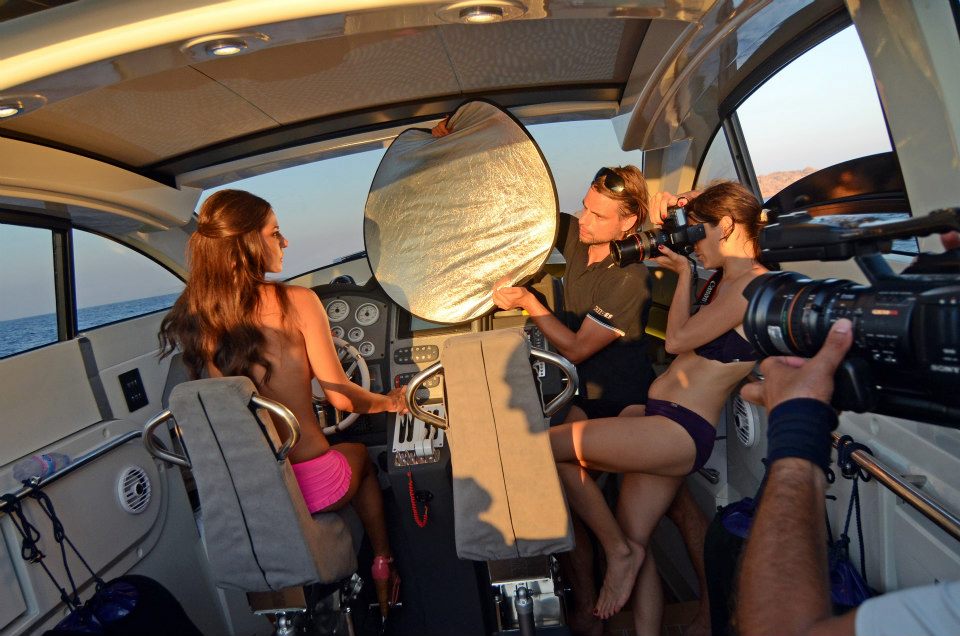 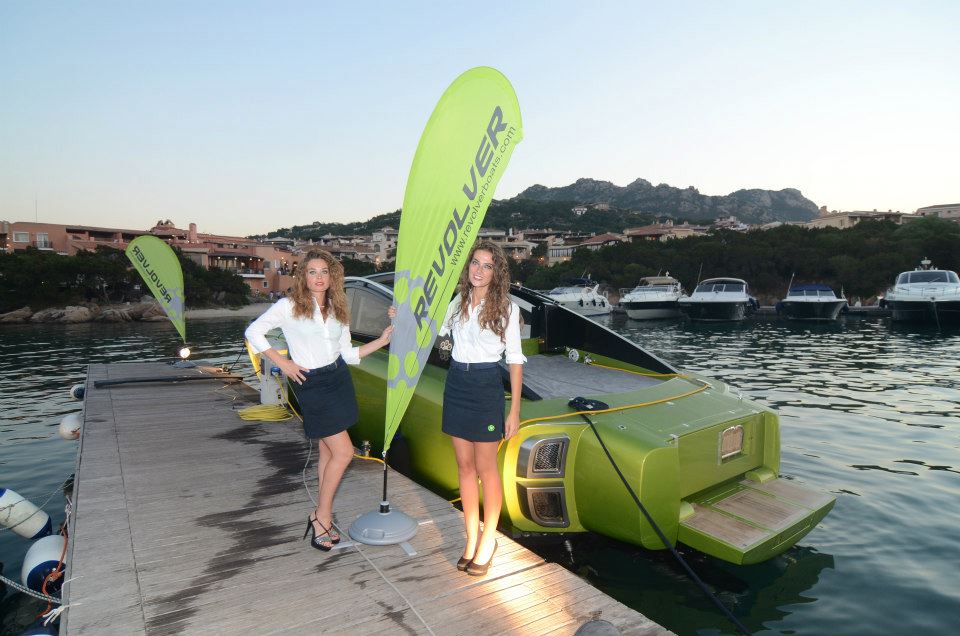 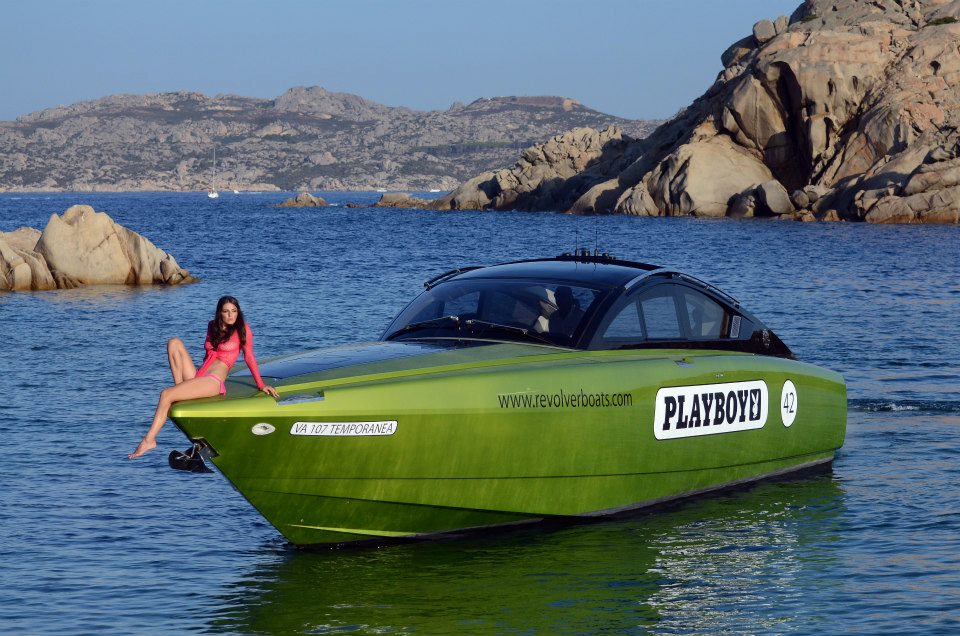