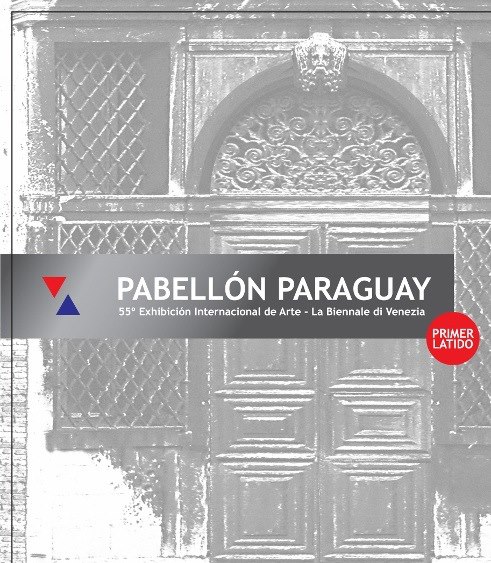 The 55th Venice Biennale – International Art Exhibition La Biennale di Venezia expects new national pavilions. Biennale adds pavilions of countries that have never participated before. The newcomers will include the Bahamas, Bahrain, Ivory Coast, Kosovo, Kuwait, the Maldives, Nigeria, Vatican, and Paraguay. The theme of the 2013 Biennale, from June 1 to Nov. 24, will be “The Encyclopedic Palace.”

The Exhibition Il Palazzo Enciclopedico (The Encyclopedic Palace) will be laid out in the Central Pavilion (Giardini) and in the Arsenale forming a single itinerary, with works spanning over the past century alongside several new commissions, including over 150 artists coming form 37 countries.

“Over the years – the President Paolo Baratta explains– in representing the contemporary, our curators have developed an insight of how important it is to place artists in a historical perspective or in a context of mutual affinities, by highlighting ties and relations both with the past and with other artists of the present. At the same time, in contrast with the avant-garde period, attention has increasingly focused on the intensity of the relationship between the work of art and the viewer who, though shaken by artistic gestures and provocations, ultimately seeks in art the emotion of dialoguing with the work, which should cause that hermeneutical tension, that desire to go beyond what is expected from art.”

“The next Biennale – Baratta adds – is taking a decisive step in this direction, and will give life to a great exhibition-research. With Il Palazzo Enciclopedico (The Encyclopedic Palace), Massimiliano Gioni, much more than presenting us with a list of contemporary artists, wishes to reflect on their creative urges and seems to push the question even further: what is the artists’ world? The prospective interest goes so far as to search for relations with different worlds; thus the exhibition will present works by contemporary artists, but also works from the past, different references, works that do not claim to be works of art, but which are part of the stimuli to imagine and dream beyond reality, dream another reality. That is, the visions that in the classical period helped arousethe artists’ “aspirations”, and in modern times are the obsessions of the same; and to give tangible

Paraguay is taking part in the 55th International Art Exhibition for the ﬁrst time, and is doing so with works of four Paraguayan artists under the title of “The Encyclopedic Palace of Paraguay”. It consists of works from various trends of contemporary art related to the main theme of the 55th International Art Exhibition – La Biennale di Venezia –curated by Massimiliano Gioni.

Pedro Barrail presents his work, “View of Point“, with an intervention in the main room where the paraguayan exhibition will take place. It comes to tackling the virtual space of the canvas with the real space of the room of the Palazzo Carminati. The internal facade would be erased by its own image, which will have printed in the center a red dot: “You are not here”. This situation would be the metaphor of Paraguayan cultural isolation and of its wandering in the surrounding world: “a real maze of advertising images and entertainment media‘. The work is inspired by the writings of Joseﬁna Plá. In one of her poems, she speaks of a “Landscape with no exit” such as the photographs, an unknown place, inhabited by dreams and silence, while we ﬂee to nothingness.

The proposal of Daniel Milessi, “Yasururu Sororo” (invasion?) refers to the history of successive invaders of Guarani country (now Paraguay) through the Game of War, a video which presents a revisionist conception of history, from colonial days to the present. This game, where nobody wins, is institutionalized: usurers, bankers, and exploiters, supported by the political class in action. Something very important, from an aesthetic point of view, is the discovery by Milessi of the similarity between the design pattern of a native carpet and the videogames in-8-bit. Therefore, the visual communication more suitable for Paraguayans would be: the video-games, part of the pop culture and the popular iconography. In fact the work is a video/animation/performance.

Diana Rossi was inspired by a prehistoric fossil, found recently in Paraguay. This is an installation that represents the anteater (“yurumi”) totemic animal of the indigenous tribe Ache-Guayakí of Paraguay. For them this mammal is considered genitor, sacred ancestor and icon of the ancient inhabitants of this land. It is made on the basis of “object-trouvé” such as bones, henhouse wires, discarded leather, Coke bottles, etc. The work also recalls the genocide committed against this indigenous tribe in 1973, during the long Paraguayan dictatorship and conducted by landless peasants and soldiers. The survivors were interned in a kind of concentration camp run by Christian missionaries. The children of the massacred were sold as slaves.The idea of Diana is to pay tribute to the memory of the disappeared from the tribe Ache-Guayakí.

The work of Felix Toranzos is characterized by a proposal that intends to continue in time, the architectural design, octagonal, called in greek “Horologion”, of the Andronico of Cirro (late first century B.C.) and that appears after 2000 years repeated in the dome of the National Museum of Fine Arts of Asuncion, Paraguay. This Museum has no physical space of its own in the country and is still looking for a final destination. This “Palace of the Winds”, which is also a clock of the elapsed time through history, has been transformed, thanks to the creativity of the artist, in a series of panels, printed with geometric figures of hermetic renaissance inspiration sealed by the purest Pythagorean tradition, where the geometry and the numbers are divine. The search for lost times is retrieved, in this way, through art.