This auction is a rare opportunity to own a piece of cinema history. The most iconic vehicle collection ever offered by Lloyds Classic Car Auctions. 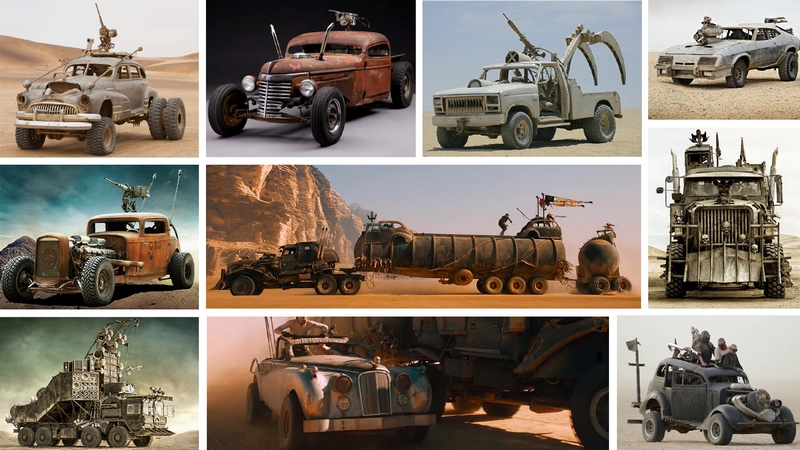 “Blown, super-turbo charged and armed to the teeth with weaponry and War Boys, the machines that outran the end of civilisation have been unearthed in the greatest barn-find ever recorded. Nitrous, noxious and no-nonsense harbingers of hell, marking man’s uncanny ability to wring beauty even from that designed for death and destruction, art from power, meaning from machine.” – Lloyds Auction. 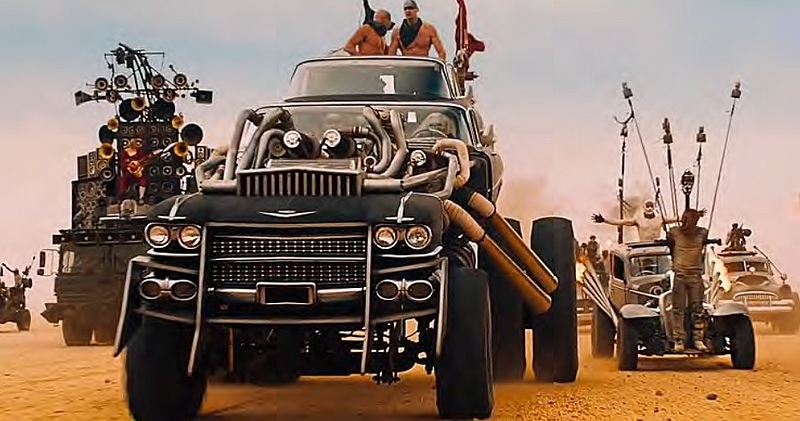 Mutant A pair of 1959 Cadillac Coupe de Villes in flagrante delicto are split, widened and mounted one to the other, pitched at a rakish angle by huge double rear wheels and powered by twin V8’s slaved to a handmade gearbox capable of harnessing and harmonizing the ultimate power of the ultimate leader. The flagship of the Citadel’s Armada, The Gigahorse is memory of past glory and pledge of future victory. Armed with whaler’s harpoon and the devil’s own flamethrower, The Gigahorse is likely the first thing you hear and the last thing you see on the Fury Road. 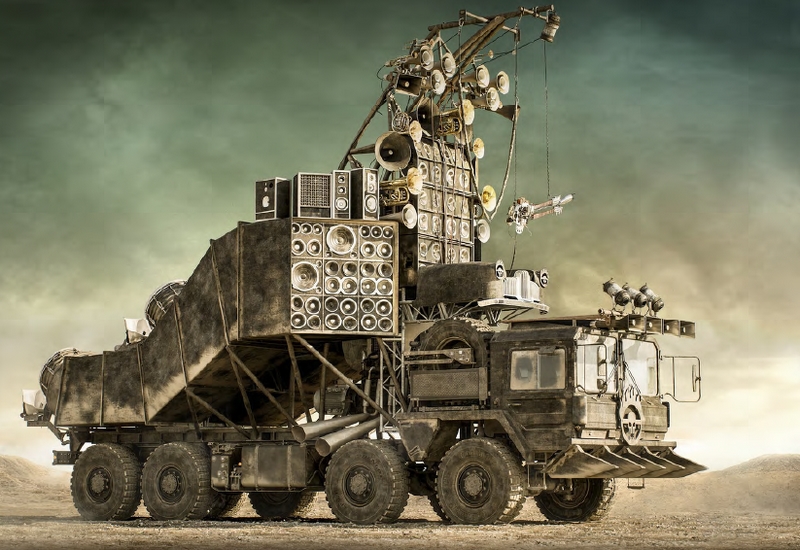 Every army has a little drummer boy, to keep the beat and stir the heart, and the War Boys of the Wasteland are no exception. Here, mounted drummers pound a taiko beat on huge resonators built of aircon duct, while Coma The Doof Warrior, blind and disfigured, slung in a web of bungy and spread-eagled before a stack of speakers, hurtles across the desert landscape on a repurposed 8 x 8 M.A.N. missile-carrier. The wail of the banshee, the distorted lick and demented, driving bass, the call to arms and the baying for blood, all music to the ears and grist to the mill, a symphony, a song, a single scream, the soundtrack to the end of civilization. 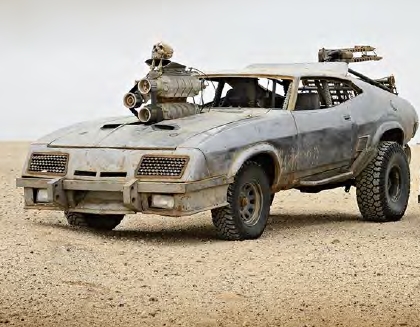 Recently salvaged along with the full-life Max, the XB Interceptor has been resurrected in the crucible of the Citadel, jacked up on off-road rails and supersized wheels, double-aspirated V8 blower now topped by skull sucking air into Scott Hat as Slit sits atop the shiny-chrome assassin, jockeying hundreds of horsepower and a handful of hate down mankind’s final straight to a finishing line ever closer and ever more … final.

Mutant lovechild of semi-trailer and hot rod, twin V8’s end-to-end, 6 wheel-drive, eighteen-wheeled leviathan charged with the barter of fluids and firearms that binds the three city-states of the Wasteland in tenuous alliance. She (and ‘she’ she most definitely is) bestrides the Fury Road, a beast of war as much a beast of burden, piloted by the most trusted warrior and heralded driver of the Citadel, Furiosa. A dozen elite War Boys hunker down on the truck and trailers of this massive machine and a convoy of cars and motorbikes track with her across the desert, a finger to the apocalypse and the downfall of man. 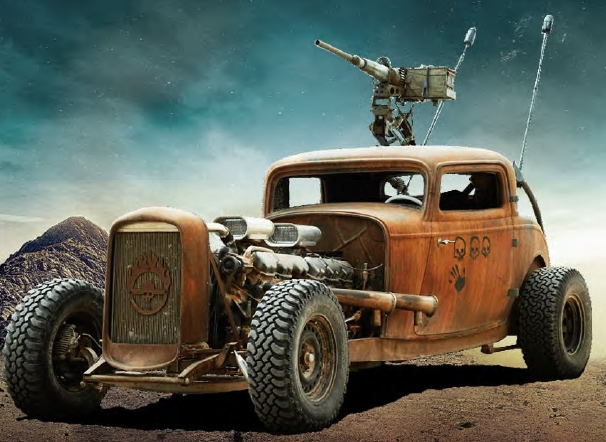 A pair of GMC 6’s slung end-to-end on the extended chassis rails of a 3-window Coupe make for the guttural rumbling of a V12. With nitrous injection and a single gunner keeping the power to weight ratio way down Elvis earns his place as the hi-speed outrider of the War Rig convoy, the heartbeat of barter on the Fury Road. 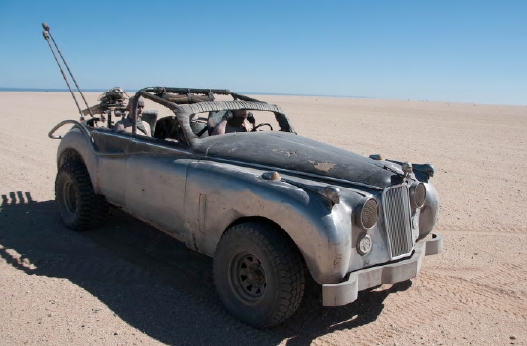 The sandblasted and shiny chassis speaks of construction once upon a time in GasTown, but it has now found fame as part of Furiosa’s convoy: such is recycling in the shifting sands of the Wasteland. 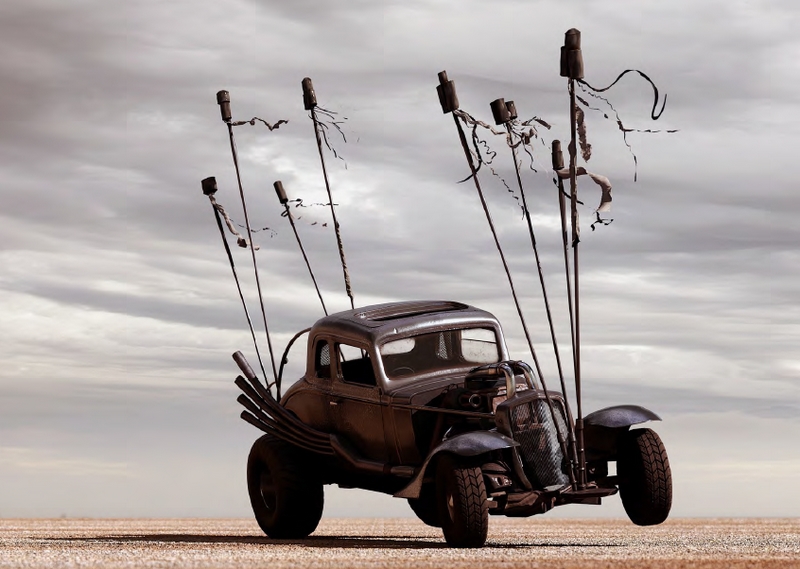 A super-turbocharged, nitrous-boosted 5-window Deuce Coupe. This vehicle is every hotrodders’ dream and the perfect chariot for young Nux.

“Payment can be accepted in any currency, including cryptocurrencies as we outrun the end of civilisation. Nitrous, no-nonsense shipping can be arranged for anywhere in what’s left of the World.”  – lloydsauctions.com.au 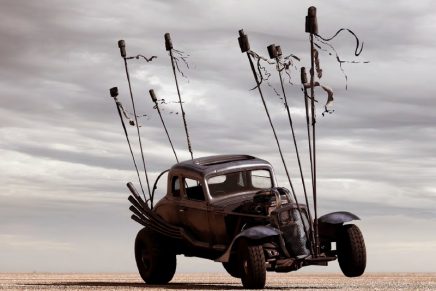 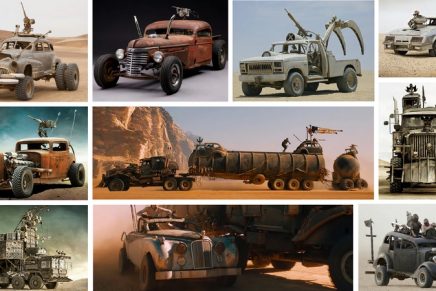 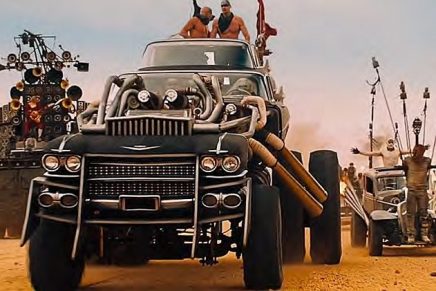 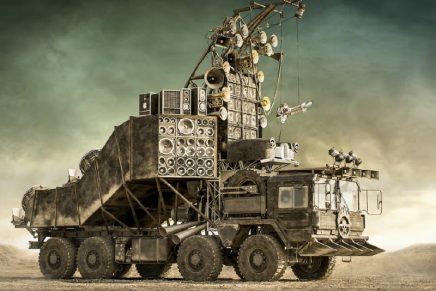 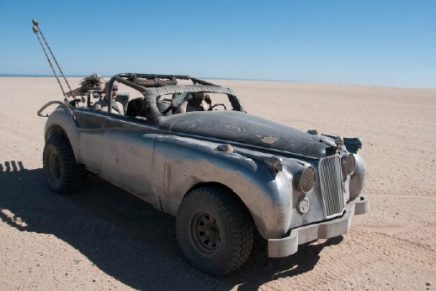 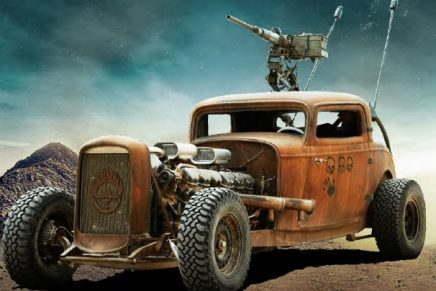