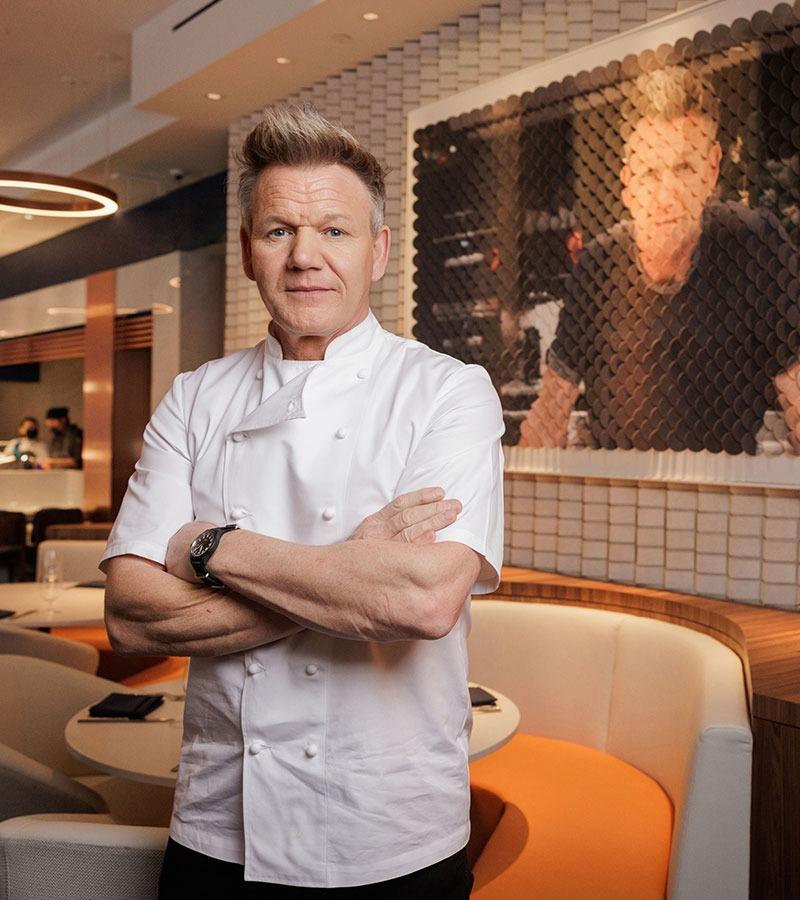 Multi-Michelin-starred chef and television personality Gordon Ramsay has made his flavorful mark in Las Vegas with Caesars Entertainment for the sixth time. Ramsay’s Kitchen, a concept inspired by Chef Ramsay’s travels abroad, made its official debut at Harrah’s Las Vegas on Wednesday, Nov. 16. 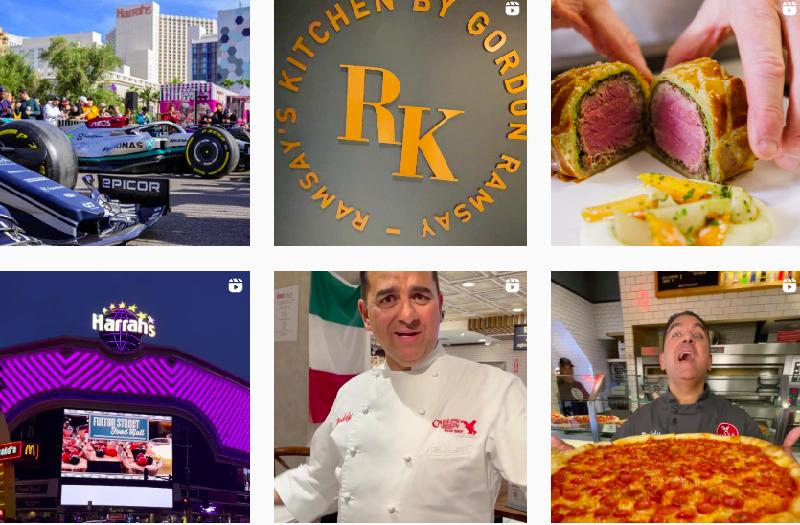 “Ramsay’s Kitchen marks one of the biggest openings in Harrah’s history,” said Dan Walsh, Senior Vice President and General Manager of Harrah’s Las Vegas. “Not only are we excited to offer an incredible dining experience to our guests for lunch and dinner, but Ramsay’s Kitchen is also a great, convenient option for those attending meetings and events at CAESARS FORUM Conference Center.”

“I can’t wait to introduce one of my newer restaurant concepts and the first of its kind on the West Coast to Harrah’s guests,” said Ramsay. “The menu features some of my favorite dishes I’ve created at home in my own kitchen, but with that special Vegas flair.”

The dining establishment features an open and inviting bar that welcomes guests and sets the tone for the upscale feel of the restaurant. An attention-grabbing focal point is a collection of glass-blown copper-colored pendants that cascade from a reflective ceiling in the main dining area. A theater kitchen and seven-seat seafood counter and raw bar anchor the lower dining area, which features a floor-to-ceiling custom wine display highlighting the vast selection. The space features a three-dimensional art piece made of coasters that depict Chef Ramsay. A private dining room seats 12 and offers a glimpse of the action on the cook line.

Ramsay’s Kitchen at Harrah’s Las Vegas is open daily from 11 a.m. to 11 p.m. in the former Oyster Bar space. 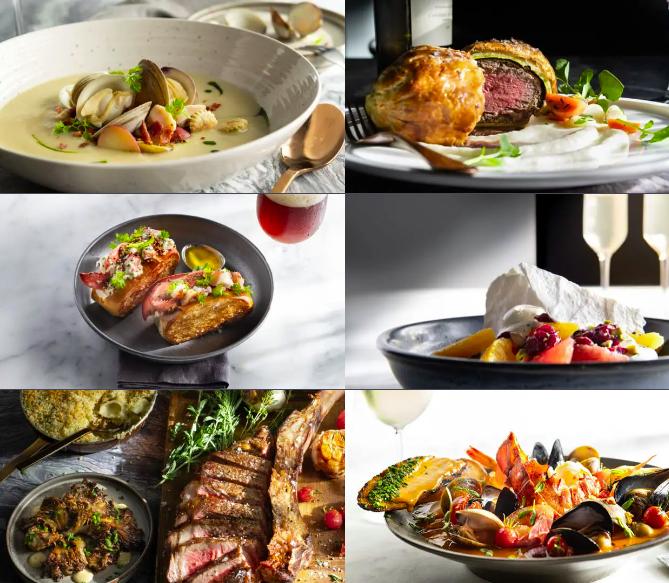 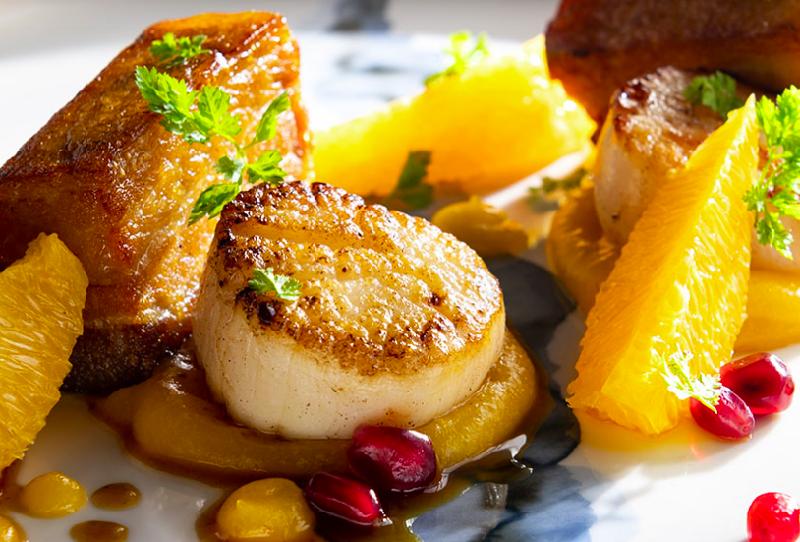 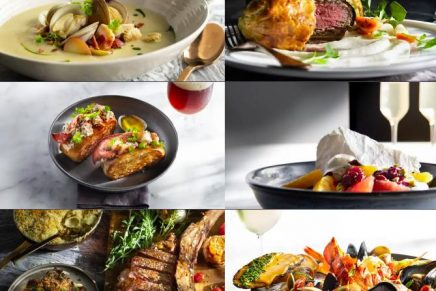 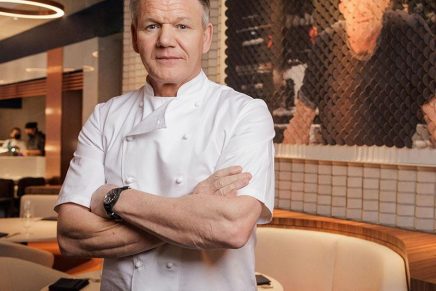 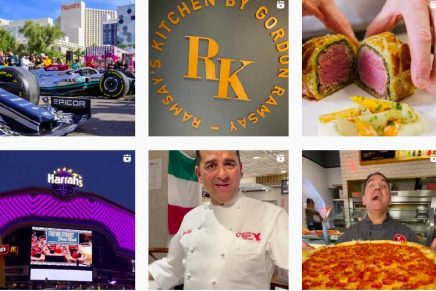 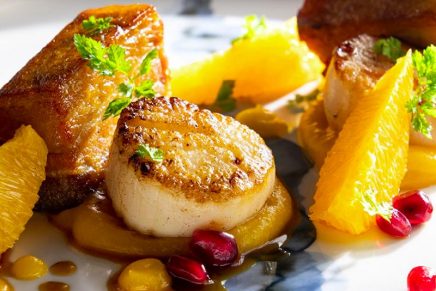 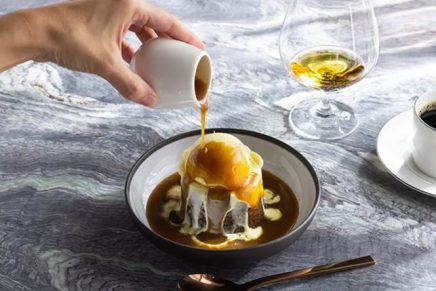