Dior will provide the official wardrobe for the Parisian club.

Dior announces its new partnership with Paris Saint-Germain as official tailor to the football team for the next two seasons. In shades of navy and black, formal and casual looks have been designed by Kim Jones. 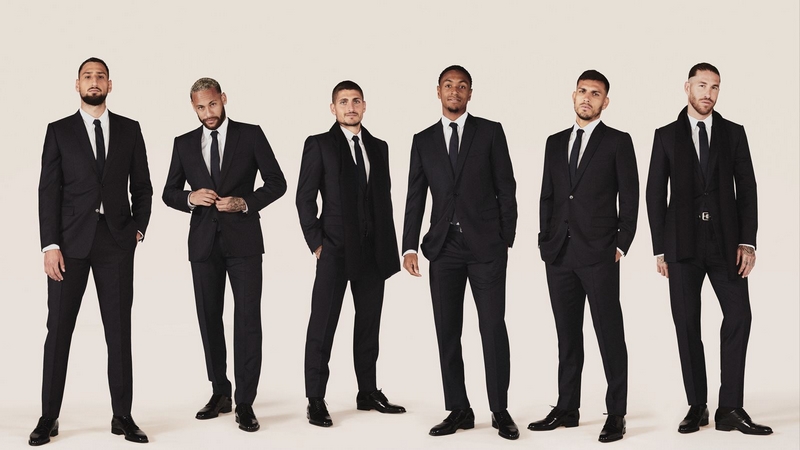 Paris Saint-Germain continues its pioneering foray into the world of fashion with Dior‘s help.

Paris Saint-Germain and the house of Dior have signed a two-year partnership. Starting this Fall, French luxury Maison Dior will provide the official wardrobe for the Parisian club and will outfit the Rouge & Bleu team. It seems a little bit unusual in the era of collaborations, but this sports club partnership is a premiere for Dior house.

With this partnership, Paris Saint-Germain sports club continues its pioneering foray into the world of fashion and lifestyle. The club shares the house of Dior’s passion for Paris, whose global influence is enhanced by the two brands’ creativity. 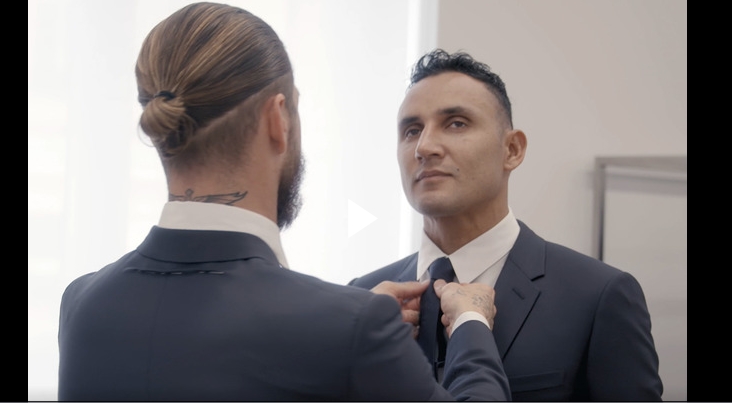 To mark this unique collaboration, Kim Jones, Artistic Director of Dior men’s collections, has designed a series of new creations for the next two seasons. Spanning casual and formal moods, this elegant wardrobe combines black and navy-blue shades – in tones specially designed for the Paris Saint-Germain team. The casual look is notably composed of a Harrington jacket, a knitted sweater and a polo shirt, all finished with an embroidered “Paris Saint-Germain” patch and the “CD Icon” initials, as well as the Dior Explorer derbies* in black leather, punctuated by the iconic Dior Oblique motif.

The formal outfit pairs a cashmere coat, a jacket, a shirt and pants, and a pair of black leather Dior Timeless derbies. The pieces are enhanced by other subtle details, reflecting Dior’s exceptional savoir-faire. The insole of the shoes is embossed, with a silver film, with the players’ jersey numbers. 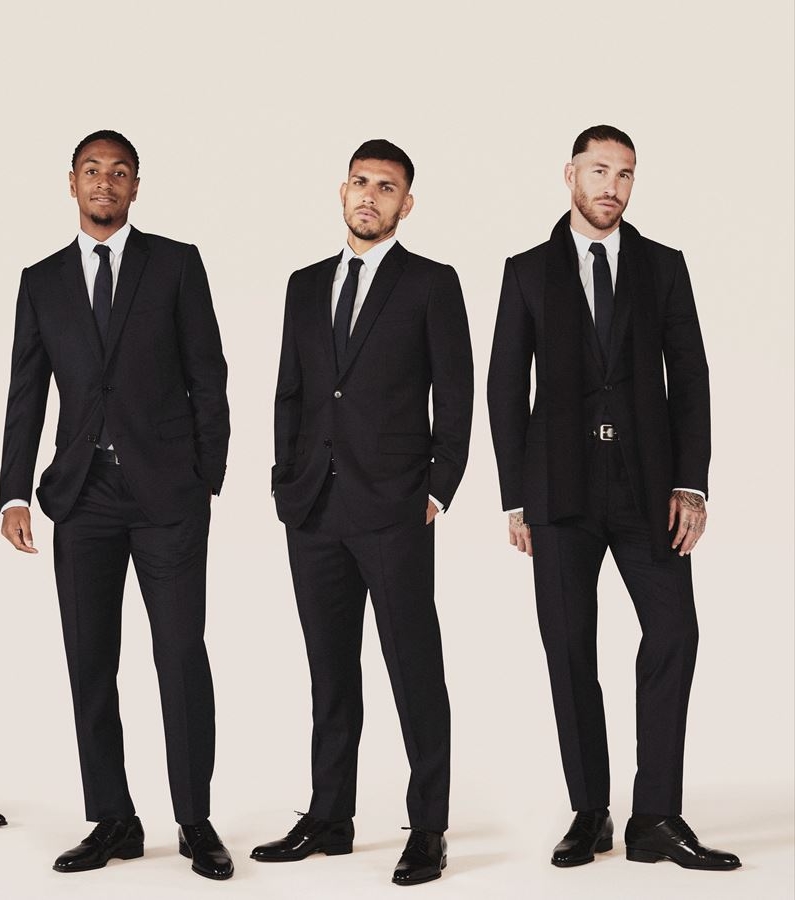 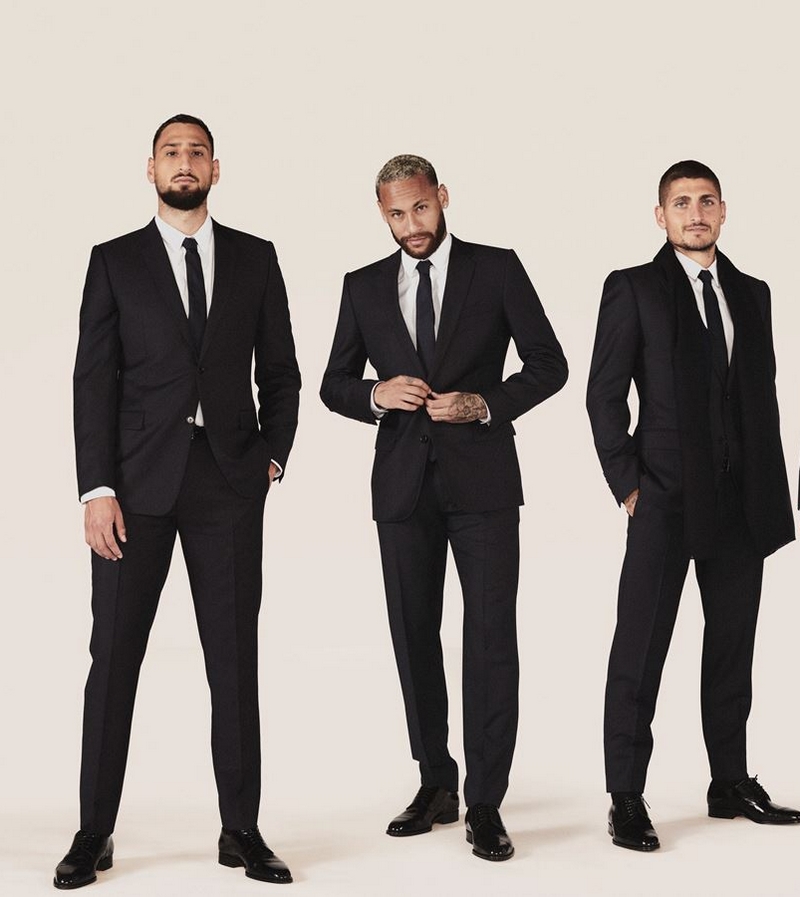 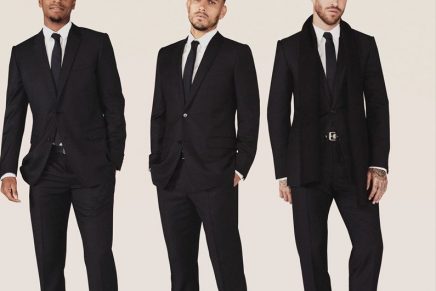 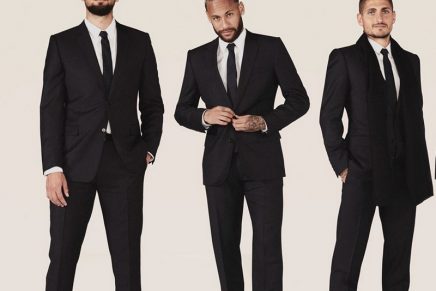 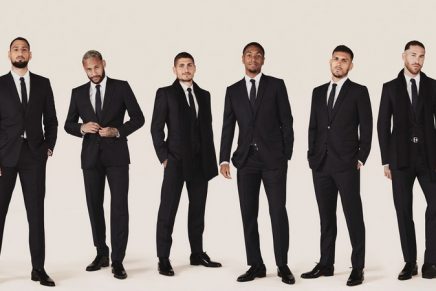 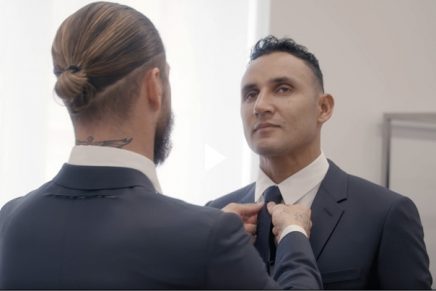