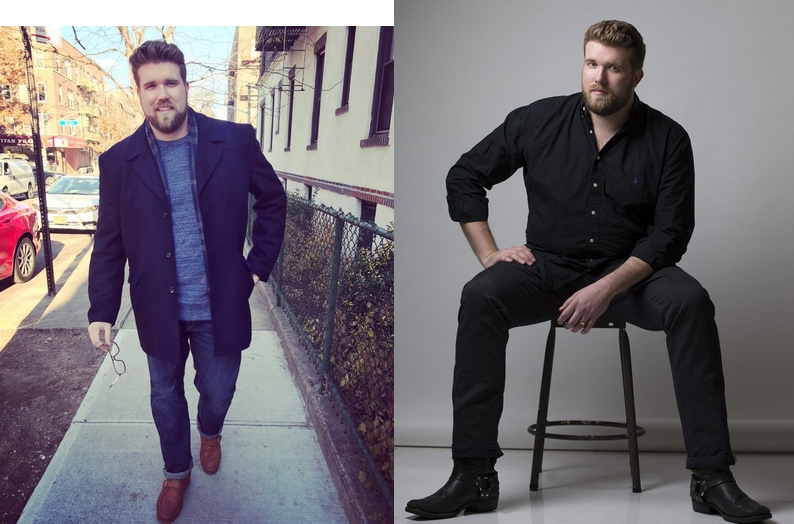 At 6ft tall with a 49in chest and 44in waist, Raul Samuel had always struggled to find stylish clothes that fitted him. In May 2017, he was looking online to try to find someone who looked like him and “wore clothes well”, so he could find out where they shopped.

“I couldn’t find anyone, so I Googled ‘plus-size’ males and came across an article about an agency looking for models,” he said. Samuels went for a meeting at Bridge – which describes itself as a “curve” agency – and within two weeks he was featured in an advertising campaign for the brand BoohooMAN. “It just took off,” he said. “My face was all over the [London] Underground.”

Samuels, 27, is just one of an increasing number of men who don’t have chiseled abs and a six-pack to find themselves in demand by fashion brands wanting a share of the growing plus-size men’s market. Modelling agencies are reporting a rise in interest in bigger male models, as more brands, from Asos and Boohoo to River Island have started to cater to men in larger sizes.

“The women’s curve market has become really well established in recent years,” said a spokesperson for the major international agency IMG. “We feel the men’s market will follow suit.” The agency is looking for more men to join its “Brawn” division, which currently has seven models.

Charlotte Griffiths set up the Bridge modelling agency in 2014 with the aim of representing models who promoted “diversity and healthy, positive role models”. “We were talking a lot about how important it was to have women of a range of shapes and sizes and of different ethnicities, and I remember some people saying it was hypocrisy just to focus on diversity for women,” she said.

Bridge started representing plus-size men in 2016 and it now takes up as much of the business as the women’s market. In May the agency opened its first office in New York which focuses exclusively on male models. “[The men’s market] has been around about three years and the women’s market has been around for 30 years. It’s really interesting to see that the demand is now 50/50 for us as an agency,” she said.

The definition of “plus-size” is often determined by brands, says Griffiths, but they generally look for a chest measurement of 45 inches and above. “Our priority was to find models who were big and tall and broad who would be large, XL and above, but who were still representing a healthy body and lifestyle,” she said. “The idea is to have a variety of healthy shapes and sizes and show that these male models could look good without being ripped with a six-pack.”

The demoralising effect of having one, often unattainable, body-type held up as the ideal is not just felt by women, said Griffiths. “The more we looked into it the more we found that men were suffering from the same feelings of insecurities and misrepresentation and they weren’t looking that certain way with a six-pack.”

Writing for the Chubstr, a fashion website for big and tall men, Zach Miko – the first model to sign with IMG’s Brawn division – said in May: “I model because I know that doing this makes a difference. Even if it’s just for the kid who goes by themselves to the middle school dance. I model for the boy who cried into his pillow after his first boy/girl pool party.”

Samuels says it certainly had an effect on him. “You start feeling bad about yourself and you start feeling like maybe the answer is to lose weight. To starve yourself or go on a low-carb diet or something like that, but that’s not the solution. I did lose some weight but it still didn’t make me happy and – because of my natural body shape – the clothes still didn’t fit how I wanted them to.”

Nemar Parchment, a 6ft 2in man with a 40in waist and a 50in chest, was working as a buyer for Asos when he was first approached about modelling. The brand was launching its Big and Tall range and was struggling to find models, he said. “When they stopped me and approached me I kind of thought it was a prank. I never in a million years thought it was a possibility, because I’d never seen anyone out there look like me.”

Parchment joined IMG last year. “Oh my gosh, I love it,” he said of modelling. “Firstly, the travelling – this year alone I’ve been to LA, San Francisco, Palm Springs. I also love the feeling that I’m breaking down barriers.”