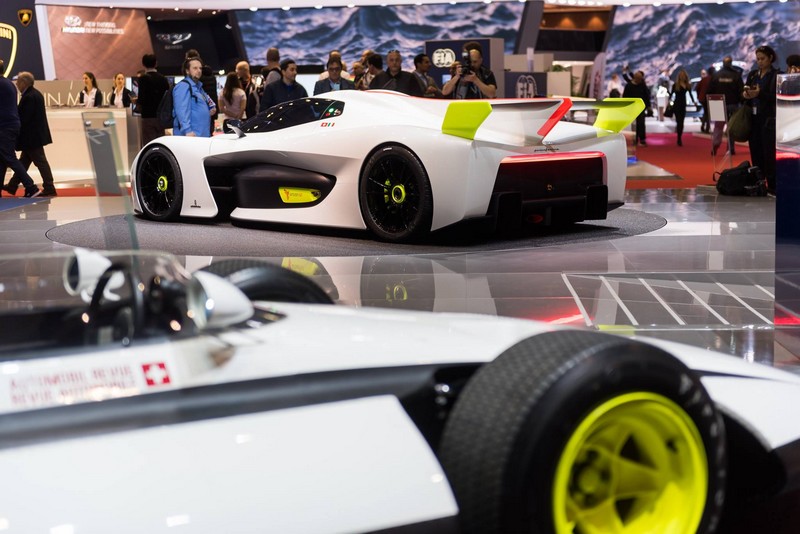 A zero emissions vehicle able to reach 300 km/h by releasing just water vapor into the atmosphere is on display at the Geneva Motor Show.

H2 Speed car by Pininfarina will appeal to passionate people who love speed, performance and innovation and, at the same time, are attracted by the exclusivity typical of a Pininfarina-designed vehicle produced in a limited series. Halfway between a racing prototype and a production supercar, the H2 Speed is the world’s first hydrogen, high-performance car. It is not by coincidence that its name joins together H2, the formula for gaseous hydrogen, and the English word Speed, as if to say that it is the force and energy of Nature that generate the vehicle’s high performance, fostering the excitement that is typical of passion and sport.

The new supercar is already subjected to severe track testing by GreenGT, a Franco-Swiss company which has been designing, developing and producing clean, sustainable propulsion systems since 2008. 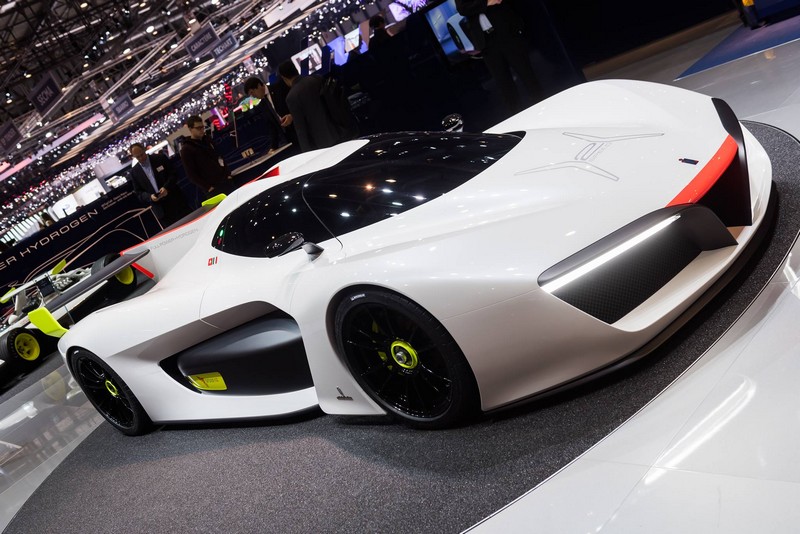 The power of a green engine
The technology presented by GreenGT is the substantial outcome of a two-year development and testing programme that has embodied the form of the H2 Speed concept. GreenGT proposes ‘Full Hydrogen Power’ technology, a powerful electric-hydrogen fuel cell drive chain. The result is a zero emissions vehicle
able to reach 300 km/h by releasing just water vapor into the atmosphere. With a maximum power of 503 horsepower, the engine accelerates from 0 to 100 km/h in 3.4 seconds. Also notable is the rapid refueling, unknown to traditional electric cars: a full tank of hydrogen can be done in only 3 minutes.

Pininfarina H2 Speed eliminates both air and noise pollution. The compressor gives the vehicle’s engine a very special tone, completely different to that of conventional electric cars. So even the noise made by the car is close to the emotion of silence, sounds and hisses that evokes science fiction.

Although it is based on the traditional styling cues of sports cars (low, aggressive proportions, strong design and an emotional synergy between car and driver), the H2 Speed presents the designer with a two- fold challenge: to design a car on a carbon frame and on the mechanical layout of a high performance car of extreme proportions (length 4700, height 1087, width 2000, wheelbase 2900) and at the same time clothe the GreenGT Full Power Hydrogen system, an innovative technology that offers, in terms of vehicle architecture, the necessary originality to generate a unique, outstanding product. 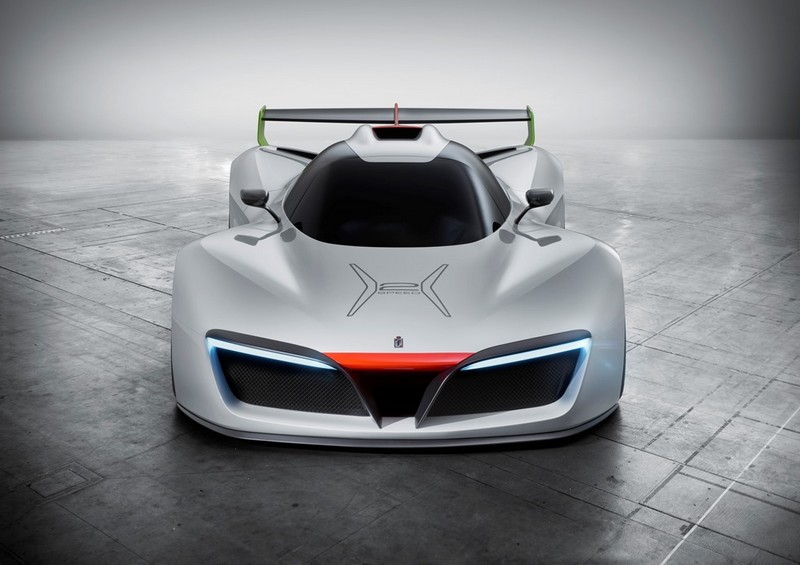 The sinuously three-dimensional shape springs naturally from an original styling process where the most important constraint – the two large hydrogen tanks at the side – becomes an opportunity. To avoid weighing down the side of the vehicle, the hydrogen cylinders are faired instead of being incorporated into the body volume but they remain visible through a window in the rear part of the fairing where the fuel cap is easy to access.

The choice of body colour is inspired by the Sigma Grand Prix and gives it a modern interpretation with a plain pearlescent shade of white.

“The H2 Speed logo and graphics are a modern tribute to the styling of the Sigma Grand Prix and as in that iconic car of ’69, the presence on the sides of the Swiss flag, associated here with that of Italy, represents a symbolic celebration of the renewed alliance between a Swiss company (GreenGT) and Pininfarina,” explained Pininfarina. 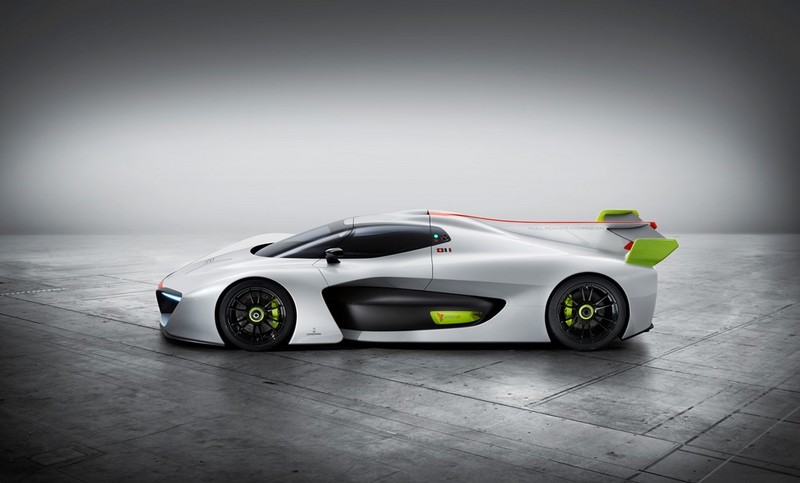 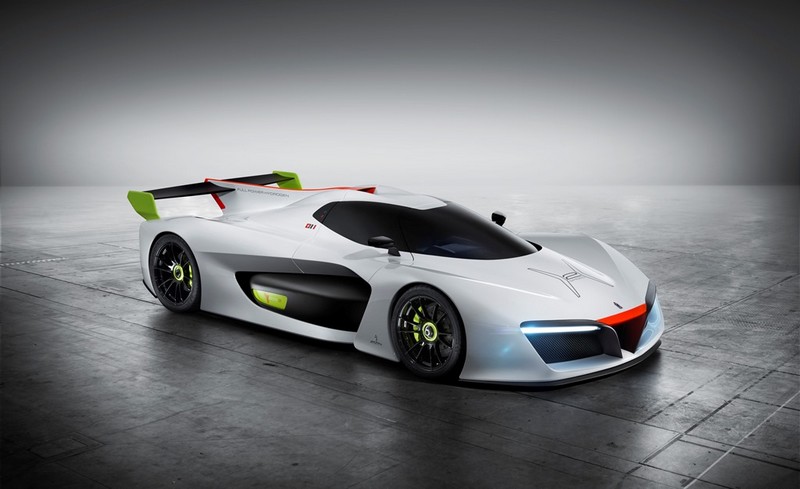 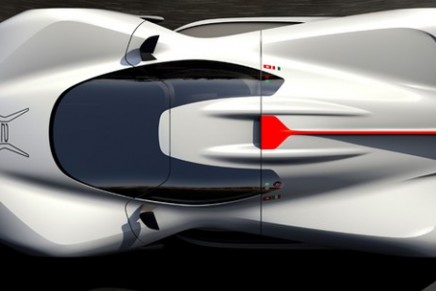 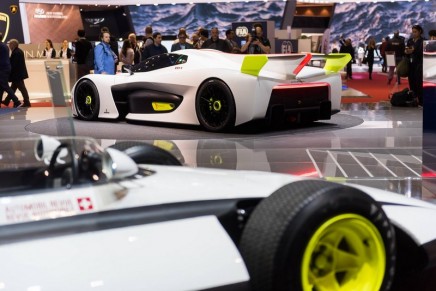 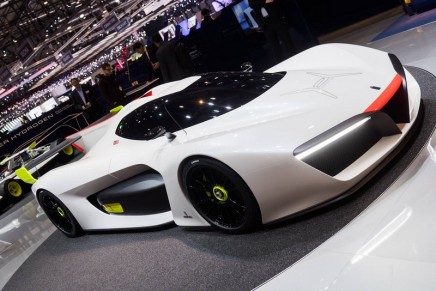 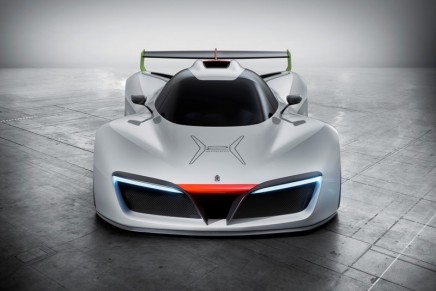 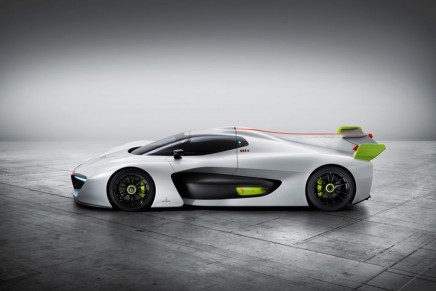 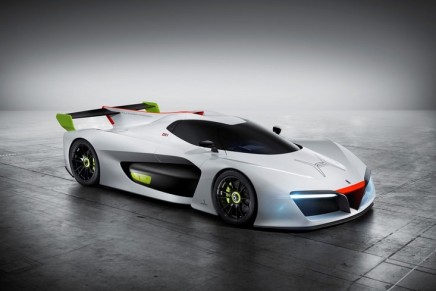