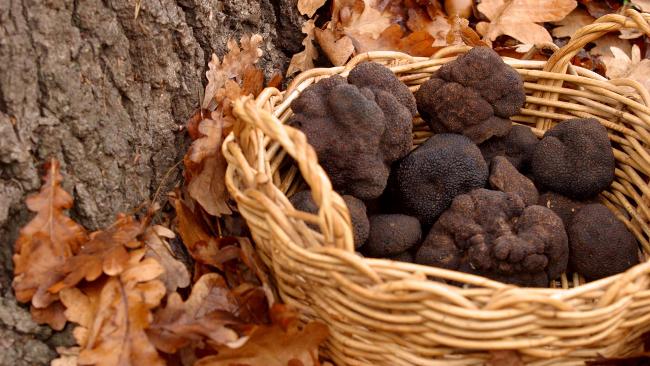 Perigord black truffles, one of the most expensive food in the world, are threatened by an influx of Chinese truffles masquerading as their highly sought after European cousins.

Perigord truffles are the black truffles found in and named for the Perigord region of Southwestern France. Of course, the key word here is found. Unlike other foods or even other edible fungi, for that matter, Perigord black truffles are virtually impossible to cultivate and must be found in the wild. These finest of truffles grow around the roots of hazelnut and oak trees and are harvested by hand (after being sniffed out by dogs), which only adds to their mystique as well as their expense.

But a lower priced pretender has come on to the scene as of late, namely the Chinese truffle. While it is indeed a relative of the Perigord black truffle, chefs and other truffle connoisseurs consider it to be at best a poor substitute for the real thing. These Asian truffles may appear very similar to Perigord truffles; so similar that unscrupulous merchants will try to pass them off as the real thing. 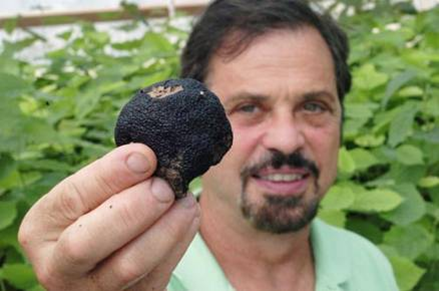 According to Mirepoix, the similarity between the two truffle varieties ends with their physical resemblance. Once you shave off a bit of Chinese truffle, you’ll find that there is simply no comparison between these and the world famous Perigord black truffle. Especially with the demand for a very limited supply of European truffles at an all time high, consumers run a higher risk than ever of unwittingly buying Chinese truffles masquerading as the genuine article.

Additionally, Chinese truffles have a decidedly elastic feel to them which is a clear indicator that what’s being offered is not what consumers may expect. However, it is the aroma of Perigord truffles which really make them one of a kind.

As tempting as they may be to the public with their significantly lower price tag ($100 per pound versus $2000 per pound for Perigord truffles), the truth is that there really is no substitute for the intoxicatingly rich aroma and flavor of real black Perigord truffles. Even though there’s nothing wrong with Chinese truffles in and of themselves, people who enjoy fine dining and cooking luxurious meals in their own homes need to be well aware that they are not at all the same thing as Perigord truffles.