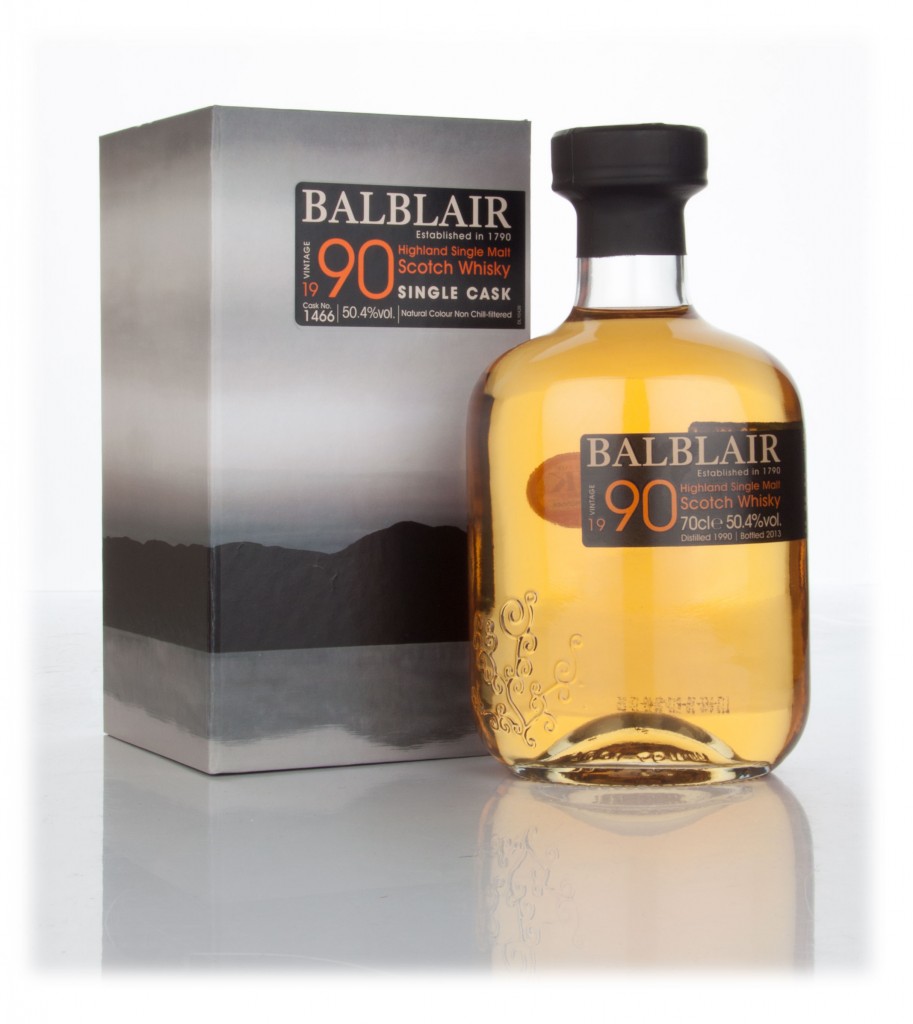 Balbair Whisky Distillery in the Highland region of Scotland, known for a lauded range of vintage whiskies, has produced a limited-edition bottling of a peated whisky. Atypical of the regional style, this Highland whisky provides a soft sweetness balanced with a smooth and subtle smokiness.

This Single Cask Scotch Whisky has acquired its smoky flavour through non-traditional methods. Instead of producing a spirit made from peated barley, Balblair distillers chose to mature this special bottling in casks that had previously held an Islay Whisky. Thus, the warm, peaty flavours have permeated the classic honeyed sweetness to produce a single malt which is unlike any other.

Distilled in 1990, this ultra-rare Single Cask Whisky was aged in Cask 1466, an American Oak Barrel which previously held an Islay Single Malt Whisky.

“This smells overwhelmingly, potently, of delicious, freshly squeezed apple juice. Copella Apple Juice to be precise. One of the most sweet, and fruity whiskies we’ve come across in a long time,” said Master of Malt, one of the UK’s leading online whisky & spirit retailers.

“The Bourbon cask has clearly had some influence here. Given time in the glass, there is a development of very subtle peat, which complements without ever being intrusive. A touch of cinnamon and brown sugar to go with the apple,” concluded Master of Malt.