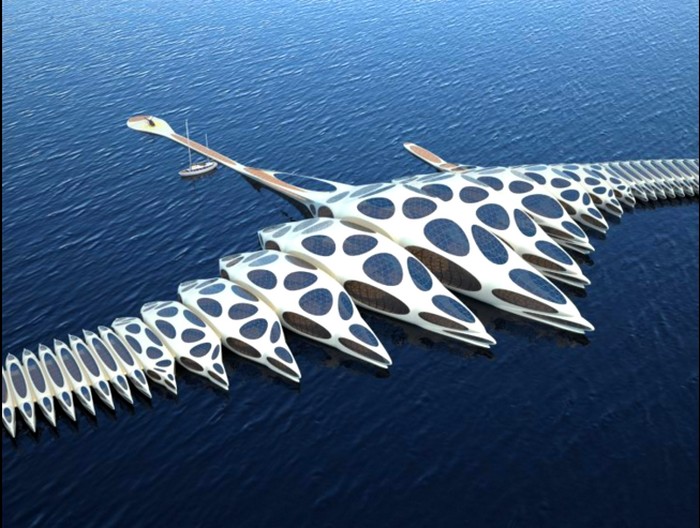 This futuristic concept for a floating hotel could be the coolest way to travel the planet. The Morphotel floating luxury hotel designed by engineer – architect Gianluca Santosuosso changes shape to surf the ocean. Morphotel is a system developed around a half-mile long spine that curves with the water currents. It would constantly travel at slow speeds around the world.

The MORPHotels, thanks to their linear structure developed around their “vertebral spine”, are able to adapt their shape according to the weather conditions and the site morphology. While tourists on cruise ships depart from point A, reach their destination (point B) and then go back, in MORPHotel the segment A-B they experience is just a small part of the
entire-endless journey of the hotel. 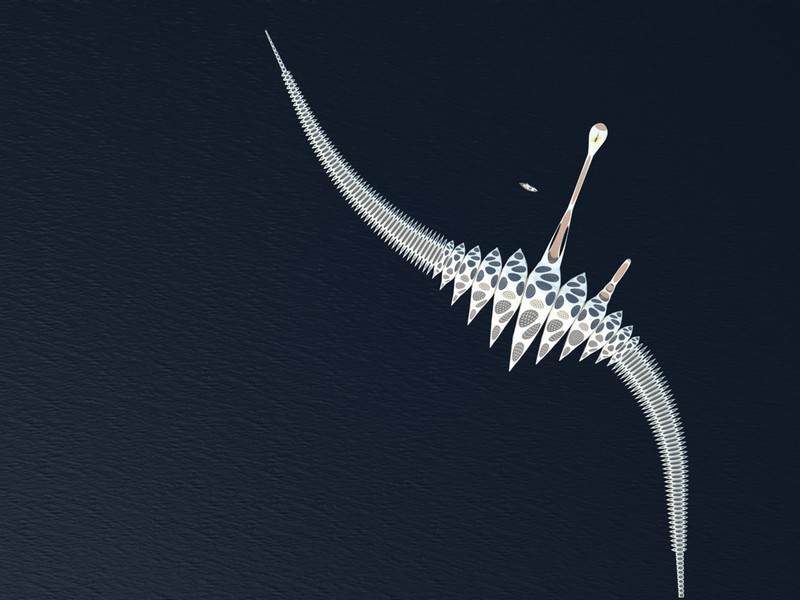 This artificial organism, during its continuous journey around the oceans and the seas, stops for short or long periods in cities encountered throughout its trip, becoming a temporary extension to them.

The advantages offered by the adaptive shape of MORPHotel makes it possible for it not only to reach the harbour cities, adapting itself morphologically to the territory, but also to become it itself an independent aquatic organism. In fact, given its massive proportions (the whole spine is one kilometre long) it can become a floating harbour during its long ocean crossings; it does this by spiralling into itself and generating an artificial bay where boats and ships can find shelter.

“One of the fundamental goals that we want to attain in this project is to create a big, independent, self-sufficient artificial organism,” says Gianluca Santosuosso. 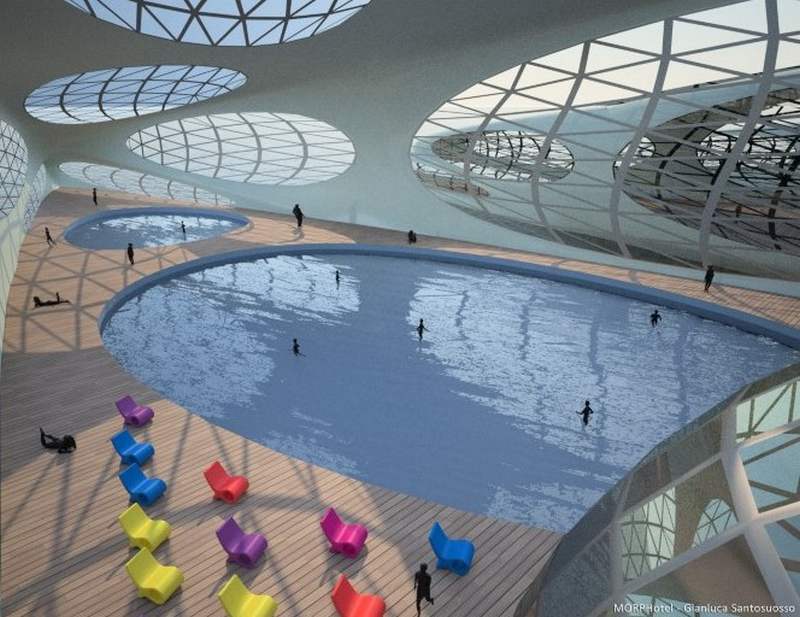 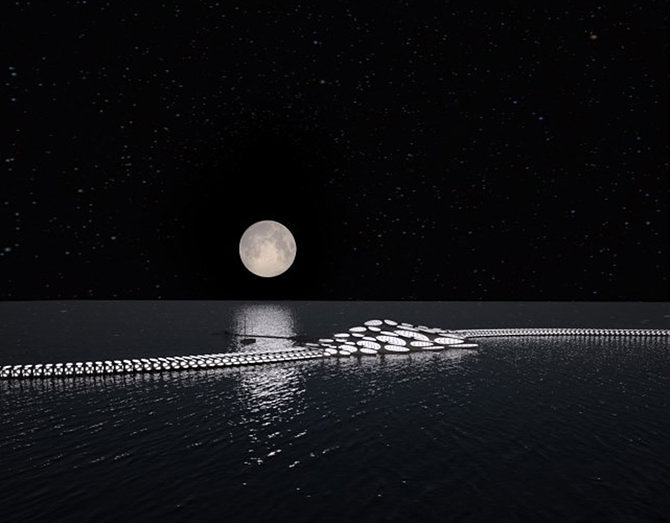 “The self-sufficiency covers several functional aspects of MORPHotel. With regard to energy, this will be provided to the whole system through the combination of two different eco-friendly technologies: 1- Solar panels distributed along the upper part of the hull and glass panels; 2- The two ends of the spine will be destined to the production of energy through the movement of waves,” added the designer.

As a logical consequence, the production of drinking water will be related to the production of renewable energy. A part of the self-produced energy will be used on the one hand to filter and store the rainwater collected, and on the other hand to desalinate sea water.

The self-sufficiency will also regard the hotel’s ability to produce certain types of food; in fact, each of the central vertebra will contain a small vegetable garden. This part of the hotel will work as a big floating farm where it will be possible to grow vegetables, rear animals and store foodstuffs. 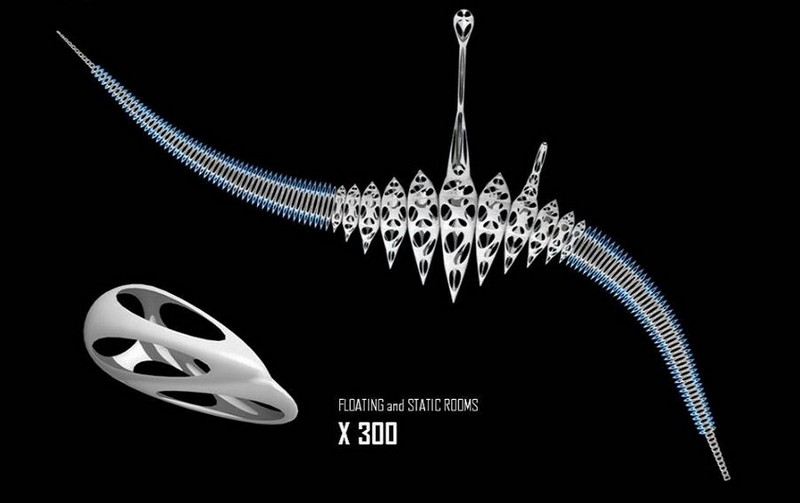 The structure of the vertebra will follow the traditional approach used in naval construction. The frame of the modules will be made up of pods constituted by orthogonal and diagonal sections; modules will be reinforced, covered and waterproofed with metals that are traditionally used in naval architecture; glass surfaces and open surfaces will alternate on the upper part of the modules.

The system will be hold together by a complex circuit of mechanical joints (similar to those used for the connection of railway carriages), but in this case, these will be able – thanks to electronic controls – to expand or decrease their dimensions, allowing, therefore, a partial movement between the vertebra that will be extended to the whole MORPHotel, changing the shape of the whole structure. 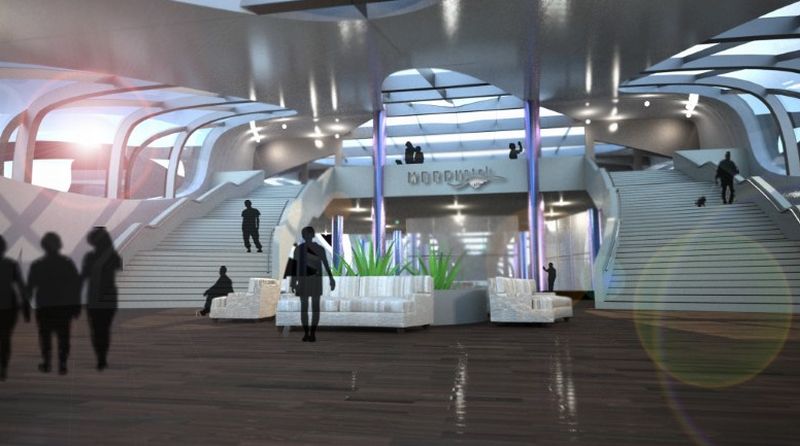 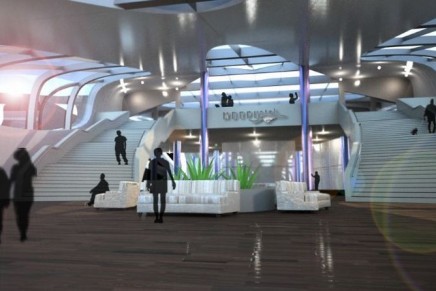 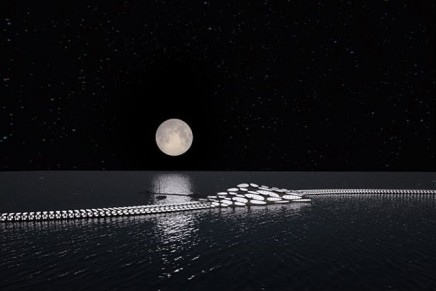 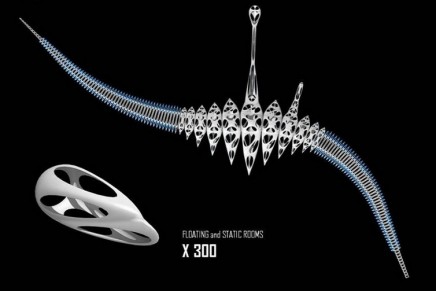 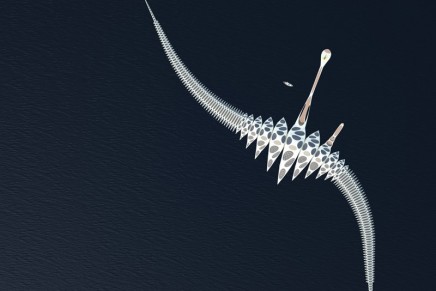 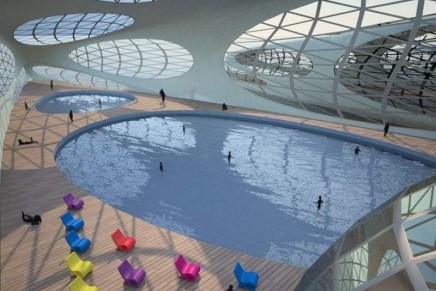 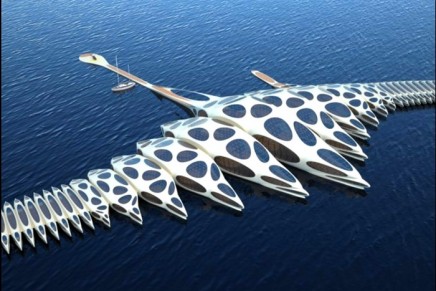