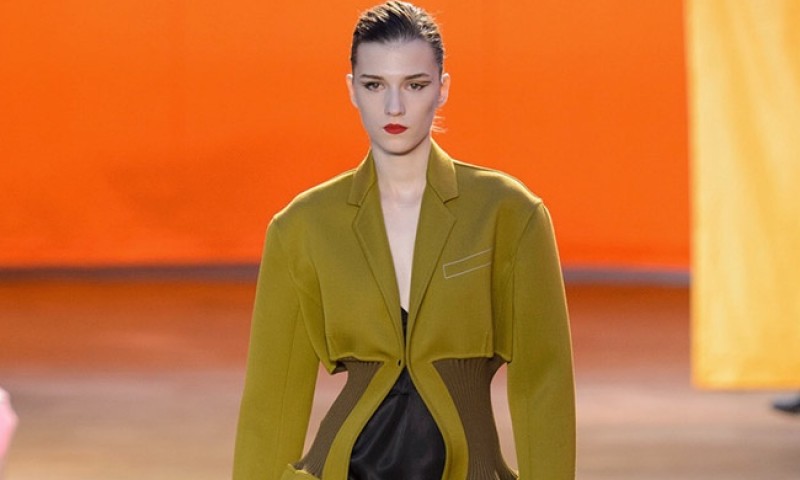 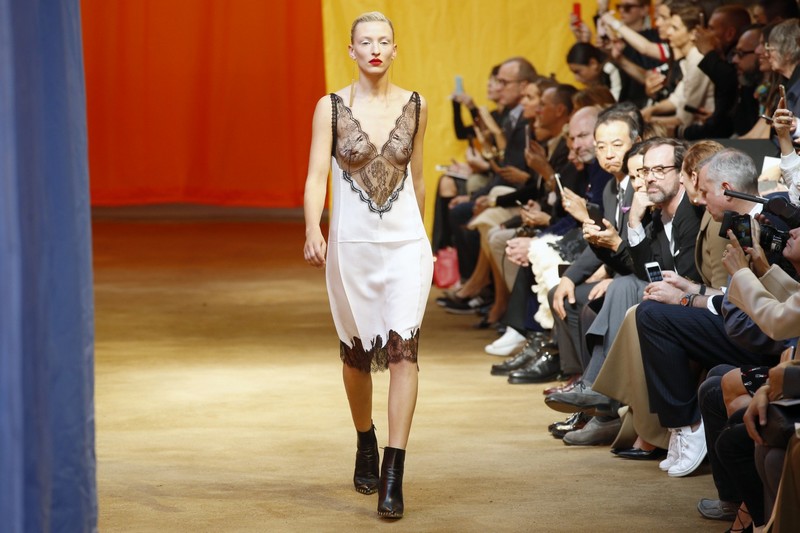 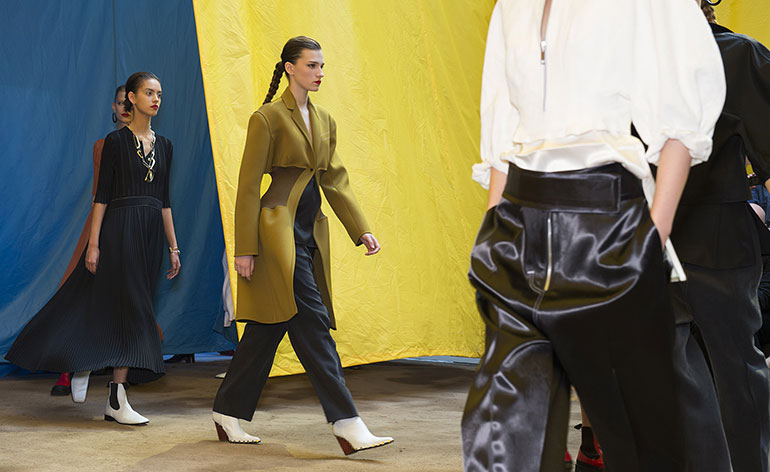 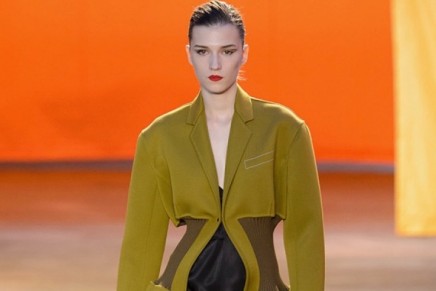 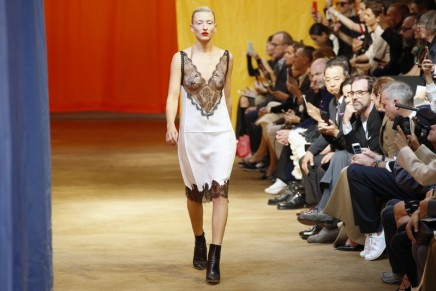 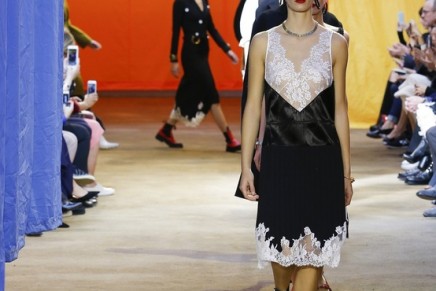 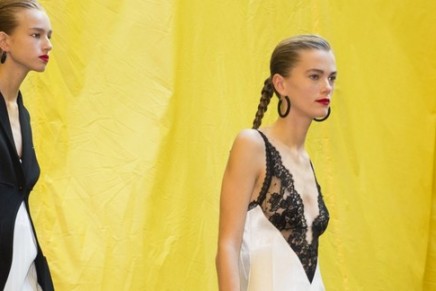 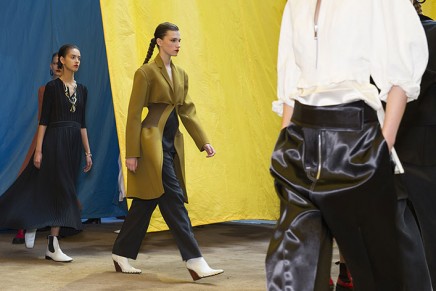 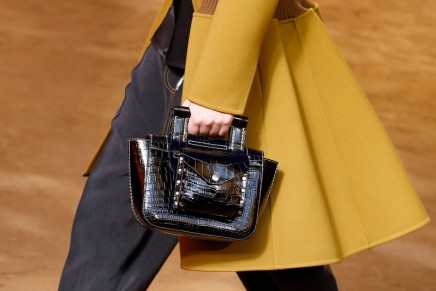 With selfies, Snapchat previews and screaming crowds craning for a view of Kendall Jenner’s bottom, fashion shows in 2015 can feel like wannabe stadium rock concerts. What catwalk events do not often feel like are prologues to the Frieze art fair. Unless, of course the brand is question is the hugely influential Céline.

For her spring/summer show on Sunday, the label’s creative director, Phoebe Philo, commissioned the Danish artist Thomas Poulsen, who works under the name FOS, to create the catwalk space. Guests carrying invitations with dollops of poured resin puddled over them walked into a venue divided by large sheets of ripstop nylon in orange, blue and yellow hanging from the ceiling rigging. The soundtrack, which came without a melody, had been conceived by Philo and FOS and “reflected a mechanical energy, sound and rhythm to create an immersive feeling”, said the brand. With Céline clothes also the de facto uniform of the female gallerists, the arty credentials were stacked tall.

On the catwalk the lofty intent of the soundtrack made sense. The collection was packed with many seemingly discordant ideas and no single standout theme to pull it together; no snappy portmanteau to spout out, to inspire the design teams at Zara. But as ever with Céline, this awkwardness was the collection’s strength. There aren’t many designers earning a handsome profit for their bosses who can send out a collection that could feasibly be described as the tailoring of 1980s west London, with the leather tabards and hand-sewn shoes of the great fire of London, and Sade’s hair and makeup. There are even fewer who could make that into agenda-leading luxurious clothes.

The first outfit was a white silk negligee dress with black lace and creases that looked as if they came from tight packaging. Slicked-back hair, bright red lips and tough ankle boots completed the look. Models strode down a dirt track of a catwalk, against the tent-like backdrop. There was a vague sense of survival camp about it all. Backstage, the designer was characteristically oblique. “The idea was ‘what does it feel like to wear clothes?’” she said.

Mock if you like, but Philo’s take on fashion has been to put women – her loyal customers who actually wear the clothes – first. She understands that the relationship a woman has with her wardrobe – does it make her feel confident or constrained? – is a fact as much as an intellectual concept.

So who is the Céline woman next summer? “As ever I want her to be strong. To be going somewhere even if she is sitting still.” What this meant on the catwalk was a certain toughness to the clothes: shoulders were large and curved, trousers were loose and tapered and finished at an awkward ankle length, there were boilersuit details. It could be described loosely as a haute capable look. Aesthetically challenging shoes look like they are here to stay at Céline. The designer herself has eschewed the skate shoes she made so prominent in favour of the brand’s elasticated, chunky-heeled pumps.

Philo’s Céline has triumphed on a refusal to play the fashion game. Choosing an art collaboration, rather than participating in catwalk’s social media circus, was not a surprise. FOS and Céline are a natural fit. The artist, whose work ranges from experimental video to creating low-income housing, has already been commissioned by Philo to create installations in Céline stores and headquarters. Both prefer anonymity on the internet. Philo has no social media presence and Céline is one of the few brands not to have embraced e-commerce; its CEO, Marco Gobbetti, recently stated that it was important to touch the clothes, and that much of what is special is lost online. FOS, meanwhile, hasn’t updated his website since 2003.