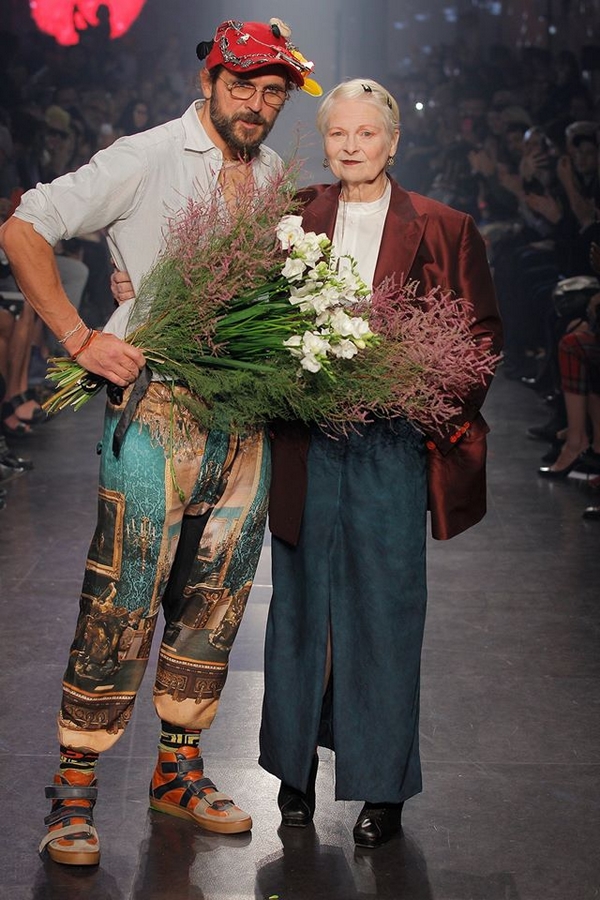 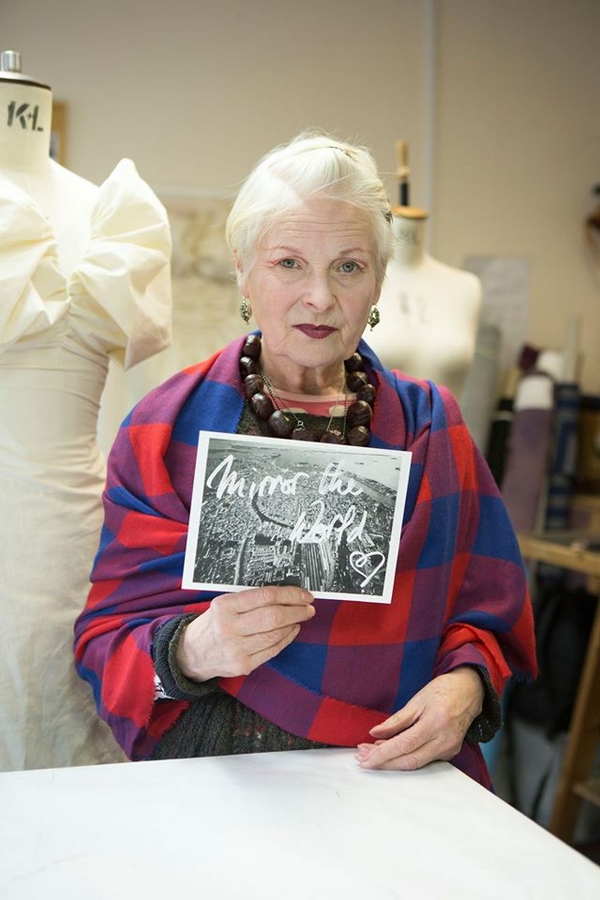 This collection was named ‘Mirror the World‘ and it’s about saving Venice (and the rest of the world) from the effects of climate change.

Describing Venice as an ’emporium of culture’ Vivienne Westwood’s Spring Summer 2016 show references its ‘carnivals’, the dressing up, the disguises and how anything can seem possible; the poor can become rich, ugly can be beautiful and men can turn into women (and vice versa).

The carnival influences are very apparent in the collection, most notably through the harlequin, the most representative poor character of Commedia dell’arte. who makes his own costume from fabric leftovers. Exploring this idea, ‘harlequin’ inspired patchworks are found on knitwear, suiting and swimwear.

UNISEX tailoring continues to be an integral part of the collection using Savile Row techniques, British linens and typical furnishing fabrics, while referencing the title of the show, ‘broken mirror’ dresses explore the concept of putting back together broken pieces of a mirror and how it is impossible to reconstruct it perfectly (there will be gaps and cracks), but that you’ll create something new. 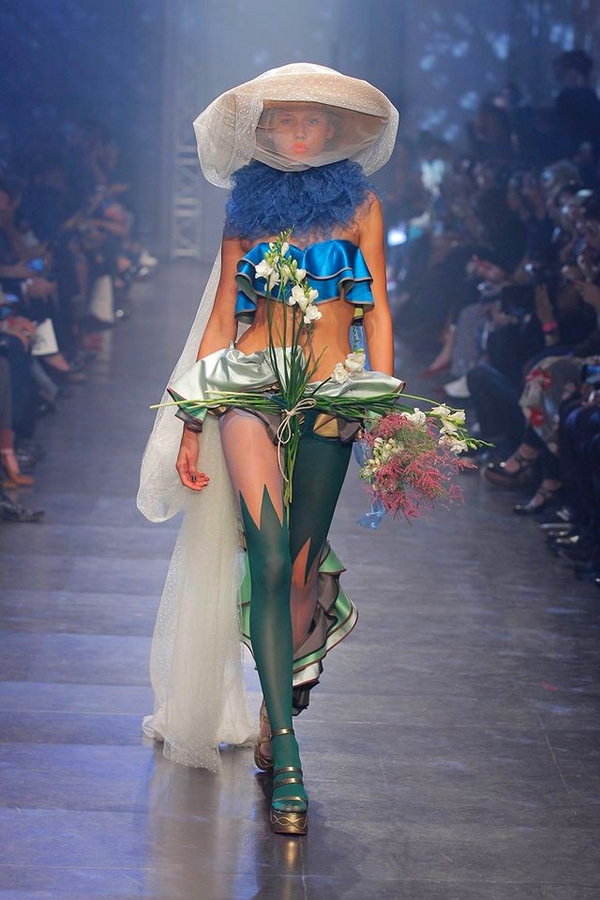 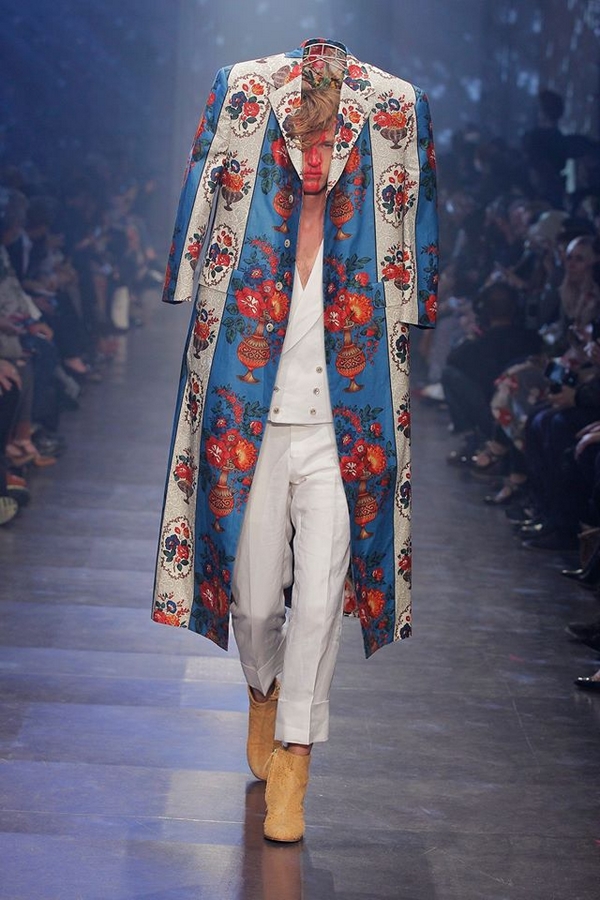 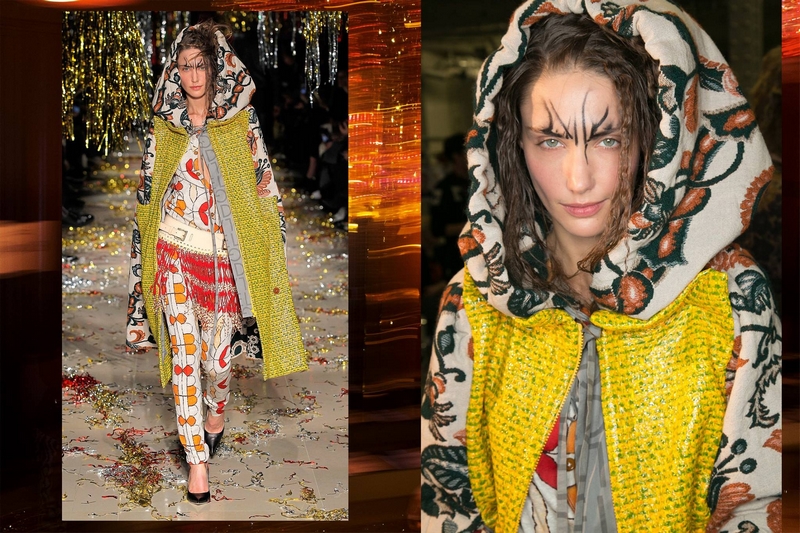 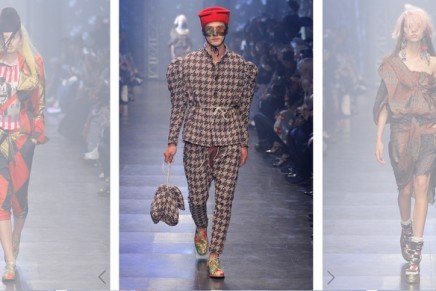 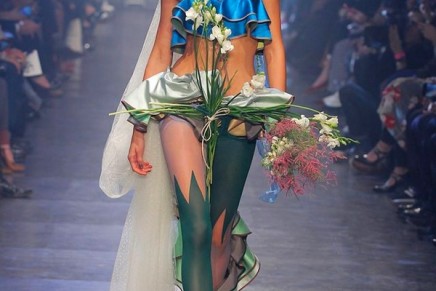 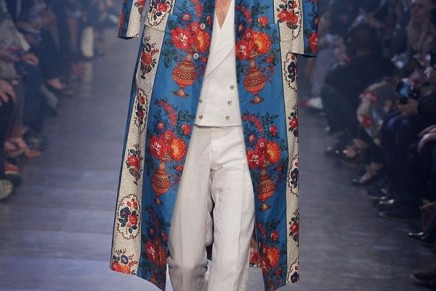 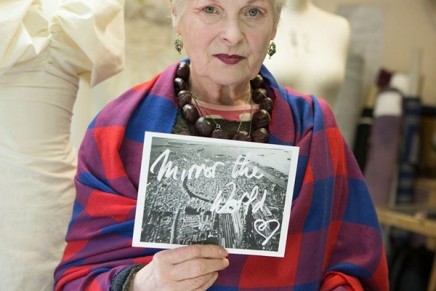 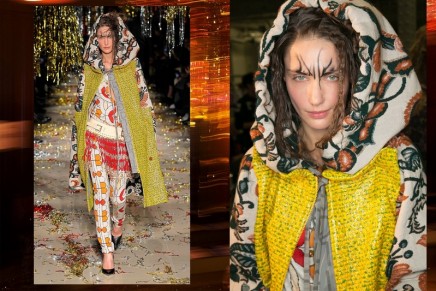 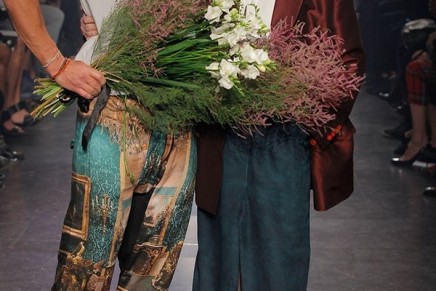