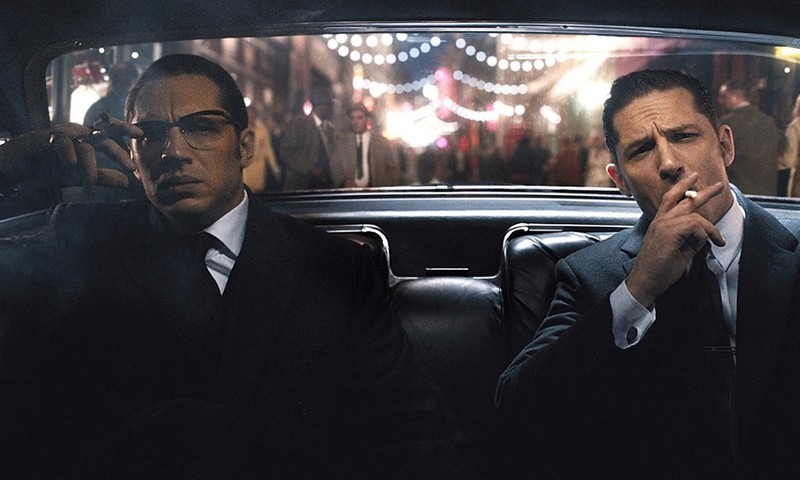 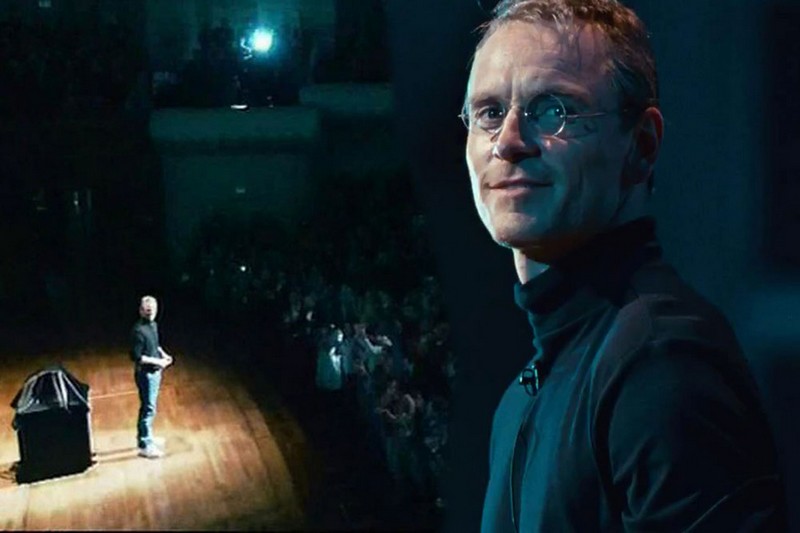 This article titled “On spec: how film inspired men’s glasses” was written by Dean Kissick, for theguardian.com on Wednesday 26th August 2015 15.09 UTC

This autumn’s films will be full of exceedingly intense actors playing exceedingly intense men in glasses: Tom Hardy as Ronnie Kray in his half-rimmed spectacles; Michael Fassbender as Steve Jobs in his rimless ones; Dane DeHaan as James Dean in his tortoiseshells. Men’s glasses are about to have a fashion moment, and it’s about time. Glasses can make you appear cleverer in a job interview, they can be lowered slightly and peered over quizzically, they can be whipped off in complete exasperation. Also, they’ll improve your vision – no longer will life pass you by in a vague and abstract blur. Here are five frame styles from the silver screen.

In the (rather tasty) trailer for Legend, Hardy plays both Kray twins, Reggie and Ronnie. You can tell them apart because the latter wears nice 60s glasses and a permanently displeased expression – like Mark Lamarr on Shooting Stars – and acts like an absolute nutcase.

Reggie didn’t wear glasses, except once when he snuck into Dartmoor prison in disguise to visit Frank “The Mad Axeman” Mitchell. “Of course, I stuck a hat on and a pair of heavy glasses,” he recalled in his memoir. But Ronnie was renowned for his half-rimmed spectacles, with which he exuded an air of studious menace. “When he was in Broadmoor, he had a tortoiseshell pair,” his wife, Kate Kray, explained recently, “because I wore a pair on one visit and he said he wanted glasses like mine.” Last summer, she sold off his original frames at a rural auctioneers in Towcester, Northamptonshire, but Ray-Ban makes a rather similar model.

In Anton Corbijn’s forthcoming film Life, about James Dean (more specifically, about photographer Dennis Stock shooting the then-unknown actor for Life magazine), DeHaan spends much of the time moping around in Dean’s trademark tortoiseshell spectacles, smoking cigarettes and squinting. There’s something quite cool and arty about wearing glasses and smoking. It brings to mind Andy Warhol and David Hockney, and suggests an intoxicating mix of wild nights out and nerdy afternoons in. It’s bad for your heart, but good for your sight. It suggests a very cinematic inner complexity.

Whatever you may think of Apple products, Steve Jobs certainly knew a thing or two about stylish design; his look was inspired, apparently, by a calligraphy class he took after dropping out of college. His signature black rollneck has already swept through the world of menswear: JW Anderson and Raf Simons showed variants of it on their catwalks, and everybody followed suit. Now, with Michael Fassbender portraying the Apple founder in a second biopic (this time directed by Danny Boyle, so it will be much better than the atrocious first effort, Jobs), the signature rimless spectacles are set to do the same. These are the most serious, business-like frames out there.

Tom Ford’s directorial debut A Single Man (2009) was sad, yes, but also very stylish. Its abiding image was George Falconer (Colin Firth) in his suit, tie and thick, horn-rimmed vintage frames. These were extra large – allowing him to clearly see all the tragedy, regret and longing in the world. They were also very popular, so much so that Ford eventually released his own take on the classic frame: the TF 5178.

Really, though, if we’re thinking about glasses from recent cinema, then Harry Potter’s thin, round metal frames are the most iconic and the most magical. They’re not just for imaginary wizards – Le Corbusier and John Lennon also favoured something similar. If you’re interested in looking like a sorcerer, a modern architect or an experimental musician (or an owl professor), these are a little unusual and well worth trying on for size.