Google Pixel 3 invites everyone to unlock their curiosity and open their imagination with five weeks of workshops, talks, podcasts, food, music and much more.

Extraordinary things are happening all around us, but we don’t always see them. With Pixel 3 you’ll never miss out again – search what you see with Google Lens in the Google Lens Laundrette, get the perfect Group Selfie at the All-in Auto Wash and Slide Away with Top Shot to capture more of your everyday. 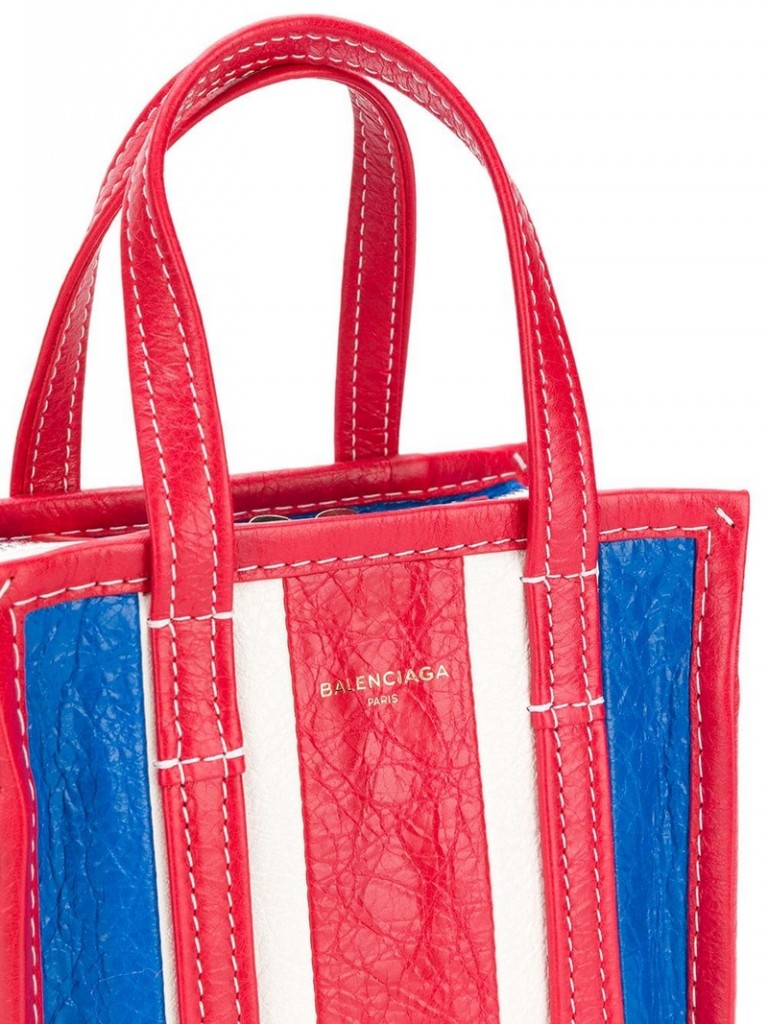 This article titled “Normcore’s second coming: why fashion is still loving the everyday” was written by Kate Finnigan, for theguardian.com on Wednesday 28th November 2018 15.13 UTC

High fashion so often purports to convey superior status and exclusivity but, since the Normcore trend of 2013, its appetite for IRL ordinariness has been building. Take the catwalk’s ongoing obsession with the plastic shopping bag, for instance. Seen on the SS18 runway at Celine, its see-through Celine-emblazoned plastic bag with a leather purse inside was a cult hit even at £425. Balenciaga’s Supermarket Arena bag, a red and striped leather version of a corner shop bag, is available on matchesfashion.com for £855, and, according to the site, “epitomizes Balenciaga’s comical and ironic approach to design”.

Supermarket shoppers have been done before – notably by Raf Simons for Jil Sander way back in his Spring/Summer 2011 show. London designers Christopher Shannon and Ashish have in the recent past both riffed on the classic stripes of Tesco bags. By February of this year, Burberry also had their own incarnation on the catwalk – rubbery shoppers in sickly pastels. The following month, LVMH prize winner Marine Serre unveiled her own version at Paris Fashion Week for Autumn/Winter. Maison Margiela’s Logo Plastic Tote Bags, leather with a polyurethane top layer, are currently on sale for £990.

Take something commonplace and make it highly desirable – it’s a joke that always seems to be in fashion. In January this year, with cagoules, anoraks, parkas and big trainers looming large in the offerings of Off-White, Gucci and Vetements, hypebeast.com had already identified trek gear as “Normcore’s second coming”. They were right; that big nerdy dad trainer has been one of the key looks of 2018.

Appropriation from the everyday has continued into the autumn, with a proliferation of high-end hi-vis jackets – inspired by building site managers and security crews – in the catwalk collections of Calvin Klein, Chalayan and Maison Margiela. At the same time, footie scarves have been championed: Henry Holland personalised his for front-row guests ahead of his show, and MSGM and Versace had their own brand logo versions. Meanwhile, Fendi made a surprise match with 80s casual sportswear brand Fila, after artist and Instagram sensation Hey Reilly created a fake Fendi look using Fila’s logo.

Jeremy Scott has been elevating commonplace, workaday items to must-have status pieces for years – putting Barbie on the catwalk and making a killing out of McDonald’s French fries phone covers. Likewise, Anya Hindmarch has grabbed headlines and sales with her luxury Boots (the pharmacist) boots, and bags inspired by cereal boxes and crisp packets.

Is it laziness or artistry? You can certainly argue for a precedent in pop art. Andy Warhol would probably have approved. And it was Surrealist couturier Esla Schiapparelli who, back in 1935, first co-opted the quotidian into high fashion when she created gowns from newsprint silk, made from her own clippings.

But one can wonder exactly who the joke is on when consumers are handing over four-figure sums for something inspired by the breakfast table or your uncool nextdoor neighbour’s wardrobe. Whatever happened to a designer travelling to the Sahara desert for Spring/Summer’s inspiration?

Certainly Demna Gvasalia has seemed to relish rubbing our noses in real life since he launched the co-op Parisian fashion label, Vetements, co-opting the hoodie for a hefty price tag, giving us sweatshirts bearing lame internet screensavers and turning a t-shirt with the DHL delivery company logo into a must-have luxury item.

Jane Kellock, founder of London-based trends consultancy Unique Style Platform, says that Gvasalia, now creative director of Balenciaga, has taken it to another level at the esteemed Spanish house. “Putting dads on the catwalks wearing dad clothes. Are they heralding a massive cultural movement celebrating the family and normality, or are they taking the piss,” she asks. “Or are they making a statement about how fashion is just too much effort and one shouldn’t care about it so much?”

It’s hard to say. In an interview in 2016, Gvasalia said that although he wore his labels’ prototypes he wasn’t sure he’d actually spend money on them. “I don’t think I’m crazy fashion enough to go and buy those things,” he said. “I’d rather go on holiday. I feel like it brings more use.”

At least he’s candid. Maybe the most positive way to use the 2018 IRL trend is as inspiration to look up and see the beauty in our own everyday world – wherever and whatever that may be. And if a luxury designer likes it too and wants to appropriate a little part of it? Take it as the haut-est of compliments.

The Curiosity Rooms events take place at 55 Regent Street from 15 November to 16 December 2018. During opening hours, the space is always free to explore. Booking is only required for special scheduled events. Find out more at events.withgoogle.com/curiosityrooms/