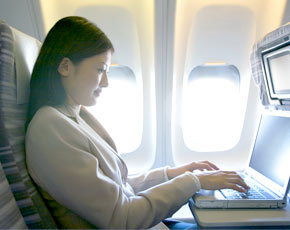 The new data released from American Express Business Insights during Mercedes-Benz Fashion Week revealed additional telling shifts in luxury fashion spending both in US and abroad. While young Gen Y consumers are demonstrating a growing hunger for full-priced online luxury, Seniors are showing a surprisingly voracious appetite for online shopping. Seniors now dominate spend growth on flash sale websites, outpacing growth by all other demographics, whereas they are not bringing the same enthusiasm to the shopping mall. Data shows that Seniors’ spending remained essentially flat at brick and mortar department stores for the same period.

The data suggest that online discount luxury websites – or flash sales – have stimulated consumers’ appetites for luxury fashion to such a degree that they are now flocking to full-priced online luxury fashion at a much more rapid pace. Whereas in 2010 flash sales saw a jump of 92% in spending over the year prior by Average Spenders, this gain dropped to 21% for 2011. The growth trajectory was higher for full-priced online luxury websites where spending increased to 25% in 2011 from 20% in 2010.

Looking beyond the U.S., consumers in Europe have noticeably pared back their luxury retail spend as the Eurozone economies look to find traction. Over the prior year period, luxury retail spend showed flat to modest declines across core European regions such as France (0%), Italy (down 4%) and the United Kingdom (down 2%). Fourth quarter 2011 spending further underscored the continuing economic challenges in the Eurozone. All of the European regions studied saw declines during the fourth quarter of 2011 over the same prior year period: France saw spending decline 6%, Italy shrunk luxury spending by 11%, and the U.K. declined 5% during Q4 2011.