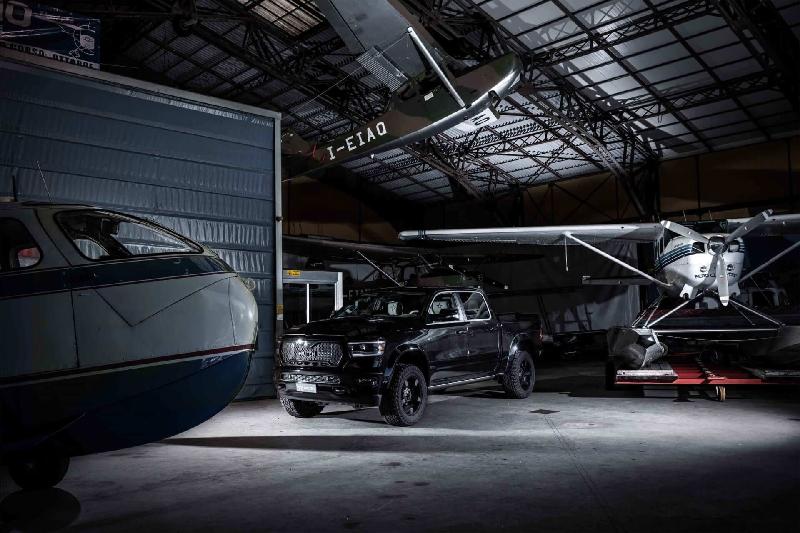 The new MAGNUM GT by Militem, the maker of luxury SUVs, American 4×4s and pick-ups, gets a preview at 2022 Essen Motor Show in Germani. This super sporty version is powered by a 5.7L V8 HEMI engine employing eTorque Mild Hybrid technology. Sharing the stand is the top of range Militem FERŌX500, featuring a punchy 6.4L V8 unit and the FERŌX-T, the versatile pick-up transformed into a Sport Utility Truck.

MILITEM appears for the first time in the prestigious 2022 Essen Motor Show, the number one sports car show in Germany, which takes place from 2 to 11 December.

The decision to take part in the Essen Motor Show is part of the brand’s expansion plans for Germany, where Militem already has two dealers, in Düsseldorf (Autohaus Ulmen) and Berlin (Autohaus Kramm). From January 2023, two more will be added, one in Frankfurt and the other in Munich, thanks to a collaboration with two well known German partners. 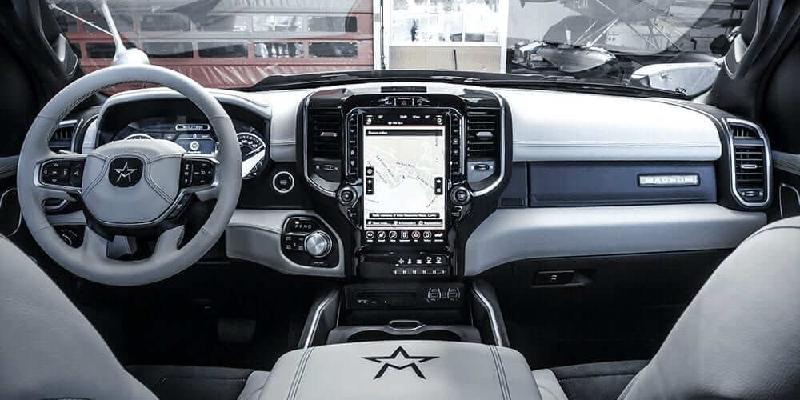 MILITEM is an Italian automotive brand that was established in 2017 with a showroom in Monza. The brand creates luxury vehicles in limited production runs. Militem models are exclusive and a born from an Italian engineering and stylistic take on American cars.

At Essen, Militem is showing off the best of its range, with the preview of the MAGNUM GT, the sportiest version of its MAGNUM pick-up equipped with GT pack, powered by a 5.7L V8 HEMI engine featuring eTorque Mild Hybrid technology. On the outside, it stands out for its total black look with carbon-fiber components, full-optional equipment and several new features, starting from the 22″ Black wheels and the MAGNUM Bar (roll-bar). 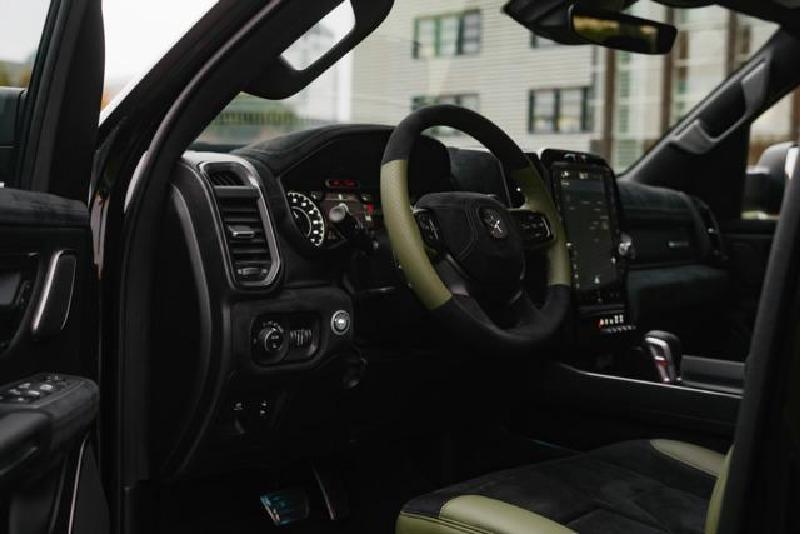 MILITEM FERŌX500 boasts a new interior, one fitted with a new FULL HD digital screen set horizontally into the dashboard. The system controls the infotainment and instrumentation and has been personalized specifically for Militem.

The Militem FERŌX-T on show at Essen comes in a full optional configuration with a carbon-fiber exterior bodykit. Also on the stand are two leading Italian partners: ORAM, with which Militem develops the set-up and suspensions of its models and Alcantara®, the exclusive Made in Italy fabric used by Militem to enhance and provide a sportier look for its cabins. 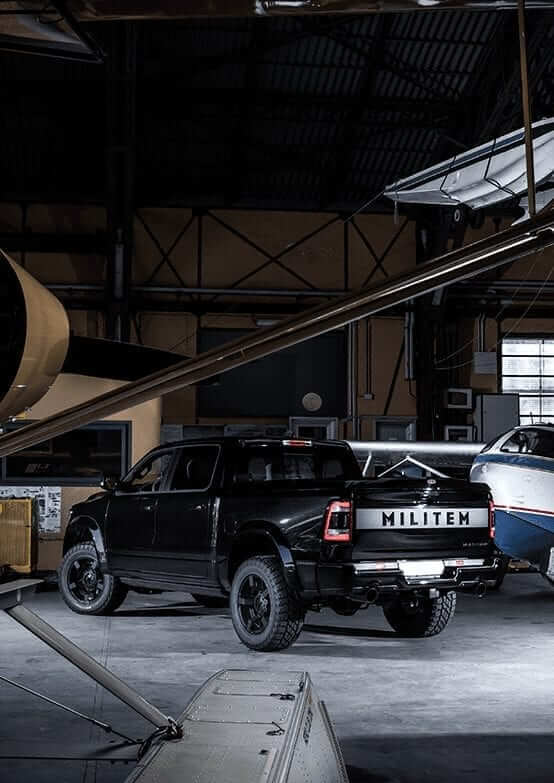 MILITEM MAGNUM is a reworking of the RAM 1500 Laramie, radically changing its market positioning taking it up to a luxury niche.

Infact, the Militem MAGNUM combines the dimensions of a versatile 4×4 pick-up with the styling cues of a limousine. Completing the package are technical improvements to the suspension, brakes, exhausts and wheels. The cabin is extremely roomy and has fine attention to detail with extensive use of Alcantara which, thanks to its lightness, reduces the overall weight of the car, enhancing its performance.

The length and ground clearance make the Militem MAGNUM unique of its kind. The model is no ordinary pick-up: it is a true one-off.

MAGNUM stands out for its unrivalled all-terrain capacity, unmistakable presence, practicality, robustness and top performance. Despite its distinct off-road ability, the Militem MAGNUM can also be used in other areas without fuss. It is an urban model as Militem is a status-symbol; it can also be driven when enjoying your favorite outdoor pursuits.

The new luxurious model features a dual panoramic roof, LED headlights and retractable footrests. Each bodywork detail has been built to Militem specifications and can be requested in VTR (as standard) or carbon-fiber (optional). The newly-designed grille defines the family feeling of the Militem product range, a look reinforced by the Militem Extra Tire Coverage body-colored bumpers ad fenders, and new Militem Black Edition 22” alloy rims fitted with wide All-Terrain 325/50 R22 tires that have, so far, only appeared on the FERŌX500.

The electronically adjustable suspension with Militem Lift-Kit Extreme Performance mean journeys are taken with the same set-up whatever the load, adapting to the driver’s style and the speed. The vehicle can be the perfect tender and easily pull powerful boats.

MILITEM MAGNUM is fitted with an 8-speed automatic gearbox with 4WD that can be selected electronically. Off-road, the Militem MAGNUM shows its 4×4 ability with an approach angle of 23.1°, departure angle 27.1°, breakover angle 28° and minimum clearance of 260 mm.

The new car comes in a petrol, or Bifuel and GPL version with a Prins system; a leading player in the sector. It is possible to use E85 bioethanol, which is greener than standard fuel and used extensively across Europe. 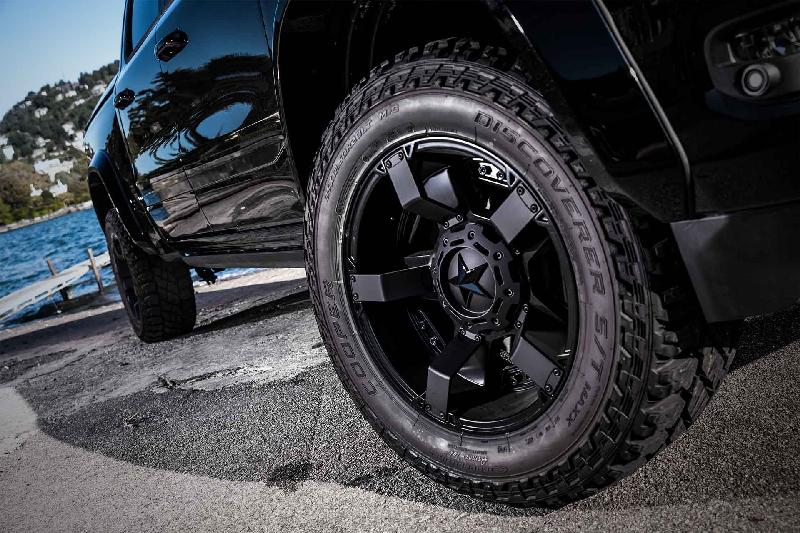 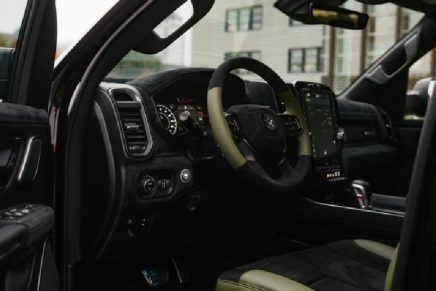 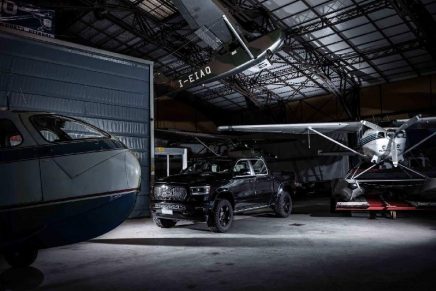 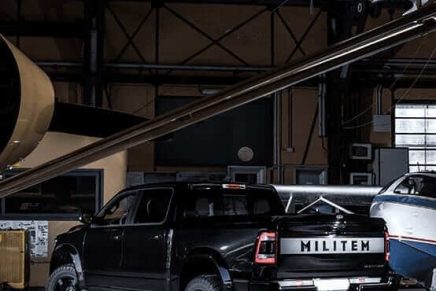 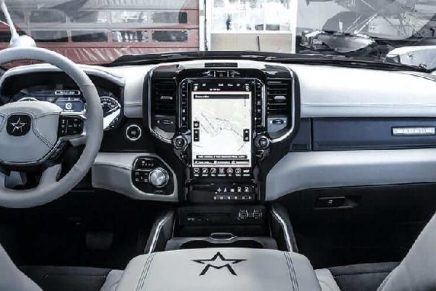