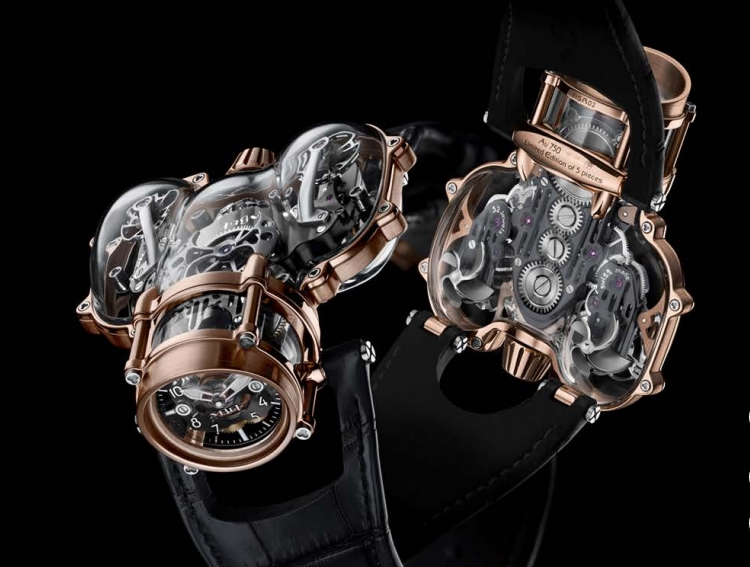 Unlike anything else on the watch market: MB& F Horological Machine N°9 with a clear sapphire crystal case.

Two years after the initial MB& F HM9 Flow ‘Air’ and ‘Road’ editions conquered the universe, MB& F Horological Machine N°9 Sapphire Vision (HM9-SV) watch takes us to the depths of the ocean – the last realm on Earth that still holds a wealth of untold secrets. 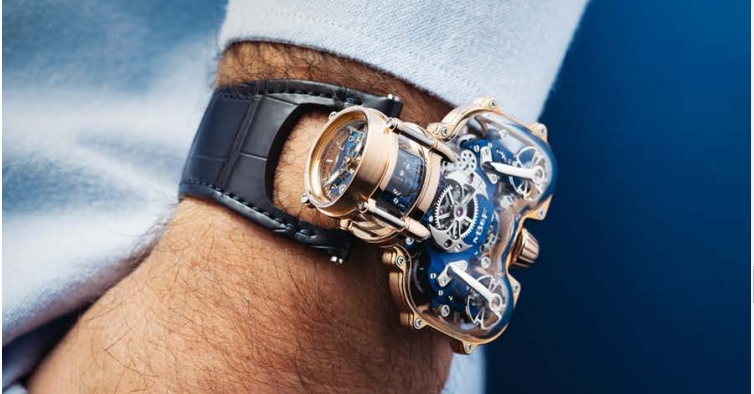 MB&F watch manufacture is a fountain of creativity. Its Horological Machines can proudly fill up a museum or a theme park dedicated to ingenuity and watchmaking innovations. This new dimension in watches is opening the doors to fantasy and storytelling. Kids and adults are absolutely mesmerized by these intricate creations. The latest MB&F Horological Machine has a new power called ‘Sapphire Vision’.

Inspired by the automotive and aeronautic designs of the 1940s and 50s, MB&F Horological Machine N°9 reveals itself in all its splendour thanks to the clear sapphire crystal case.

As MB&F says, “Before you is an exploratory vessel from Atlantis, powered by a divergent technology both familiar and strange to our eyes”. Its twin turbines that spin freely as an element of pure visual interest are waiting for someone to begin a new type of exploration.

An outer hull of sapphire crystal and precious metal, curved and bubbled and precisely fitted together in three parts, is sealed with a proprietary combination of patented three dimensional gasket and high-tech compound bonding process. Two fully independent cantilevered balances channel data into a differential that turns two heartbeats into one coherent time-pulse. Ultra-precise conical gears efficiently turn the engine’s energy and information current through a 90° angle to feed the time display on a sapphire crystal dial, marked with Super-LumiNova. 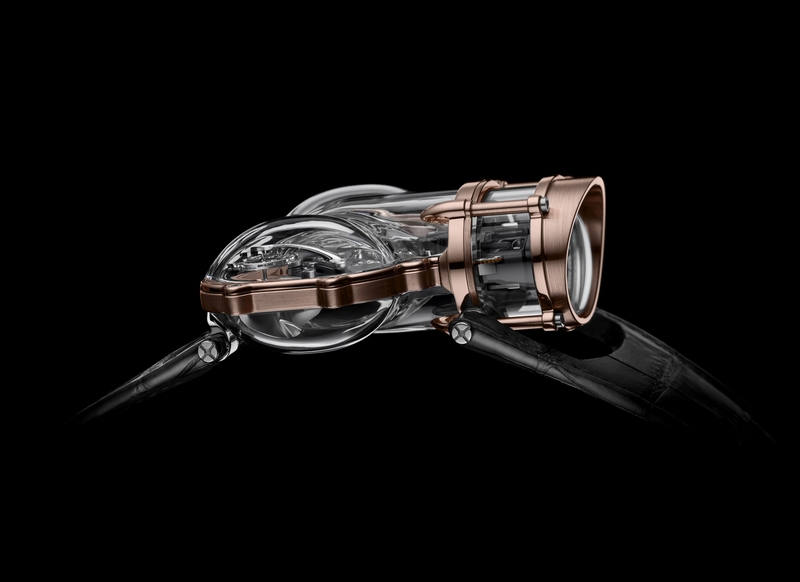 The smoother lines of MB&F HM9-SV watch minimise potential areas of mechanical vulnerability – but they also reinforce its oceandweller’s aesthetic. The result of three years of development, the HM9 engine is conceived and assembled entirely in-house, with the accumulated experience that comes with MB&F’s 18 different movements to date.

To reduce sensitivity to shocks, the MB&F HM9-SV editions feature a new shock-absorbing system: helicoidal springs placed between the movement and the case. The springs are crafted by laser from a solid tube of polished stainless steel, offering excellent elasticity and limited lateral displacement.

Performing the task of averaging the time measurement from the twin balances of the HM9 engine is a planetary differential, the gearbox of the movement, which then delivers a final reading to be displayed on the perpendicularly oriented dial. This complex mechanical computation was partially revealed in the original HM9 Flow, with sapphire crystal domes set over each balance and with a magnifying pane mounted above the planetary differential, visually emphasising the importance of its chronometric role. In HM9-SV, every aspect of the engine is open to discovery; the eye can follow the interplay of components from barrel to balance, from differential to dial. 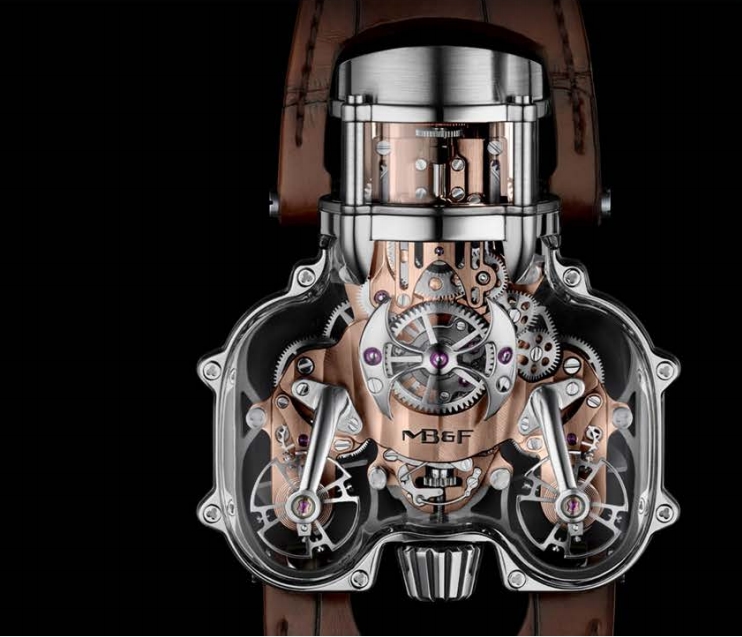 Corundum, commonly known in its gem-quality form as sapphire crystal, is one of the hardest minerals known to man.

It is surpassed in hardness only by a few other materials, notably diamond (crystalline carbon), which ratesa 10 on Moh’s scale of hardness, while corundum is rated at 9. This exceptional hardness means that sapphire watch crystals are virtually scratch-proof, providing unparalleled legibility and material integrity over the long term, not to mention imparting a level of prestige that is not associated with regular silicate glass or transparent polycarbonate — the two most common alternatives to sapphire watch crystals.

Concurrently, this also means that sapphire is extremely challenging to machine in complex three-dimensional shapes, a challenge that is compounded by the small machining tolerances required in watchmaking. Since its very first creations, MB&F has worked with ever-increasingly complicated sapphire crystal components; HM2 ‘Sapphire Vision’, the double-arched crystals of HM4 ‘Thunderbolt’, the recent HM3 FrogX and the hallucinatory body of HM6 ‘Alien Nation’ are prime examples.

Preparing the crystals for a single case of HM9-SV requires approximately 350 hours of careful machining and polishing; weeks of work that would be extended greatly if not for the 16 years of boundary-pushing sapphire crystal design that MB&F has accumulated since 2005. 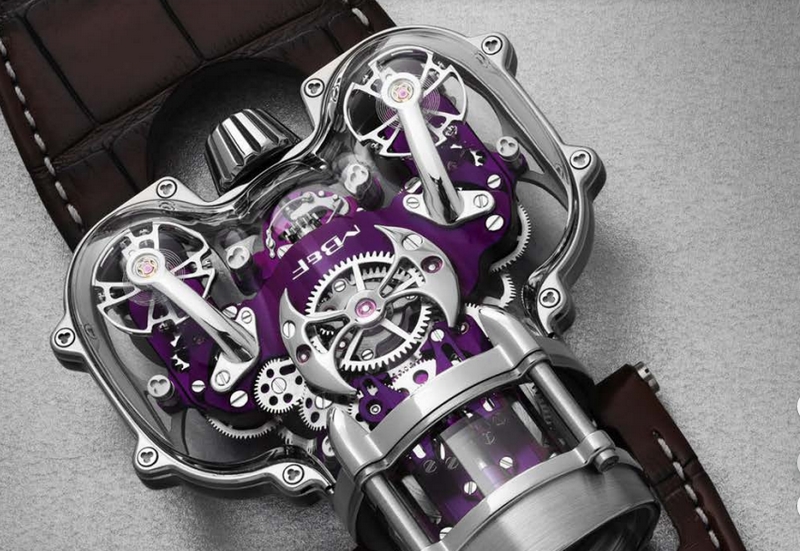 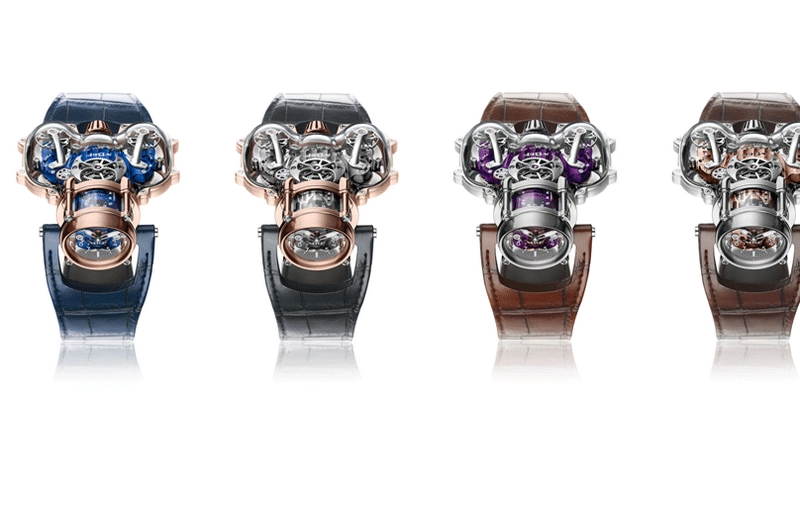 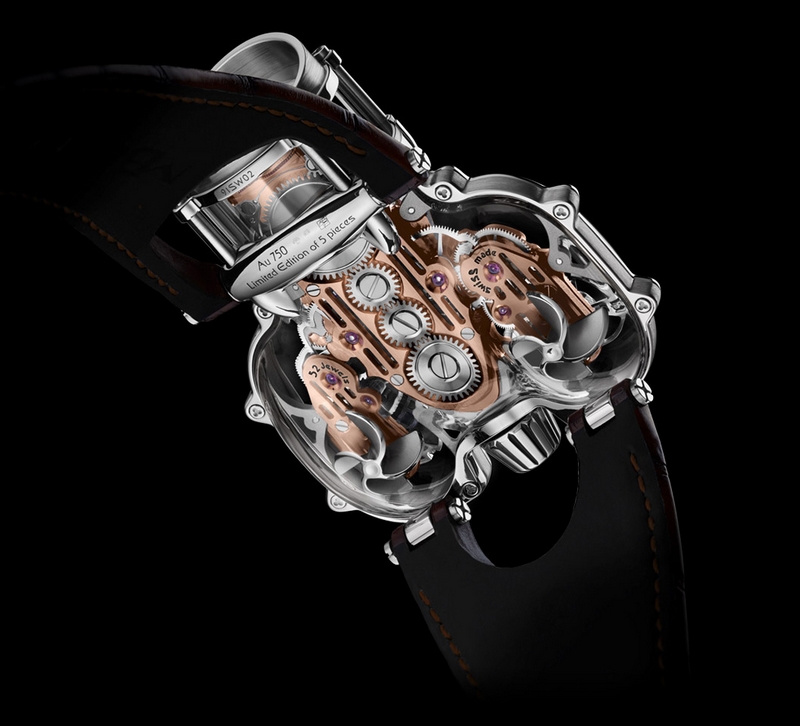 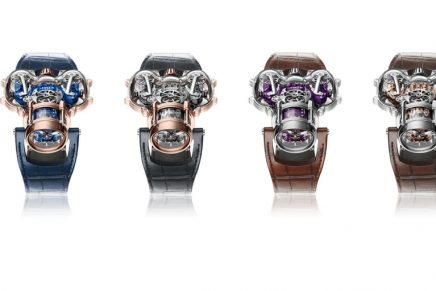 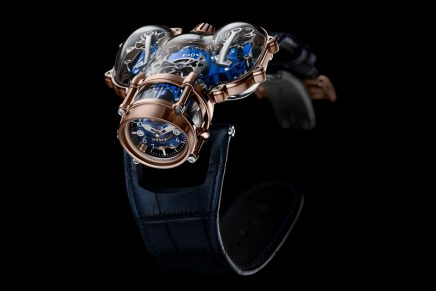 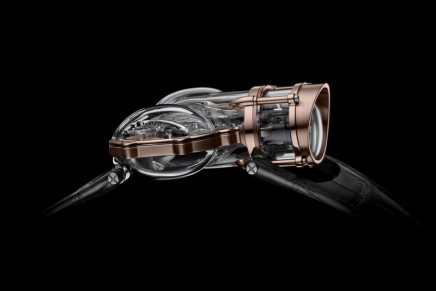 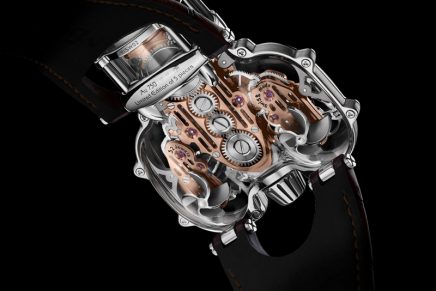 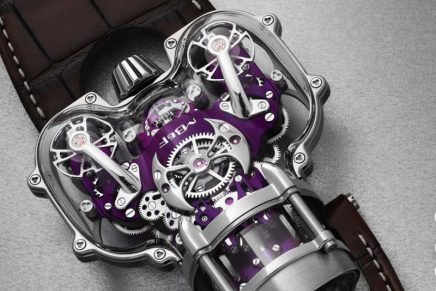 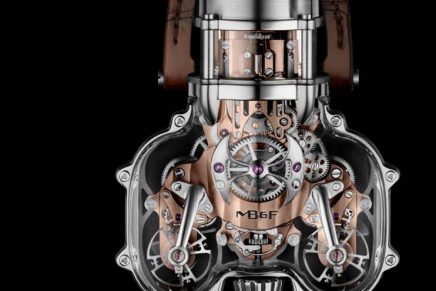 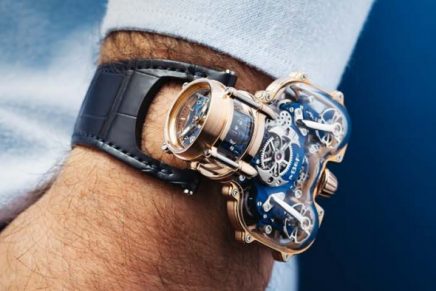 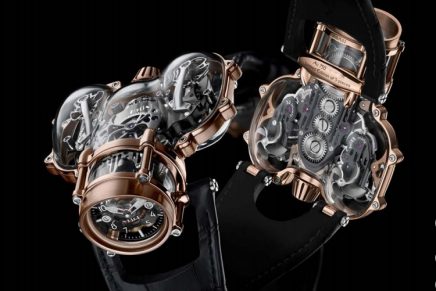