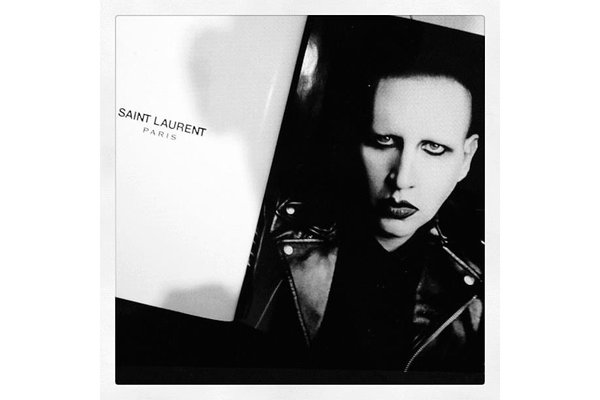 Saint Laurent explosive Creative Director Heidi Slimane is bringing a new tribute to nineties choosing dark rocker Marilyn Manson as the new face of the Saint Laurent’s latest ads. Provocative or spooky? Hedi Slimane’s pick is not so surprising as both became famous in the mid-to-late nineties and the shock lord does fit the new dark profile Slimane’s building for Saint Laurent. In the first fashion appearance Marilyn Manson posed in his trademark eyeliner and dark lipstick while wearing a classic Saint Laurent motorcycle jacket. Mr. Saint Laurent is probably spinning in his grave.