BMW expects to hit its 2011 sales target of more than 1.6 million combined for its BMW, Mini and Rolls-Royce brands, he said, which would represent a sales record for the group. BMW expects to remain the world’s best-selling premium auto maker, ahead of its German rivals Audi and Daimler’s Mercedes-Benz this year.

Sales for the company’s core BMW brand rose 9.3% in September to 128,446 cars. Demand was particularly strong for the compact sports-utility-vehicles X3 and X1. In the first nine months of the year, the brand’s sales were up 15% from a year earlier at 1.02 million cars.BMW’s sales figures were mirrored by Volkswagen’s Audi. 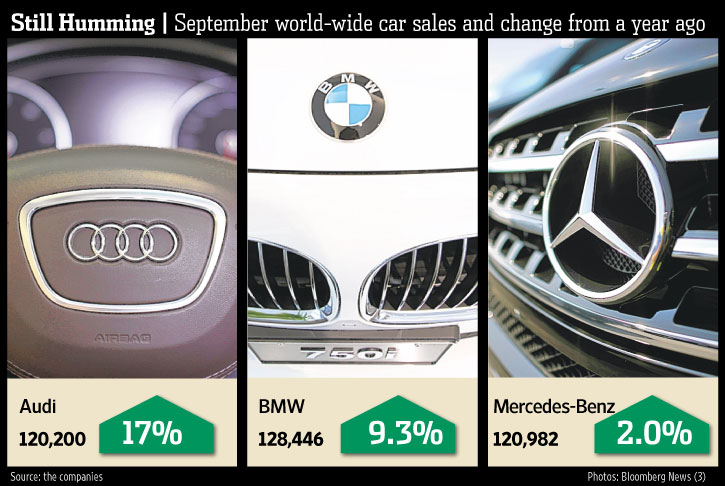 Audi said Monday that global sales rose 17% from a year earlier in September to 120,200 cars, with strong growth in China, where sales rose 33% to 29,476 cars. Sales in the first nine months of the year were up 17% at 973,200. Sales also grew in some of the countries facing tough austerity measures such U.K. and Spain.