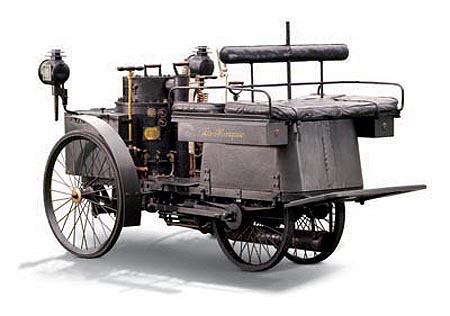 Commissioned by French entrepreneur, Count de Dion and named “La Marquise” after his mother, the 127-year-old vehicle drew a standing ovation from the audience.

The new owner joins an elite list of just five collectors to have claimed ownership of  La Marquise over its well-documented history.  In addition to being the world’s oldest running motor car, La Marquise’s impressive provenance includes participation in the first automobile race in 1887, where it reached a top speed of 37 mph on the straights, along with a double award at the famed 1997 Pebble Beach Concours d’Elegance. In addition, La Marquise has also successfully completed four London to Brighton runs in the UK.