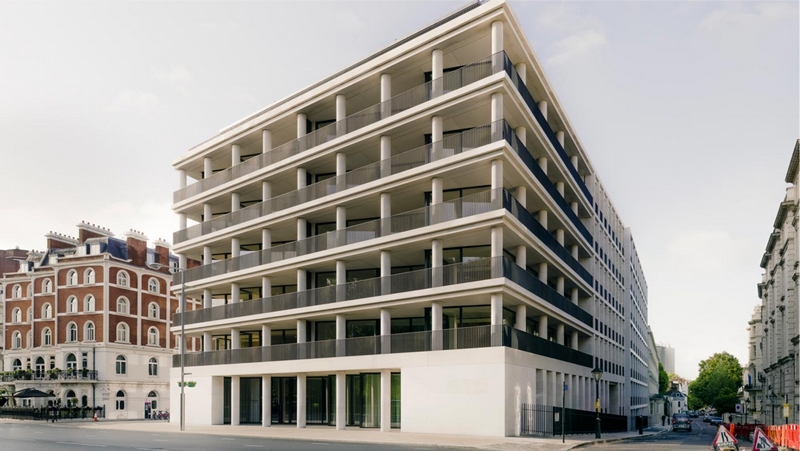 This article titled “London is the wild west of the global property market – and it needs a sheriff” was written by Simon Jenkins, for theguardian.com on Friday 23rd October 2020 09.00 UTC

One of the biggest property tycoons in London is the president of the United Arab Emirates, Sheikh Khalifa bin Zayed Al Nahyan. The Guardian revealed last week that he owned around £5.5bn of real estate in the city. This covers streets and buildings in Mayfair, Knightsbridge and Kensington, and may be more valuable even than the London holdings of the Grosvenor Estate, surpassed only by the Crown.

For a foreign head of state to secretly possess so much property in any capital is bizarre and presumably of security concern. When his regime is dictatorial and believes in the use of torture, enforced disappearance and imprisoning government critics, it should be triply unwelcome. Imagine the outcry if the owner was revealed as Vladimir Putin or Kim Jong-un.

Needless to say, the accumulation of the estate went on largely out of sight. Properties were purchased by shell companies in offshore havens. Quite why the sheikh should want such wealth in London as monarch of Dubai and Abu Dhabi is a mystery. It suggests a strange personal insecurity.

Khalifa’s most prominent property is called One Kensington Gardens, near the Royal Albert Hall. The site was acquired in 2008 for £320m from the Candy brothers, who had bought it for £69m just two years earlier. It was a classic example of an obscene London property deal, in which prices are inflated and weak planners are scared into sacrificing historic districts for the sake of “starchitect” buildings, here by David Chipperfield. Needless to say the flats have stood almost completely empty for five years since completion in 2015, a waste of space and a monument only to the vanity of a Gulf autocrat.

Boris Johnson as London mayor was wildly in favour of all this. He even flew to Kuala Lumpur in 2014 to promote London’s Battersea power station redevelopment. He called foreign funk money “inward investment”, though it paid London no dividend. In 2016 the Guardian reported only 30 of the 214 flats in Vauxhall’s Tower were on the electoral roll. The Times found that 99.3% of apartments in Manchester’s newest tower were owned by foreign investors.

These acquisitions are not inward investment at all, except to estate agents. They add nothing to Britain’s housing stock as they so often stand empty. They might as well be storage shelves in a bank. Yet they suck the lifeblood from their neighbourhoods. They spend nothing locally and kill communities. An evening walk through London’s new clusters reveals floor upon floor of unlit space. A third of Hampstead’s Bishops Avenue is reportedly empty, some of it semi-derelict. Whole streets in Kensington and Chelsea stand shuttered and dark. It should be a squatters’ paradise – and who could complain?

I respect the sanctity of property, but houses are a special sort of property, property within a community. As such, property like this should be regulated, taxed and subject to some sense of public obligation. London’s landlords have in the past shown a concern for the vitality and appearance of their streets. The Howard de Walden estate guards the identity of Marylebone as the Crown does that of Regent Street. To own land in a city is to be part of that city’s lifecycle. Yet one of the reasons foreign buyers prefer tower blocks is that they evoke no such concern. They are locked away, anonymous, the antithesis of what an urban community should be like.

That London’s government consents to this antisocial behaviour – and even promotes it, in Johnson’s case – is outrageous. Holding blocks of property off the market for years on end should be banned. London’s leaders claim to favour building more houses, but they ignore the houses sitting unused. When Islington found a quarter of its new homes were empty, it tried to enforce occupancy on pain of court orders and imprisonment. It got nowhere. Some councils impose a tax surcharge on empty homes but a few hundred extra pounds is insignificant. The highest council tax band in Kensington and Chelsea, home to one of Khalifa’s luxury apartment blocks, is £2,473.66 a year. It would be 20 times that in New York.

Few other cities stand for this nonsense. In New York, most co-ops and condominiums – covering the majority of residential properties – require full-time residence on pain of eviction. Hong Kong, Singapore and Canada levy heavy taxes on foreign buyers. New Zealand bars non-residents from owning property. To buy property in Delhi, a foreigner must commit to occupy it for six months a year.

These are hardly illiberal controls. Modern London is the wild west of the global property market, and parts of it are defaced and dying as a result. Manchester will surely follow. If overseas investors are not to be outlawed, at least occupancy or sub-letting should be enforced.

A city is not an object, let alone a bank account. Those who own it should commit to it. For it to pass to an unknown, absentee landlord should be unthinkable.

• Simon Jenkins is a Guardian columnist