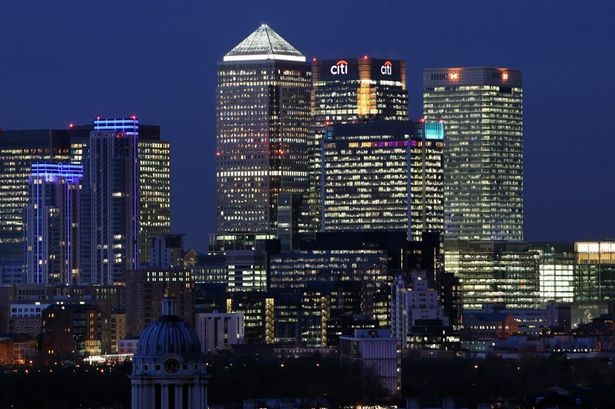 This article titled “London is a property developers’ paradise. And ordinary people are being priced out” was written by Owen Hatherley, for theguardian.com on Monday 18th November 2013 09.30 UTC

Tower blocks, once considered an evil social experiment foisted by bureaucrats and architects on the working classes, are being built at a rapid rate in London today. They’re not called that any more, obviously – they’re apartments, residences, stunning developments or luxury living solutions – and they lack the things that tower blocks used to have, such as open space, double-aspect flats, lots of storage space or low rents. But residential, tower-shaped buildings are, after a short gap from 2009-2012, rising. On the Isle of Dogs, the 74-storey Hertsmere Tower has just been unveiled by the Irish developer Tom Ryan, which will actually be taller than the adjacent office blocks of Canary Wharf. Given that London is in the middle of a housing crisis, with rents rising as fast as they were during the boom, an argument might well be made that this could ease the problem. The simplistic call of “build more homes!” appearing on both benches of parliament, is visibly being answered, as the cranes from Vauxhall to Woolwich erect the latest concrete-framed high rise. Is all this conspicuous construction going to solve London’s housing problem?

The answer is yes, if you think that the crisis is undersupply of buy-to-let flats aimed at the affluent, but no, if you entertain the notion that the crisis might be one of rising rents, pressure on social and council housing and its tenants and rampant gentrification. None of these towers are social, affordable or (obviously) council housing, but explicitly for private renters. Naturally, their defenders might say, these things cost public money, and in this time of heightened austerity we have to let the market sort it out for us. So you might be surprised to find that these towers are being specifically encouraged by the government, and are often in receipt of rather large sums of state subsidy. The government recently introduced, along with Help to Buy to encourage homeowners, a scheme called Build to Rent, which offers loans or equity to “a varied mix of developers” to build private homes to be sold at market rents. Some 43 developers have already applied for the scheme, and £1bn is being allocated for this purpose. Several housing associations in the north of England that were initially keen to sign up to the scheme have pulled out, citing regulations that require that the Homes and Communities Agency receives annual returns on their investment, something which is hardly certain with social renting. It’s becoming clear that this is basically an equity scheme for yuppie flats, underwritten by the state at preferential terms.

It’s doubtful they’ll be funnelling money towards a developer like Tom Ryan and his Canary Wharf skyscraper, as they cater for millionaires rather than the merely upwardly mobile; but dozens of more mundane developers are getting money from Build to Rent already. One recipient is Genesis Housing Association. Its delightfully named Stratford Halo, a few stops away on the DLR, was not built with Build to Rent funds but is representative of the sort of development the scheme was set up to fund. It has a rent of £1,700 per month for a two-bedroom flat. In order for this to qualify as “affordable”, (defined by Shelter as 35% of income), a family would have to be earning £76,000 a year.

This is what made it a target for Let Down, a group bringing together several tenants’ rights organisations across London, who occupied the Halo on Saturday, by posing as potential tenants – as one of them pointed out, “in order to be allowed to view this publicly subsidised zone 3 flat, four of us had to pretend to have an annual income of more than £150,000”. On seizing the tower for a day, they unfurled banners across it, one of which reads “£90m public fund for unaffordable housing scheme”.

As always, the invisible hand is being given a great deal of help in London, with the current demographic shift where the rich move in and the poor move out encouraged first by the restrictions on council tenure, then by the bedroom tax, and now by a fund being thrown at private developers. The Hertsmere Tower is the more obviously gross part of this equation, its most luxurious end, towering over a borough with 23,000 people on its waiting list, where neighbouring social housing such as Balfron Tower and Robin Hood Gardens are both being prepared for a better class of resident. This isn’t happening automatically, inexorably or accidentally – it’s public policy. Londoners are literally paying for the transformation of their city into a property developer’s paradise.