By far the most valuable commercial species in Australia (worth over half the value of total Australian finfish catch), Australian Rock Lobsters are caught mainly in pots, and serve as a delicious centrepiece at any dinner party. “Serve them as sashimi, in a salad, on the BBQ or in a pasta to impress your guests this Christmas,” advised Sydney Fish Market. 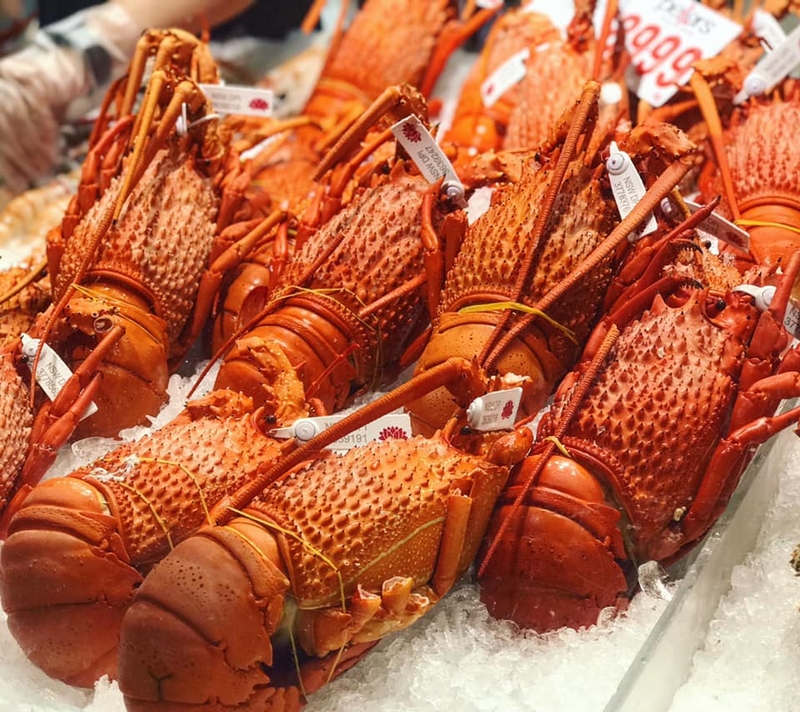 This article titled “Lobsters are being sold for just $20 each in Australia – here’s how to cook one” was written by Alyx Gorman, for theguardian.com on Monday 14th December 2020 16.30 UTC

A whole lobster for a lobster ($20) would have been unthinkable up until recently – but 2020 is full of surprises. This year, with international exports cratering, Australians are faced with a glut of Western Australian rock lobsters.

Both Coles and Woolworths are selling the crustaceans for half their usual price – though when Guardian Australia visited two Woolworths stores in Sydney’s inner west on Saturday, we were told the lobsters had sold out just an hour after opening, with staff suggesting we call ahead to find out when the next delivery would come in.

The Sydney Fish Market also reports that lobster prices are down, telling Guardian Australia: “We’ve seen a reduction that sits generally between 20-50%, with the exact price being dependent on the retailer.”

Related: ‘Don’t be hung up on gourmet’: Adam Liaw’s guide to giving food for Christmas

But once you’ve got a cut-price crustacean in your claws – what should you do with it? Joel Bennets, the head chef of Fish-Shop by Fishbowl, which focuses on sustainable fish, says that the best tasting lobster is live – “it’s a much better product”.

But, preparing a live lobster can be a grisly business. “You need to kill the lobster by putting a knife between its eyes, then you pull down towards the chopping board,” slicing the length of its body in half “and that kills it instantly”.

“This is what you have to do if you want to get cheap lobsters,” he says.

Roberta Muir, manager of Sydney Seafood School, says that while the splitting technique is the best way to “dispatch a lobster humanely” because “their central nervous system goes right down their whole body” she believes “most people don’t have the knife skills to do that”.

The RSPCA published a statement on 15 December suggesting, “When it comes to buying crustaceans, like lobsters and crabs, make sure you always buy them dead.” The animal welfare group recommends all crustaceans be “rendered insensible” by electrical stunning or chilling before they are killed, their guidelines recommend lobsters be “humanely killed by trained and competent personnel.”

Miur suggests that home chefs follow the RSPCA’s guidelines and only purchase cooked lobster; but she notes that “a lot of retailers will be selling live lobsters.”

She suggests you, “turn it into something simple like a beautiful salad”.

If you want to use the lobster in a pasta, Miur suggests tossing the meat through at the very end – and she suggests it can make “a luxurious omelette” too.

Incorporating lobster into a risotto, as in this Bill Granger recipe is also a good option. Andrew McConnell’s lobster roll also work with pre-cooked lobster.

“There’s another little trick,” says Miur, “which is to make a stock out of the shell – let it simmer for about half an hour, that way you’re not wasting any.”

Bennets suggests doing this with a fresh lobster too – “you can take the whole head including the claws and use that to make a stock or a bisque”.

But, Bennets notes, “with nose to tail eating with anything, you might need to buy specialty implements”. He name checks claw crackers and lobster forks as very helpful for extracting all the meat from a lobster. Which might end up making that bargain crustacean a little more expensive than you initially expected.

• This article was amended on 16 December 2020 to remove Miur’s suggestions for how to render lobsters insensible; and to remove several recipe suggestions that call for live lobster. Miur was originally interviewed prior to the RSPCA publishing their suggestion that home-cooks only buy cooked lobster. After the publication of the RSPCA statement, she agreed with their recommendations.

• This article was amended on 15 December to include a link to the RSPCA guide Humane killing of crustaceans. An earlier version used the word “grizzly” when grisly was meant.