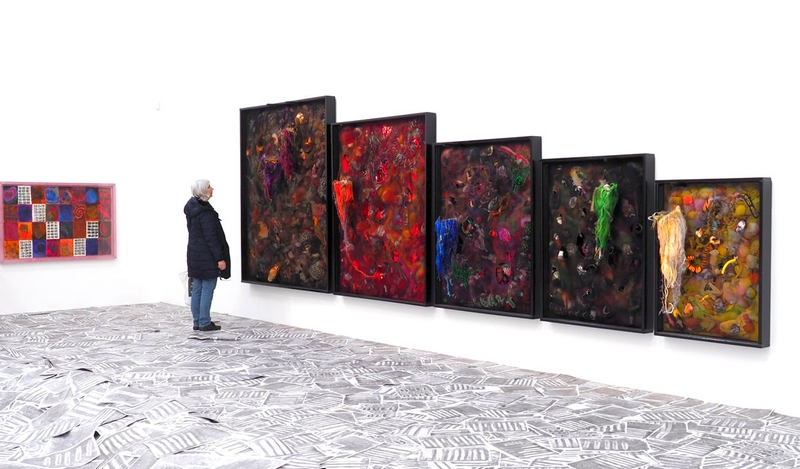 This article titled “From Llandudno to Stromness: 10 of the best hidden gem art galleries” was written by Jonathan Jones, for The Guardian on Friday 2nd October 2020 07.00 UTC

Salisbury
Britain’s medieval churches are the nation’s oldest art galleries, where peasant and lord alike once pondered the latest depictions of hell. Salisbury, like other cathedrals around the country, has an ambitious programme of contemporary art among its skeletal effigies and soaring vaults, including an Antony Gormley, as part of a big contemporary show for its 800th anniversary this year, Spirit and Endeavour.

St Ives
The Cornish town of St Ives is as famous for modern art as it is for pasties. From Tate St Ives to Barbara Hepworth’s studio, the place is a seaside monument to a lost era of British modernism. But Anima Mundi adds a welcome contemporary twist. Its vibrant programme of graffiti-flavoured paintings brings St Ives out of the mid 20th century into the 21st.

Newcastle upon Tyne
The mesmerising, apocalyptic art of John Martin is a highlight of this excellent gallery. Martin was a Victorian polymath who dabbled in engineering and drew some of the first reconstructions of Jurassic creatures. Woodcuts by Thomas Bewick and Reynolds portraits also stand out in intelligent exhibitions of art old and new at the Laing.

London, W1
The entrancing Wallace Collection is under-praised compared with London’s more fanciful pop museums. Yet it has one of the sexiest collections in Europe (if your idea of sexy is a nude painted in the most titillating way possible by Fragonard or Boucher). It also has works by the great 18th-century artist Élisabeth Vigée Le Brun.

Hull
Going against the tide of fashion and PR thinking, this excellent gallery celebrated Hull’s recent year as City of Culture by buying, not a Grayson Perry, but a painting by the 14th-century Sienese master Pietro Lorenzetti. It also staged a very successful Turner prize exhibition.

Stromness
This Orkney art hub has a fine collection of early 20th-century British art whose sea-swept modernist bleakness perfectly suits its location on an actual pier. Down below on the “ground” floor, the cold sea is atmospherically close as you experience contemporary art from photogravures by Olafur Eliasson to Martin Parr’s photos of Scotland.

Related: The Guide: Staying In – sign up for our home entertainment tips

Llandudno
Llandudno may be a genteel seaside town but it has a cutting-edge gallery that shows a rigorous, ambitious mix of Welsh and global contemporary art. Its current show of bright assemblages by Athena Papadopoulos, which question gender and identity, is exactly the kind of unexpected art you can expect to find here.

Liverpool
Tate’s Albert Dock branch gets the attention but Liverpool’s true artistic jewel is its older museum, which houses a great collection from the medieval genius Simone Martini to one of David Hockney’s most joyously homoerotic works. The current show of Linda McCartney’s photographs typifies its lively and fun exhibitions.

Glasgow
One of the most ambitious commercial galleries in Scotland, this cool, urban outfit is probably the best place to catch up on Glasgow’s energetic art scene, while other artists the Modern Institute represents include Jeremy Deller and Urs Fischer. It also has a second site for more long-term projects by the likes of Richard Wright.

Petworth, West Sussex
No less an authority than John Constable called this National Trust property “the house of art” and, aside from fine views, it houses a collection to rank with major museums, from Bosch’s The Adoration of the Magi to the visions of William Blake. The star is JMW Turner, whose studio is preserved along with a gathering of some of his greatest glowing landscapes.