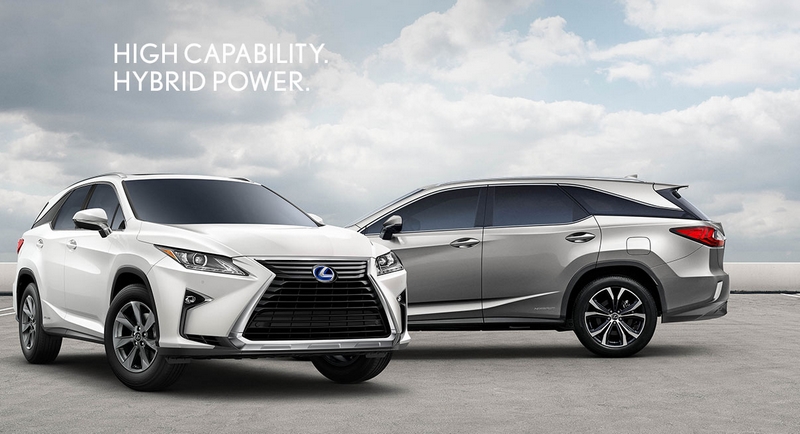 This article titled “Lexus RX 450hL preview: ‘A luxury seven-seat SUV for the lucky few’” was written by Martin Love, for The Observer on Sunday 1st July 2018 05.00 UTC

It has been estimated that cars are unused for 96% of their life. That isn’t bad compared to luxury yachts, which are lucky if they get as much as a single day a year out on the briny.

Backing up this woeful and wasteful stat is the spoilt owner of a new luxury Lexus who lives at the end of my street. He took delivery of his pearly white RX 450h in March of this year. I walk past his drive every morning and have become obsessed with the fact it never moves, as if it’s chained to the gatepost. It wouldn’t be so bad if it was an old rust bucket, but a £50,000 Lexus defies belief.

If only he’d get in, he’d discover a world of pleasure at his finger tips. It’s the fourth generation of the car which, since it was launched 20 years ago, has notched up sales of 2.7m. But it’s the first time the model has come as a seven-seater (gosh!) and it’s the only seven-seat, high-end self-charging hybrid SUV you can buy. Power comes from a juicy 3.5-litre V6 engine that’s paired with two electric motors. The drive is whisper-quiet. The combination of the modern electric motors and the old-school carbon-burning unit blend to make progress smooth, efficient and economic – for such a large car. But, as so often with Lexus, it’s all about the sumptuous interior: leathery, lavish and luscious.

Maybe the owner is content just to sit in it?