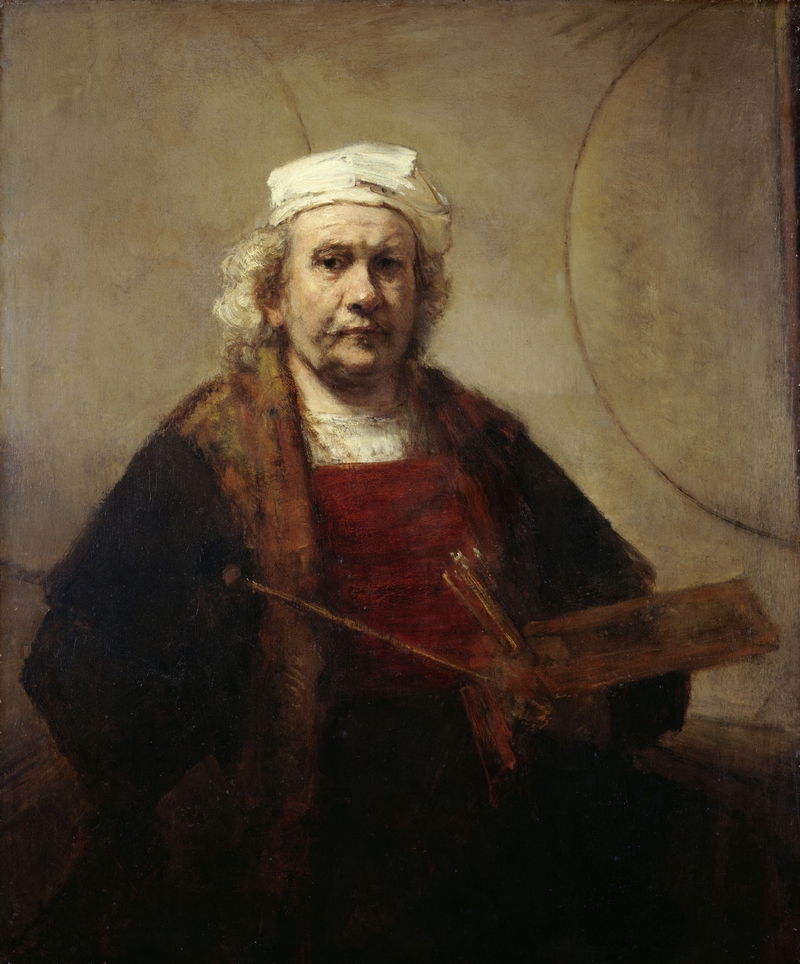 It’s the art fight of the year, the rumble in the museum. Who is the greatest – Rembrandt van Rijn or Leonardo da Vinci? The two geniuses both have big anniversaries this year. According to the Netherlands, 2019 is officially the Year of Rembrandt. Amsterdam’s Rijksmuseum, the Mauritshuis in The Hague and the Museum De Lakenhall in Leiden are all putting on shows for the 350th anniversary of his death in 1669. Yet Rembrandt isn’t getting his year to himself. This also happens to be the 500th anniversary of the death of Leonardo in 1519. It’s a great excuse for exhibitions by Britain’s Royal Collection and British Library as well as a grand retrospective at the Louvre.

So which is the bigger anniversary? The smart bet might seem to be Rembrandt. His art is so absorbing, tragic and inward. His portraits are the painterly equivalents of King Lear. He is a painter in whose shadows the soul can linger. By contrast, Leonardo is a pop star who’s still busting the market 500 years after his death – and isn’t that a bit oppressive? It’s hard not to feel alienated among all the smartphone-touting tourists in front of the Mona Lisa. Not much room there for the meditative silent communion you can have with a Rembrandt.

His paintings are absorbing, tragic and inward – but how many copies would The Rembrandt Code sell?

Rembrandt’s Self-Portrait With Two Circles is unlikely to be surrounded by cameras if you seek it out at Kenwood House in London. You can gaze into the old artist’s dark eyes as they contemplate you in return. His conscious presence lurks in soft mossy gatherings of muted colour. He uses his brush to create both himself and what looks like an unfinished map of the world. Rembrandt looks noble and flawed, gazing at you as one troubled person at another.

Did Leonardo ever create anything so disarmingly and rawly human? I’d reply with another question: has anyone under the age of 30 ever given a hoot about Rembrandt? Self-portraits that probe the inner self are all very well, but there’s a universality to Leonardo that puts him in a different league. I became a fan of his genius when I was about eight. I had a Ladybird book about great artists. The story of Leonardo da Vinci was like a fairytale – there was a picture of him buying birds at market just so he could release them. What’s Rembrandt got for an eight-year-old? And how many copies would The Rembrandt Code sell?

As for depth, it’s a false test to compare a Rembrandt self-portrait with the Mona Lisa. To grasp the real wonder of Leonardo you need to look at his drawings. He finished very few paintings and all are commissions in which self-expression struggles with patrons’ demands. It’s in his notebooks that Leonardo truly soars. In page after page he studies nature, designs machinery, invents weapons, plans fortifications and seeks the secret of flight.

The greatest of all these visual investigations are his anatomical drawings. These are his artistic answers to Rembrandt’s portraits – and they are also miracles of science. He wrote of the dread he felt when he stayed up all night in a dissection room full of cadavers, alone with the dead. Out of these experiments he produced drawings that go – literally – deeper than Rembrandt. Instead of being moved by a face, Leonardo digs and cuts in search of life’s hidden structure. The drawings that record his fleshy discoveries outdo Rembrandt’s greatest portraits as images of what it is to be human. There’s no more moving work of art on earth than his depiction of a foetus in the womb, esconced as if in a capsule bound for the stars.

The quivering mystery of Leonardo’s drawings of the lungs and heart, the precision of his studies of the eye and brain – these are his most sensitive as well as mind-boggling works. His anatomical drawings belong to the Queen and many will be touring the country this year.

Sure, Rembrandt is the Shakespeare of painting. But Leonardo is Shakespeare, Einstein and the Wright brothers rolled into one. Come off it, Rijksmuseum. This just isn’t Rembrandt’s year.