Michelin Guide unveiled its 2022 selection of restaurants for Great Britain and Ireland. With a total of 1285 restaurants, including 194 MICHELIN Stars and 122 Bib Gourmands, the 2022 vintage is made even more momentous by the impressive number of new Stars in this year’s selection. With 1 new Three Star, 5 new Two Stars and 19 new One Stars joining the selection, the 2022 Guide offers an impressive illustration of the vibrancy, creativity and excellence of the British and Irish culinary scenes. 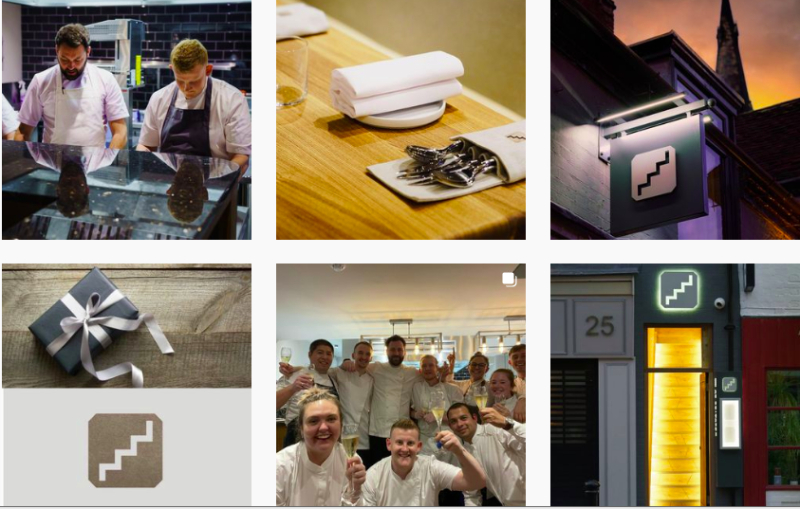 Due to the on-going pandemic and safety considerations for chefs, restaurateurs and the MICHELIN team, this year’s launch of the MICHELIN Guide Great Britain and Ireland took place in a digital format only.

Gwendal Poullennec, International Director of the MICHELIN Guides said: “Naturally we were disappointed to be unable to host this event in person. However, we wanted to celebrate the achievements of the country’s top chefs, who have fought hard not only to survive, but to excel in these challenging times. To award so many new Stars this year, including one new Three Star, is testament to the determination and resilience of those working in the hospitality industry – not just the chefs, but those involved at every level.”

It would be hard to find a restaurant more immersed in the region in which its located than L’Enclume and the Lake District. It earned its first MICHELIN Star in 2005 and its second in 2013 – and is currently celebrating its 20th year. In that time, it has never stood still, establishing its own farm, showcasing the region’s finest ingredients and following a strong sustainable ethos. An enormous amount of time and creativity goes into every superbly crafted, stimulating dish, which makes eating at this highly accomplished restaurant a truly memorable experience.

It’s a great year for Dublin, which sees not just one, but two restaurants awarded Two MICHELIN Stars. Finnish-born Mickael Viljanen moved from the south to the north of the Liffey to become co-owner at Chapter One, and his restaurant goes straight into the Guide with Two Stars – a rare feat. Meanwhile Liath, an intimate restaurant located within a bohemian suburban market and run by passionate Australian chef-owner Damien Grey, is promoted from One to Two MICHELIN Stars.

In London there are two promotions. At The Clove Club, Isaac McHale’s flagship – which was first awarded a Star in 2014 – his high aspirations and determination to continually move forward have resulted in creative, exceptionally balanced cuisine. While at Ikoyi – which earned its first Star in 2019 – meticulous sourcing and a focus on the organic and the biodynamic comes together with Jeremy Chan’s clever approach to flavours and passion for West African spices, to create some truly original dishes.

In Wales, Ynyshir – which has held One MICHELIN Star since 2015 – has also been promoted. Here, the larger-than-life chef-owner Gareth Ward provides one of the most unique and immersive dining experiences in the country. Diners are all served at the same time – and are taken on an extraordinary journey of 30 exhilarating courses, where Welsh produce is enhanced by Asian influences.

These 5 new additions to the Two MICHELIN Star category bring the total number of Two Starred restaurants in this year’s Guide to 22. 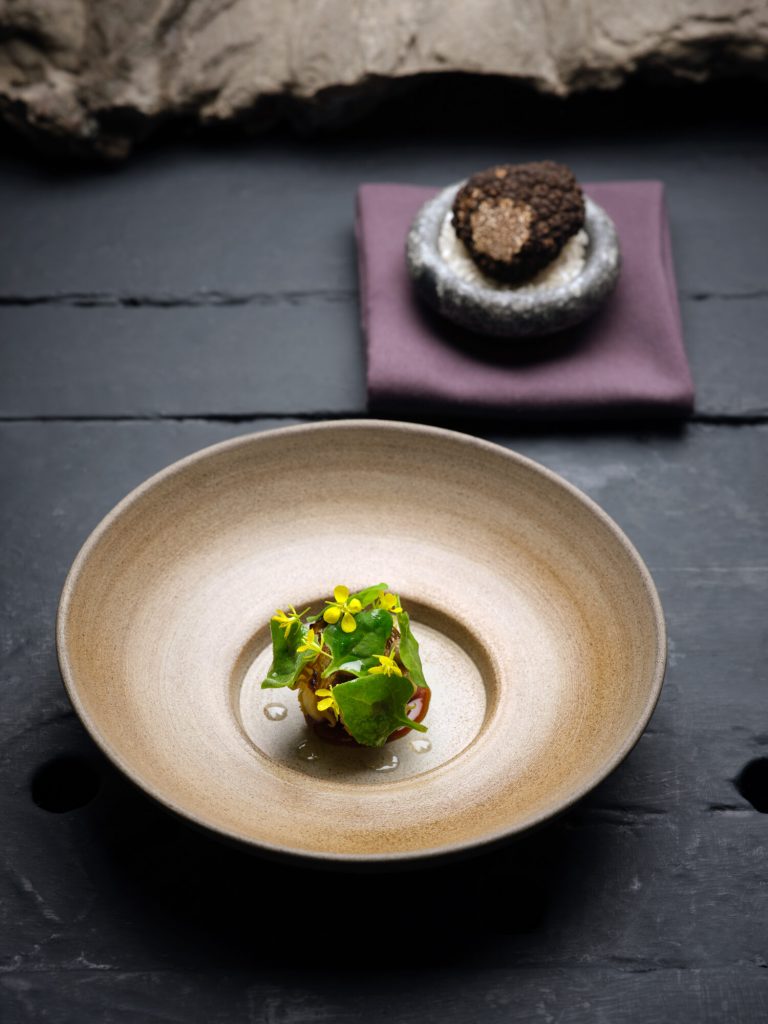 To the North of England, Pine, where foraging, ethical sourcing and sustainable practices are key, is added to the Guide with both a MICHELIN Star and a MICHELIN Green Star. There are also two promotions: The Barn, which uses the kitchen garden to create flavour-packed dishes; and the Dog and Gun Inn (a former Bib Gourmand), a no-nonsense pub serving bold, hearty food.

Elsewhere, three new additions gain MICHELIN Stars. In the Midlands, Upstairs by Tom Shepherd, where refined British dishes have subtle Asian influences. To the East, Meadowsweet, a serene experience which offers a meticulously delivered tasting menu of local ingredients. And to the South, the Bridge Arms, where well-balanced dishes have a wholesome feel.

In Wales, MICHELIN Stars go to two new additions to the guide: Home Restaurant – run by James Sommerin and his family – where dishes showcase the Welsh larder; and SY23 Restaurant (also winner of the Opening of the Year Award), where the charcoal grill is used to good effect.

Scotland sees the sophisticated Glenturret Lalique, set within Scotland’s oldest working whisky distillery, and Unalome by Graeme Cheevers – with its bold, classically inspired dishes – both newly added to the guide with a MICHELIN Star.

Including the previously awarded restaurants which have maintained their distinction this year, the MICHELIN Guide Great Britain & Ireland 2022 lists 164 One MICHELIN Star restaurants.

Introduced in 2021, the MICHELIN Green Star highlights restaurants at the forefront of the industry when it comes to their sustainable practices.

These restaurants offer dining experiences that combine culinary excellence with outstanding eco-friendly commitments – and are a source of inspiration both for keen foodies and the hospitality industry as a whole.

New addition to the Guide. Also awarded One MICHELIN Star.

For 2022, five special awards were presented. These highlight exceptional people and remarkable teams who have particularly impressed the MICHELIN Inspectors over the past year.

Philip Howard held Two MICHELIN Stars for 17 years at The Square, where he established himself as one of the UK’s leading chefs. He is a “chef’s chef”, who doesn’t shout about his achievements, and the fact that he can still be found behind the stove demonstrates his passion and focus. Many great chefs have passed through his kitchens.

For the first time, this award celebrates not just one but three young chefs – the three brothers who run Evelyn’s Table. Having so far kept their working lives separate, they have now come together to form an unbeatable trio, who exude infectious enthusiasm.

Huge smiles, a passion for their craft and a skill for anticipating guests’ needs creates an exceptional service experience here. For over 20 years Dale has not only led by example but has supported, encouraged and shared his knowledge with his wonderful team – who would make the late Andrew Fairlie proud.

Part-owner of Trivet, Isa has had an illustrious career which has spanned over 20 years, including 12 years as Head Sommelier at The Fat Duck. He skilfully suggests wine pairings from a passionately compiled, highly original list, and is an admirable torchbearer for lesser-known regions.

Fun, contemporary SY23 brings a breath of fresh air to this quaint seaside town. There’s a buzzy bar, a vibrant soundtrack and a lively atmosphere – and the open kitchen with its charcoal grill takes center stage. The 9-course menu of European and Asian dishes is served to everyone at the same time. 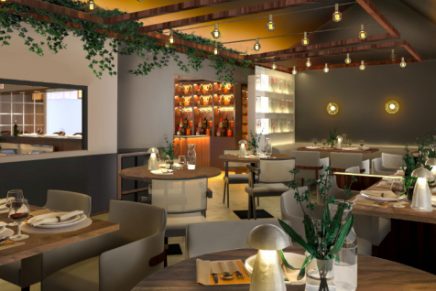 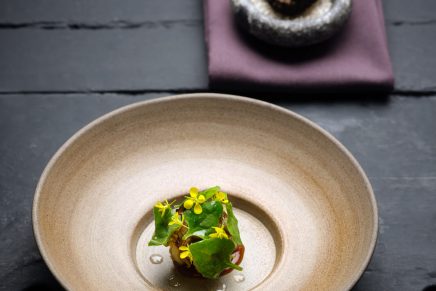 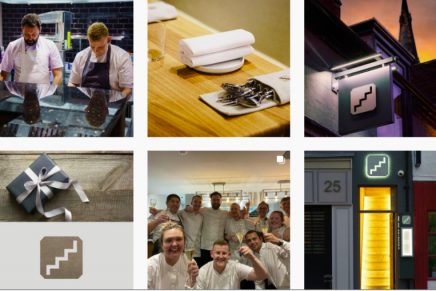