Lazareth’s futuristic motorbike transforms into a flying hoverbike. It’s a real flying motorcycle prototype. Designer Ludovic Lazareth and the team of French custom auto/moto maker hover-tested the motorcycle on tethers to a height of one metre. 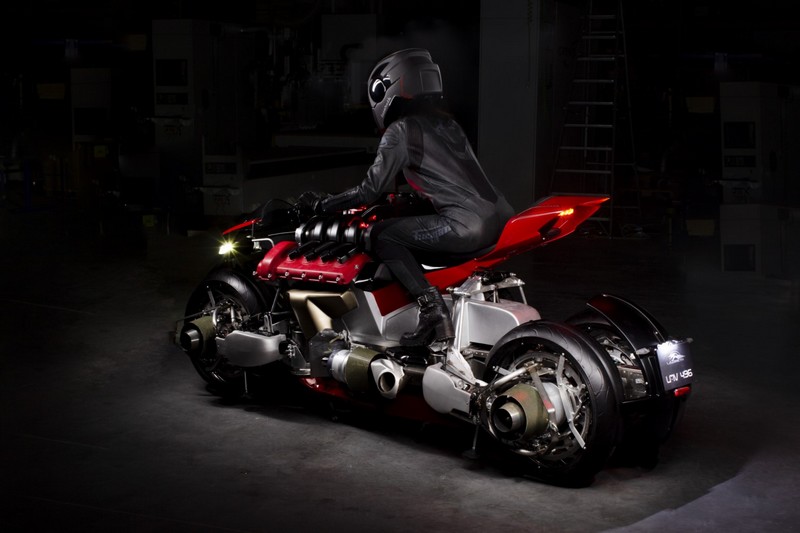 Called Lazareth LMV 496, the flying motorcycle/ La moto volante is equipped with a 5.2-litre V8 Maserati engine and will certainly appear in movies and ads in the near future. In 60 seconds, the 140kg motorcycle gets airborne thanks to the combined vertical thrust provided by the 96,000-rpm Jetcat jet turbines (equal to ~240kg).

The ~£496,000 bike-quadcopter is made of Kevlar-carbon composite. On the road, the LMV496 is an electric motorcycle with a hundred kilometres of autonomy. The transition from the road mode to the flight mode is done by operating a simple switch on the dashboard. The total power delivered is around 1300 horses for 2800N of thrust.

The concept was inspired by the first Lazareth LM847motorcycle prototype. Instead of the Italian engine, a composite body conceals the kerosene tank which gives the flying bike an autonomy of about ten minutes in the flight mode.

Lazareth LM496 is limited to 5 units. The motorcycles available for order are #002 , #003 , #004, and #005 . All Lazareth customized vehicles are approved in accordance with French regulations. 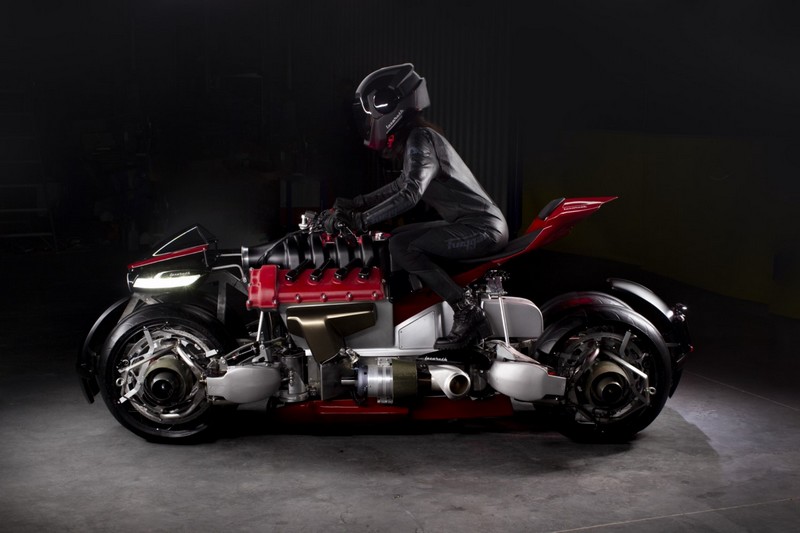 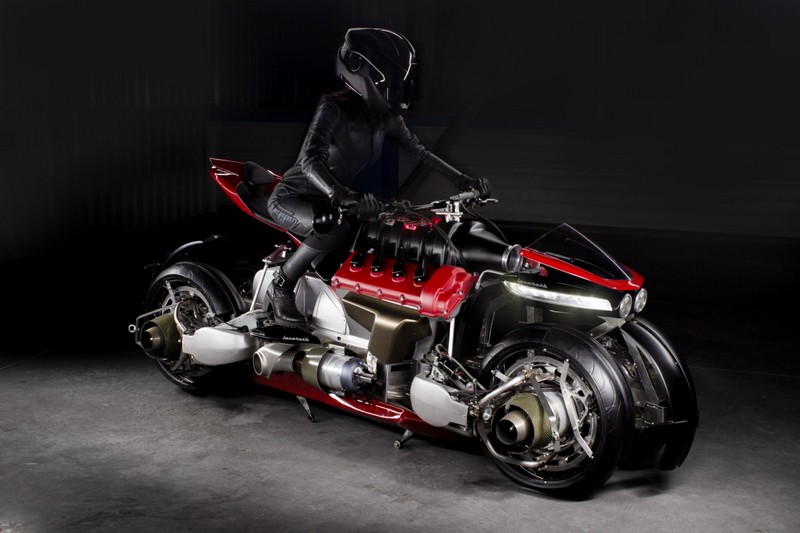 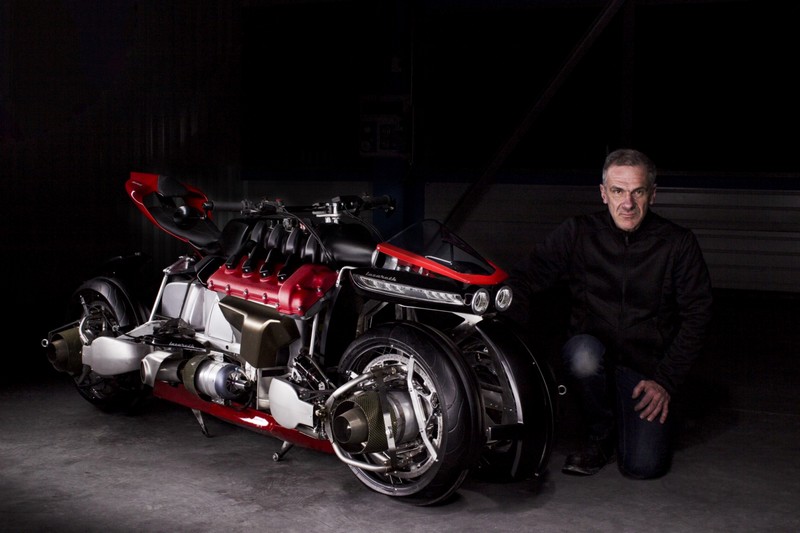 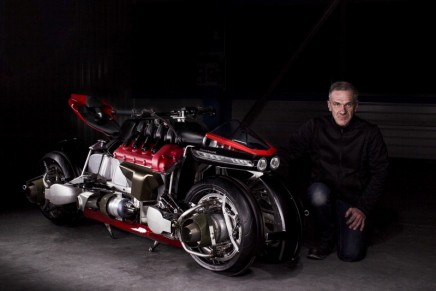 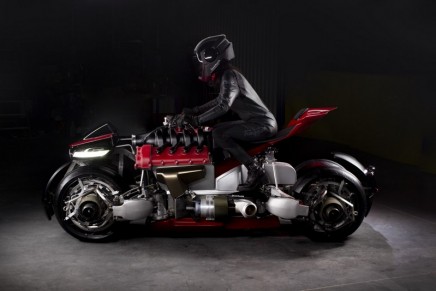 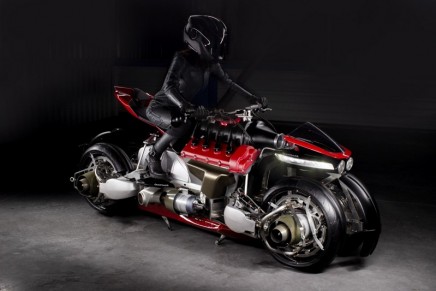 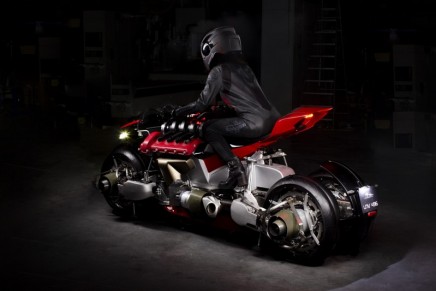