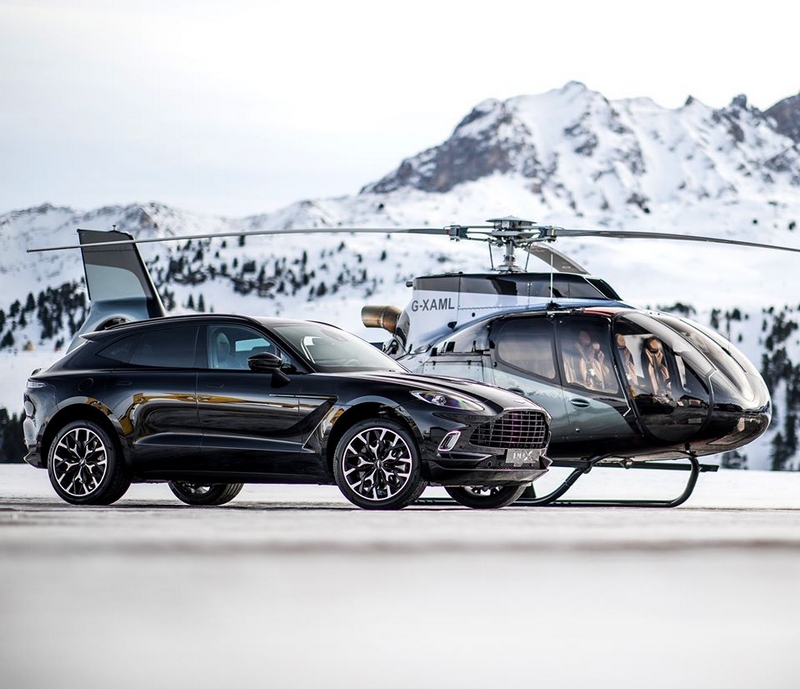 Film fans everywhere know that James Bond always offers a blend of sartorial refinement and expensive sports cars. Beleaguered shareholders in Aston Martin, 007’s favoured car in the movie series, will be hoping that same glamorous combination will work in the boardroom, as the investor overseeing the latest bailout of the beleaguered British carmaker is a billionaire fashion tycoon.

Lawrence Stroll is the lead investor and controller of the consortium pumping in £182m as part of the luxury marque’s £500m rescue fundraising. The Canadian will also join the board as executive chairman.

Stroll made his $2.6bn (£2bn) fortune through a series of investments in the global expansion of fashion brands.

He grew up in Montreal, learning from his father, Leo Strulovitch, a Quebec businessman who brought the Pierre Cardin and Polo Ralph Lauren brands to Canada. Stroll then built on the Ralph Lauren connection, taking the label to Europe.

That was followed by an investment in the American designer Tommy Hilfiger that helped his brand become a household name, and then the £100m purchase of a majority stake in Michael Kors in 2003. That investment paid off for Stroll and his business partner Silas Chou as Michael Kors products – especially its leather tote bags – became hugely popular around the world and the value of the business rocketed. Stroll’s company, Sportswear Holdings, finally sold the last of its stake in 2014.

The immense wealth generated by those investments has given Stroll an almost archetypal billionaire’s lifestyle. As well as his base in Geneva, he has homes in London, Quebec and on the Caribbean island of Mustique, according to the Telegraph.

He also owns a 62-metre superyacht, Faith, complete with helicopter landing pad. The boat is regularly sighted in party spots favoured by the super-rich and famous, with Sarah Ferguson, Catherine Zeta-Jones and Michael Douglas among the famous guests at a Great Gatsby-themed 60th birthday party in July.

While he made his name in fashion, Stroll is also a petrolhead. He collects vintage Ferraris and more recently has taken an increasing role in the high-octane world of motor sport. He became one of a select group of Formula One team owners when he led a group of investors to buy the Force India racing team in August 2018, which he renamed as Racing Point.

Stroll’s son Lance is a racing driver who has risen rapidly through the ranks. The 21-year-old made his Formula One debut in 2017, and last year moved from Williams to his father’s team, which will be rebranded in Aston Martin livery next year.