Rolex Deepsea – the Last Frontier.
For those who travel the world and the seas. 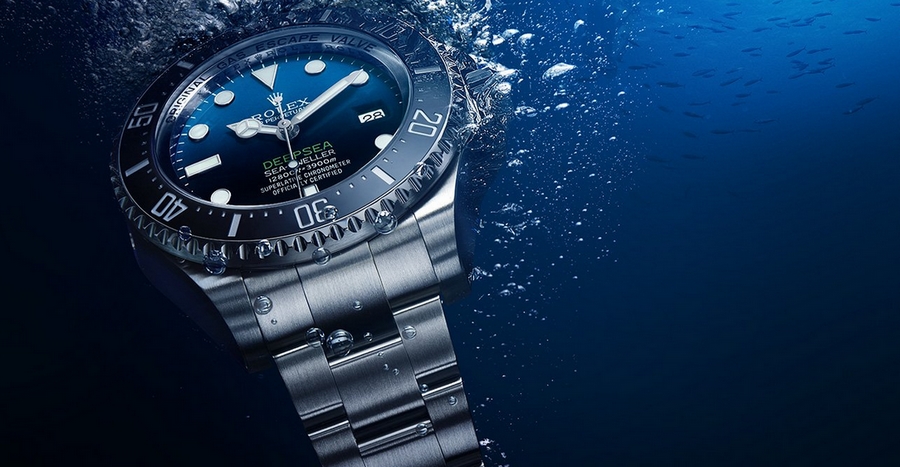 Limitless is to limited for the #Rolex Deepsea with a D-blue dial – the new model commemorating James Cameron’s historic solo dive.

On 26 March 2012, the expedition’s submersible piloted by James Cameron descended 10,908 metres (35,787 feet) to reach challenger deep, the deepest point in the world’s oceans.

The Mariana Trench, which stretches in an arc around the Mariana Islands in the Pacific Ocean, is the deepest part of the world’s oceans. The deepest part of the trench, Challenger Deep, lies some 11,000 metres (nearly 7 miles) below the surface. If Mount Everest, the world’s tallest peak, were set in the trench, there would still be approximately 2,000 metres (1.3 miles) of water above it.

In 2012, the innovative case architecture of the Rolex Deepsea and its Ringlock system served as the blueprint for the design of the experimental Rolex Deepsea Challenge, which was guaranteed waterproof to a depth of 12,000 metres (39,370 feet). 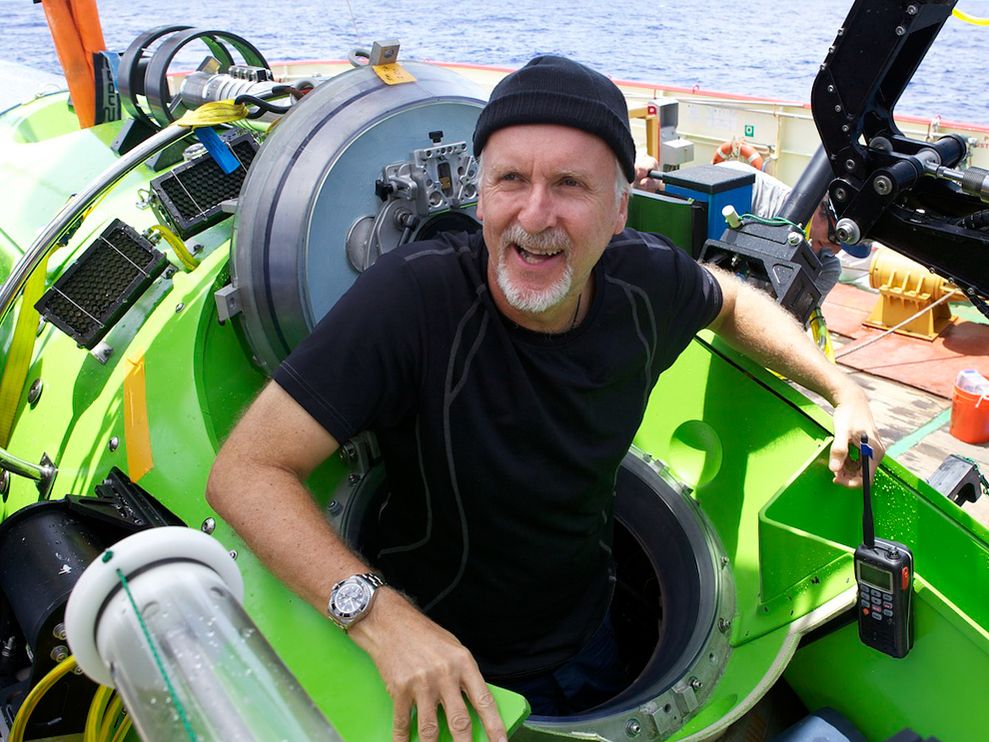 To achieve this level of performance, Rolex engineers only had to scale up the dimensions of the commercial Rolex Deepsea, from 44 to 51.4 mm, trading wearability for ultimate pressure resistance. The only practical limit to the Rolex Deepsea’s performance is the requirement that it fit on a human wrist.

The new #Rolex Deepsea with a D-blue dial is a tribute to James Cameron’s journey. The deep blue to pitch-black gradient dial is reminiscent of the ocean’s twilight zone, where the last trickle of light from the surface disappears into the abyss. The “DEEPSEA” marking on the new dial adopts the colour of James Cameron’s green submersible as it is seen  underwater.

Professional divers heading for the surface after a deep saturation dive must spend time in a decompression chamber, where they breathe a gas mixture containing helium. The tiny molecules of helium, an extremely light and non-volatile gas, infiltrate everywhere in the chamber, also penetrating the watch. 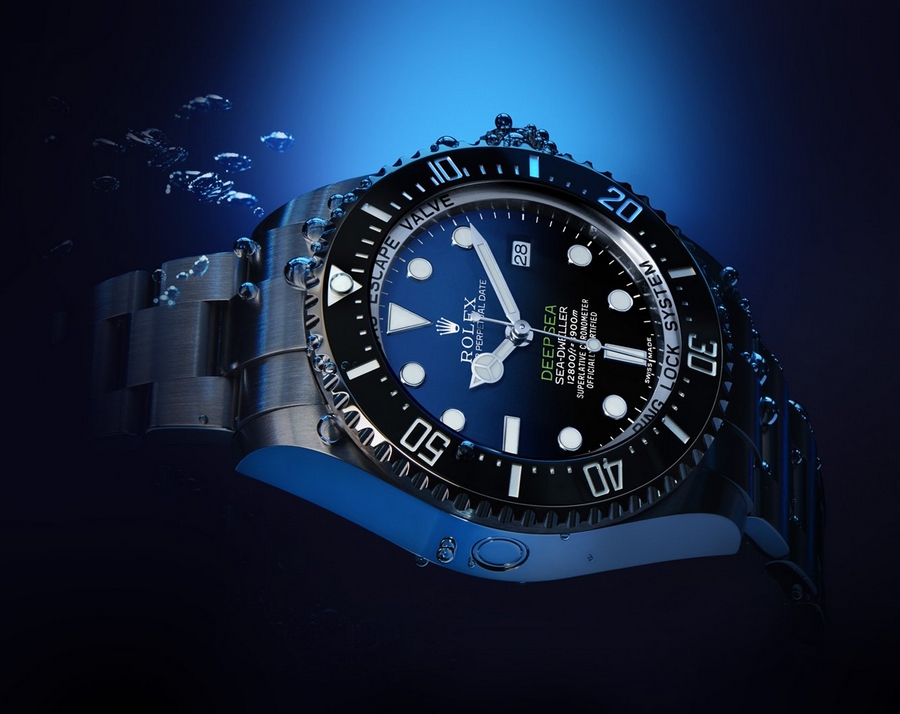 During decompression, the helium is unable to escape from the waterproof case quickly enough, creating a pressure differential that could force the crystal out of the watch case. Rolex engineers created a gas escape valve fitted with a spring: it opens when the difference in pressure between the inside and outside of the watch reaches 3 to 5 bars, allowing the helium to escape, without compromising the waterproofness of the watch.