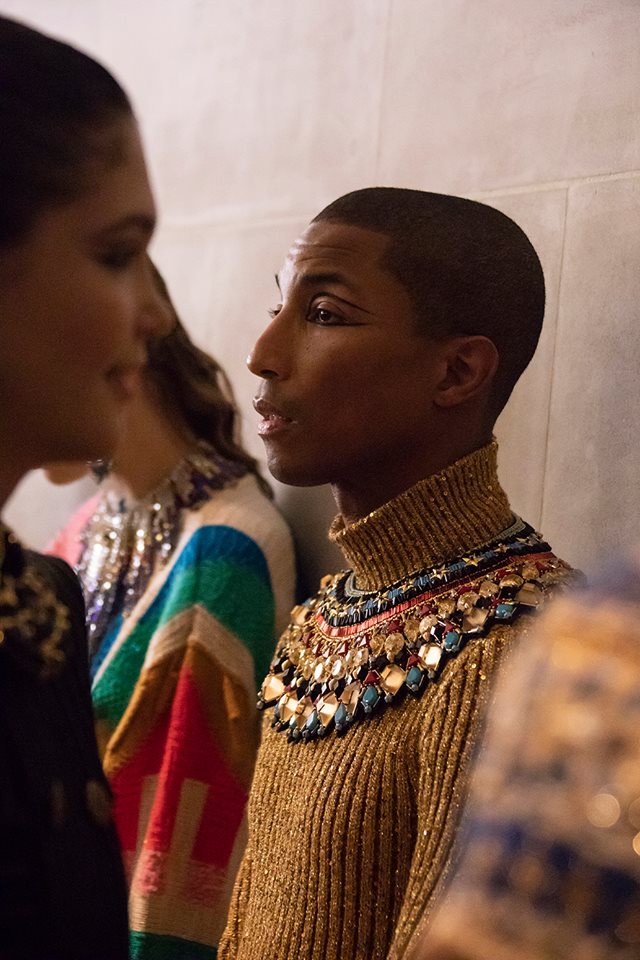 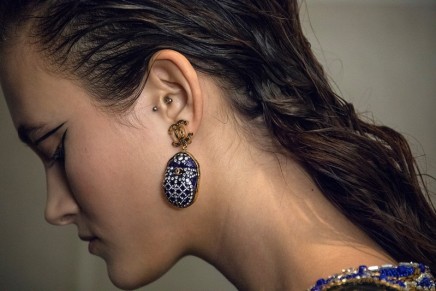 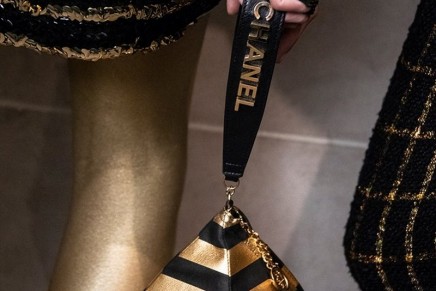 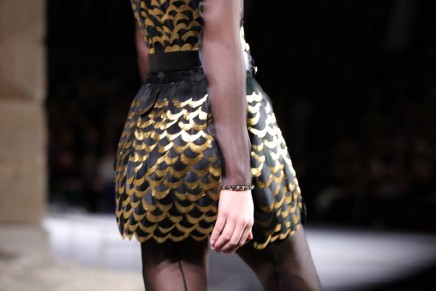 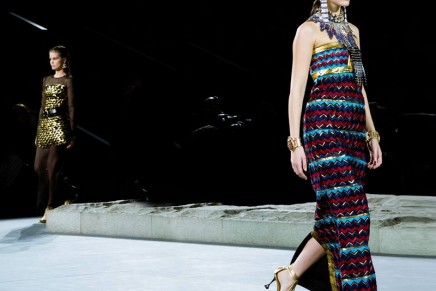 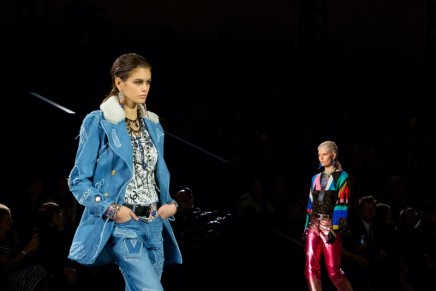 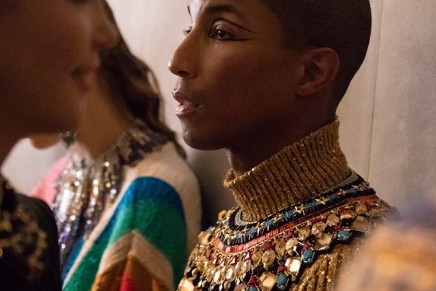 This article titled “‘Only Karl can do this’: Lagerfeld blends Egypt and Manhattan for Chanel” was written by Jess Cartner-Morley in New York, for The Guardian on Wednesday 5th December 2018 11.04 UTC

On Tuesday the Metropolitan Museum of Art rolled out the red carpet for Chanel and hosted its first fashion show in three decades, turning the Temple of Dendur in the Sackler Wing into a catwalk for Karl Lagerfeld’s Metiers d’Art collection.

Chanel aligns itself with icons wherever it goes. When Lagerfeld is in New York, the city’s grandest museum becomes a catwalk, and the show is advertised all over the city; posters depict Coco as the Statue of Liberty, sporting a spiked crown with her little tweed suit, flaming torch aloft.

The Chanel brand lays claim to a mass culture bandwidth – as big as Disney, as bold as Coca Cola – while retaining a high culture price tag.

This week the brand became the latest fashion giant to ban the use of exotic skin and fur. “It has become increasingly difficult to source exotic skins that match our ethical standards,” said Bruno Pavlovsky, Chanel’s president of fashion. “Meanwhile we are investing a lot in research and development, and the innovations in alternative materials that are happening in our ateliers are phenomenal.”

What looked like crocodile on the catwalk at the Met was in fact mock croc; what looked like lizard was vegan pineapple leather. Metiers d’art is a fashion genre unique to Chanel, devised to showcase the craftmanship of the 26 specialist ateliers owned by Chanel, from embroidery and featherwork to glovemaking and pleating.

The clothes are demi-couture: intensively hand-worked but sold on the shop floor rather than made to order in the pure tradition of haute couture. The messaging of Metiers d’Art is to remind the world of the sophistication and savoir-faire of Chanel.

The power play of staging a blow-the-budget fashion show in a landmark museum is blunt. But Lagerfeld’s genius is in adding sufficient nuance to make a blockbuster interesting, and finding visual synergies that make his collections uniquely satisfying to watch – the fashion equivalent of a pop song with an earworm of a chorus.

In this show, staged in a treasure of Ancient Egypt now housed a few blocks from the art deco skyscrapers, he sent out slender metallic columns whose burnished dazzle and geometric angles called to mind both the treasures of Tutankhamun and the Chrysler building.

The classic Chanel suit came with an extra wide, round collar and a side order of heavy eyeliner, for a look that nodded to power dressing both in its Wall Street incarnation and in the heavily ornamented collars worn by the Ancient Egyptian elite.

Mixed in with scarab-beetle handbags and pyramid embroidery, graffitied dresses designed in collaboration with the artist Cyril Kongo paid homage to New York street culture and to hieroglyphics. It would be glib, if it wasn’t so fiendishly cleverly done. “Only Karl can do this,” said Pavlovsky. “We are very lucky, because we have the best designer ever.”

Two-thirds of the New York show audience was made up of Chanel’s best US customers. “Our American customer base is growing. In the last two years, the number of American clients placing orders for haute couture has increased,” said Pavlovsky.

London, where Chanel’s global headquarters are based, remained an important market also, he noted. “But, of course, with Brexit there is a big question mark over 2019.”

For luxury powerhouses with money to spend on standalone fashion spectaculars, New York City is now the place to be. Emmanuel Macron’s charm offensive to the fashion industry seemed to be paying dividends earlier this year, with a series of high profile shows staged in France. Christian Dior staged a rodeo outside Paris, Louis Vuitton commandeered a storied gallery in Provence and Gucci travelled from Milan to Arles. But with buzz building about next spring’s Met Gala with its eye-catching theme of Camp, and Macron embattled – the Chanel boutique in Rue Cambon was attacked in last weekend’s unrest – Manhattan is back in the spotlight.

Chanel arrived hot on the heels of Versace, who showed at the New York stock exchange on Sunday. Both Louis Vuitton and Prada have already announced plans to stage major shows in New York in spring.