“Today everyone at Sergio Rossi joins me in remembering our dear Sergio, the inspiring founder of our dream. Sergio Rossi was a master, and it is my great honor to have met him and gotten to present him the archive earlier this year. His vision and approach will remain our guide in the growth of the brand and the business. He loved women and was able to capture a woman’s femininity in a unique way, creating the perfect extension of a woman’s leg through his shoes. Our long and glorious history started from his incredible vision and we’ll remember his creativity forever,” said Riccardo Sciutto, CEO Sergio Rossi
Group. 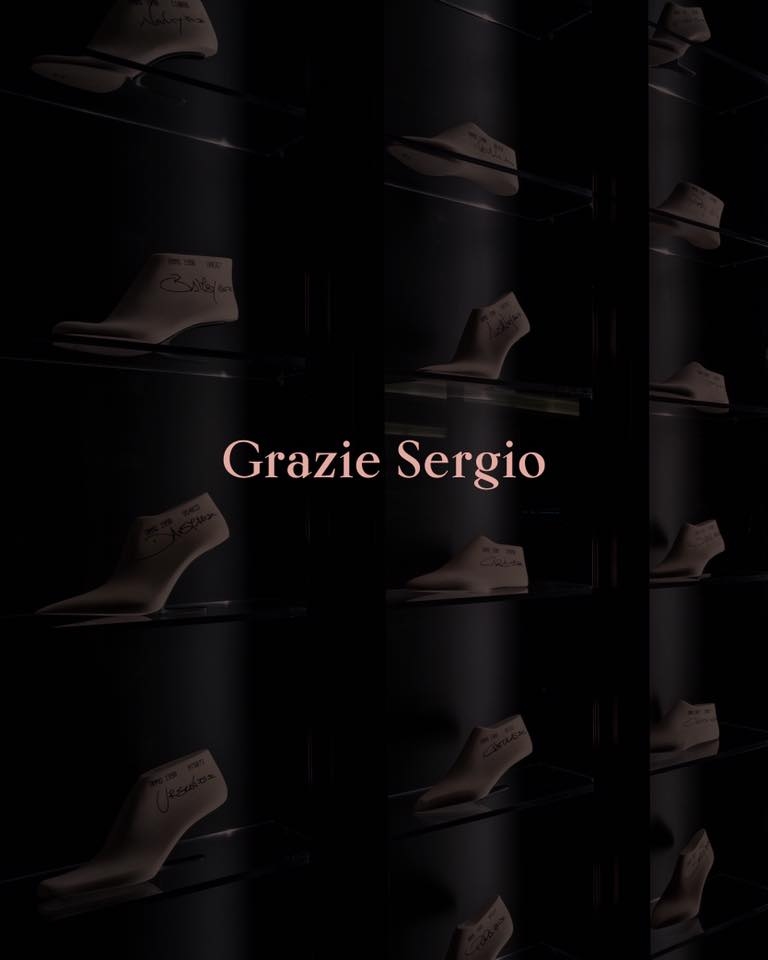 The Italian footwear designer Sergio Rossi has died at the age of 84. Having been admitted to hospital a few days ago in Cesena, a city in Emilia-Romagna, one of the regions hardest hit by the coronavirus pandemic, it is being reported that he may have died from the disease.

Announcing news of the designer’s death on Friday morning, the brand’s chief executive, Riccardo Sciutto, told the fashion website Women’s Wear Daily: “He was a master, it was a great pleasure to have met him. He was our spiritual guide and he is today more than ever.”

His shoes were used by designers such as Azzedine Alaïa, Versace, and Dolce & Gabbana in their collections, and worn by celebrities from Lupita Nyong’o to Rihanna, and Paris Hilton to Laura Dern. Ariana Grande has often offset her signature short, baggy hoodies and high ponytail looks with a pair of the late designer’s Matrix thigh-high boots.

Having learnt the craft of shoemaking from his father, Rossi began selling his designs in shops in Bologna in 1966, before launching his eponymous brand in 1968.

Among the cordwainer’s most famous shoe designs was the extravagantly strappy, round-soled Opanca sandal and the more classic, sharp-toed and high-heeled Godiva pump.

In 1999, the Sergio Rossi brand was sold to the Gucci Group, now know as Kering, one of the world’s biggest luxury fashion conglomerates, before being sold by Kering to European investment house Investindustrial in 2015.

Sciutto said the designer “loved women and was able to capture a woman’s femininity in a unique way. He was never over-the-top, always in good taste. The shoes were always wearable and he was never satisfied until they were perfect. They were not accessories for him. He told me once that he wanted to create the perfect extension of a woman’s leg.”

Last month Rossi donated €100,000 to the Sacco hospital in Milan to help in the fight against coronavirus.