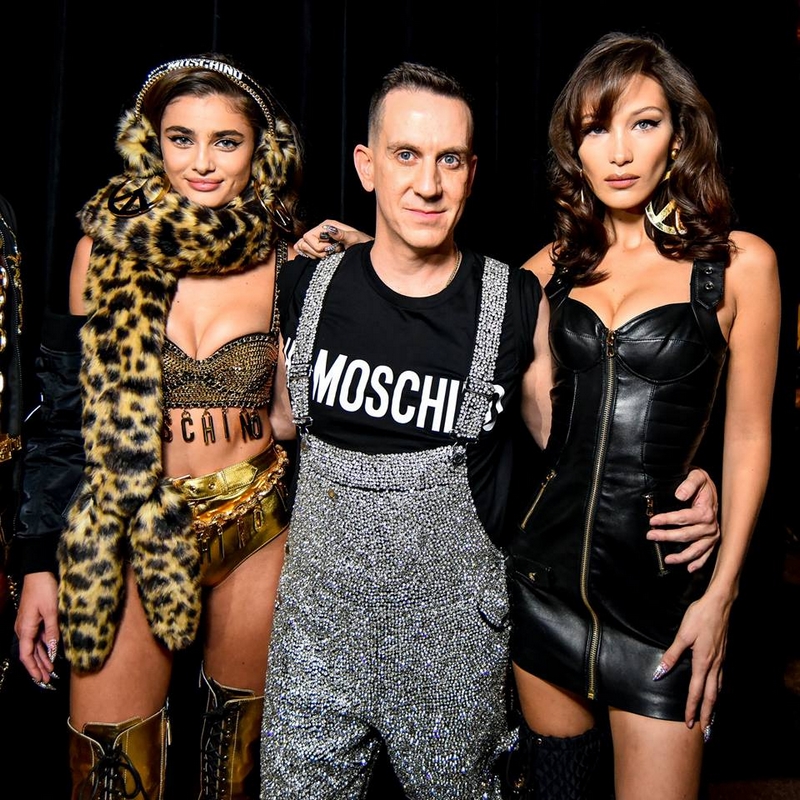 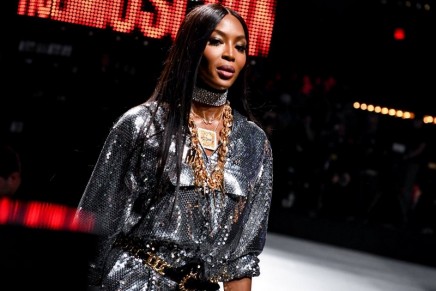 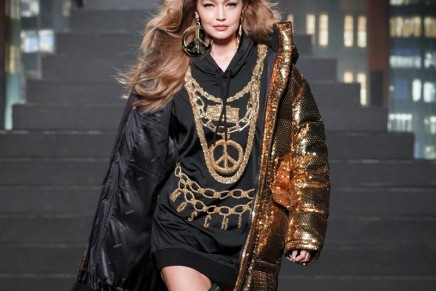 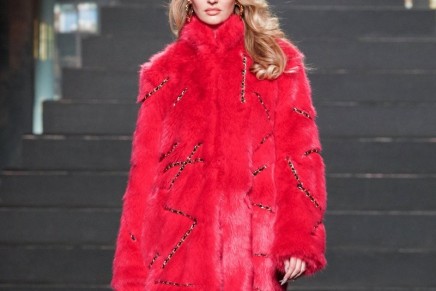 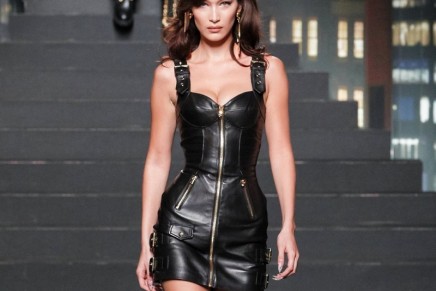 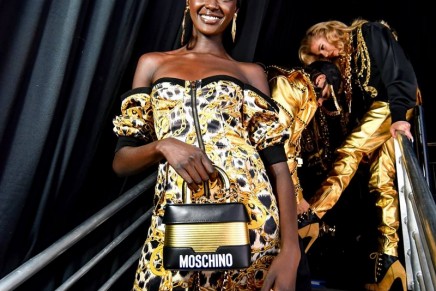 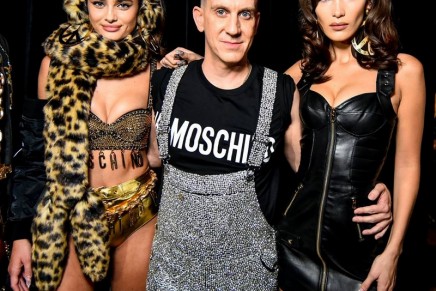 This article titled “‘I hate the idea of exclusivity’: Moschino’s Jeremy Scott on his H&M collaboration” was written by Morwenna Ferrier, for The Guardian on Friday 26th October 2018 12.44 UTC

Jeremy Scott is the American fashion designer who arrived at Moschino in 2013 and re-made it for the Instagram age. So it is perhaps surprising it has taken him so long to work with H&M for its annual designer collaboration.

These collections, which drop each November, follow the same setup: catwalk pieces are designed by a big name, made in less expensive fabric by the high-street retailer and teased on social media for months. Prices are low – in this instance, £25 to £300 – queues form at shops, browsers crash and a social media frenzy is born. This is what Moschino is all about.

Still, this collaboration, which goes in stores in early November but launched on Wednesday with a glitzy show in New York, had as much to say about consumer culture as it did about hype. “I hate the idea of exclusivity in fashion,” Scott said before the show. “I’m all about the democratisation, about reaching people who can’t normally afford this stuff.”

The show took place inside Pier 36, lower Manhattan, which was transformed into a replica of Times Square with billboards and digital ticker tape. H&Mdoesn’t always launch its collaborations with a catwalk show, but the Swedish retailers have grown wise to social media; few things pull likes like Gigi Hadid and Naomi Campbell opening and closing a catwalk.

The collection was about blending Americana motifs with nostalgia and bling. Stonewashed denim, black leather and jersey tracksuits came covered in logos and accessorised with Moschino’s signature gilt jewellery. Bags were shaped like condom wrappers. Oversized gold padded jackets were paired with yellow minis in the same fabric. It was a celebration of New York, old and new. The West Side Story soundtrack played, as did Jay Z. The focus was fun, the silhouette cartoonish.

Though slightly above the usual H&M price point, these collaborations have been responsible for a rise in what the industry calls “gateway drugs”, those non-essential, “affordable” pieces that have been a way to buy into designer fashion, aimed squarely at fans who can’t afford the usual high designer price tag.

Incidentally, this has been part of Moschino’s strategy since the founder, Franco Moschino, launched the Cheap and Chic line in the 1980s. “Franco loved the idea that more people are part of it, that things can be more available if they can’t afford the big stuff,” said Scott. It is also, of course, a way to drive revenue – this stuff has a global audience.

The real question is: what will sell? A scrum formed at the pop-up shop that opened moments after the designer’s bow. The gold jewellery – a large logo choker (£79.99), logo earrings (£49.99) – the gold padded jacket, a yellow padded skirt and the condom bags caused the most fuss, particularly because they referenced Moschino’s heyday.

Related: Jeremy Scott: ‘I try to convey joy in the clothes I design’

H&M began collaborating with designers in 2004, with Chanel’s Karl Lagerfeld creating 30 pieces that sold out within an hour. This prompted subsequent collaborations with Marni, Stella McCartney, Comme des Garçons, Versace, Erdem and Balmain. These high/low collaborations aim for the sky, and often triumph – success is gauged by the queues outside H&M stores when the collections launch, and social media interaction rather than sales. H&M will not reveal figures but they are designed to be mutually beneficial: the fashion house gets publicity, a new audience and is paid (rumours moot around $1m a collection). H&M raises its cool factor.

Collaborations are two a penny these days. This week, Ralph Lauren launched one with Palace. Moschino’s take is slightly different. Using iconography from Disney and MTV, “a time before the internet, when I discovered fashion through TV”, says Scott, it was a “collaboration within collaboration, a rabbit hole of collaborations”.

Scott was an early proponent of collaboration culture, mixing high fashion with pop-culture motifs and streetwear, although it is his “cartoon couture” (his words) that became his trademark. Drawn to US consumer culture, he often places pop iconography within a high fashion context. Standout pieces have included perfume bottles shaped like cleaning products, SpongeBob printed on jumpers and and McDonald’s french fries iPhone cases. The McDonald’s-themed show – his first for the house – riffed on “fast fashion”; his spring 2019 collection was deliberately unfinished, to make a similar statement.

It is easy to trace this collection’s antecedents to Franco, one of fashion’s most irreverent designers. He was notorious for lampooning fashion and the conspicuous consumption of high fashion by using absurdist motifs, such as question marks and slogan T-shirts. The label’s status dipped after his death in 1994, but it has had renewed success since Scott’s appointment, with profits rising by 20% this year. By contrast, H&M’s profits are down almost 20%.

Scott has focused on continuing Franco’s aesthetic – “Those of us who use humour in fashion are a small group,” he said backstage – while making the label relevant for a new generation. Bright colours and logos translate well on to Instagram.

But equally, he is keen to follow the lesser-known side of Franco, who died of an Aids-related illness in 1994. “His passion was not just about clothes. He talked a lot about being anti-drugs, about raising Aids awareness and racism”. On the Sunday before the show, a rally against the US administration’s covert effort to roll back the recognition and protection of transgender people under federal civil rights law took place in New York, hashtagged #wontbeerased. Scott’s show was a celebration of the trans community. Activist Teddy Quinlivan was one of the models, while one of the community’s first celebutantes, Amanda Lepore, sat on the front row.

“Diversity has always been a huge part of my shows but I’ve never shouted about it,” said Scott. Previously, the designer has been wary of being too political. “But now I need to talk about it. It is hideous the kind of plans they are trying to sneak through” he said of the administration. “It’s extremely important right now to be visible and vocal and not hedge”. He added: “this, what’s going on, it’s a huge moment. I need my work to communicate this idea.”