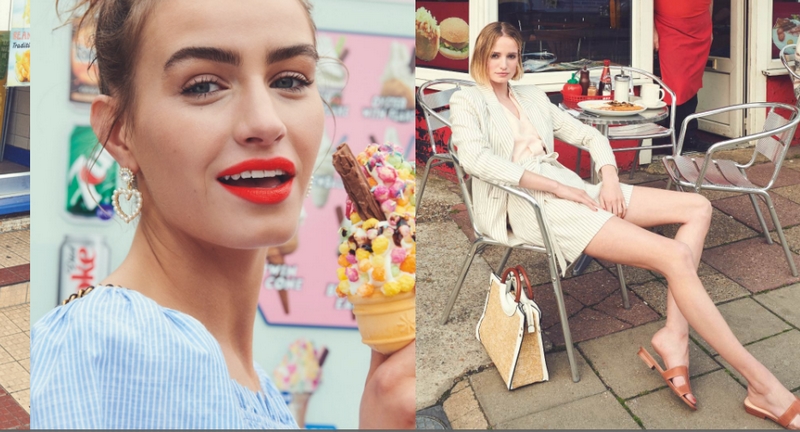 This article titled “House of Fraser: up to seven stores to become luxury mini-chain” was written by Sarah Butler, for The Guardian on Wednesday 8th May 2019 18.29 UTC

Mike Ashley is preparing to invest millions of pounds in turning up to seven of House of Fraser’s 50-plus stores into a new luxury mini-chain to be called Frasers.

The Sports Direct boss, whose retail group bought House of Fraser out of administration for £90m in August last year, has told suppliers he wants to divide the group into two divisions, with Frasers stocking more designer labels and House of Fraser catering to a more mass market audience.

Sources said Ashley expected to invest tens of millions of pounds in the first stage of his plan to revive the ailing chain. Work is likely to start in the group’s flagship Glasgow store, which already trades under the Frasers name. House of Fraser’s Belfast outlet is among the stores also due to be rebranded and included in the plan.

One well-placed source said: “He’s getting ready to splash the cash. He’s going to start with three or four stores as a trial.”

A second source said: “He’s going to do it properly and he’s not worried about the money he’s losing while he works on his plan. He has no doubt about what he wants to do.”

Suppliers have been told an announcement could come within weeks as Ashley sees an opportunity at the luxury end of the market where his existing Flannels chain has grown rapidly.

But Ashley, who has said he wants to turn House of Fraser into the “Harrods of the high street” is keen to secure the backing of key brands and be sure his team have devised the right look and feel for the Frasers stores before going ahead.

A source said: “He is not going to be bullied into doing anything. He is going to get it right,” although he added that the mercurial Ashley could yet change his plan.

The proposals come after Ashley faced criticism for allowing House of Fraser stores to fall into decline.

Whole floors have been closed off in some stores such as Birmingham and cheap clothing from Sports Direct’s own brands such as Lonsdale and Karrimor has appeared on the shelves. Key upmarket brands and labels, including And So to Bed, Chanel cosmetics, Clarins beauty salons, Weekend by Max Mara, and the Fragrance Shop have all moved out.

Sports Direct declined to comment on its plans for House of Fraser but the company has already updated the department store’s tills and IT using Sports Direct systems and cut costs by shifting its warehousing and distribution to its main facility in Shirebrook, Derbyshire. It has also combined the House of Fraser head office with the London HQ of Ashley’s luxury chain Flannels.

Suppliers have welcomed an improvement in trading terms under which they are paid more quickly.

However, there are concerns about the number of House of Fraser stores Ashley will keep open after the landlord of Rackhams in Altrincham, part of the House of Fraser empire, served Ashley a notice to leave the premises. He suggested others were likely to follow.

There are also questions over how patient suppliers and landlords will be during a reinvention process Ashley has said could take nearly two years. Some fear he will continue to be distracted by his attempts to take control of Debenhams, where he has threatened legal action after the department store group’s lenders took control of the business in April.

Sports Direct has acquired the landmark Frasers building in Glasgow for £95m, closed five stores and made deals on at least 37 others, though many of these are only one-year agreements, which will expire in August.

One supplier said: “He has got some really lovely stores with a nice heritage but I can’t imagine him keeping more than 25 to 30 stores.”