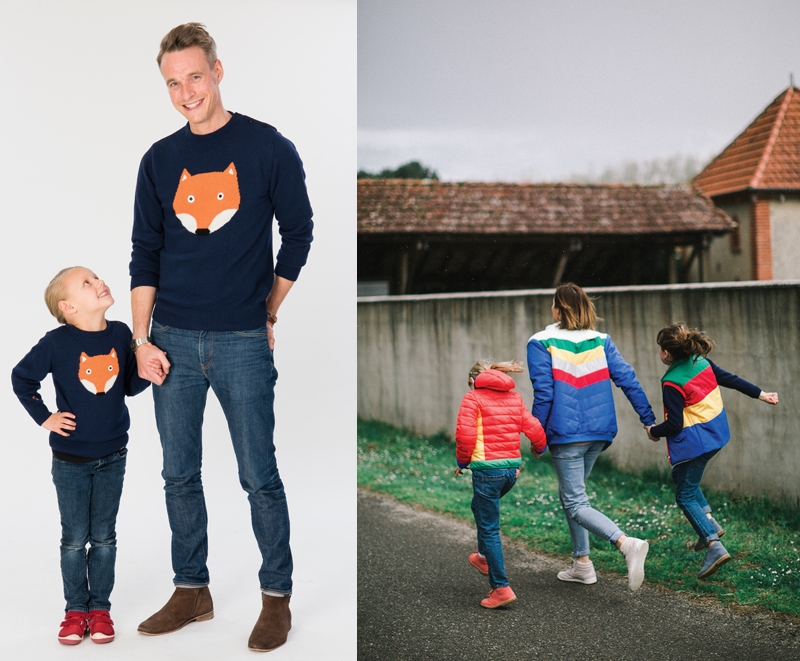 This article titled “Here’s looking like you, kid … mini-me fashion goes global” was written by Scarlett Conlon
, for The Observer on Sunday 11th November 2018 08.00 UTC

Parents are taking the “chip off the old block” concept to new extremes with the latest fashion trend: wearing the same clothes as the children. The practice has made its way to the high street after celebrities including Kim Kardashian and Victoria Beckham were photographed in the same outfits as their offspring.

Primark experienced a surge in sales of its matching adult and mini-me clothes after Beyoncé shared an image of herself wearing the same Gucci dress as her six-year-old daughter Blue Ivy. While the singer’s choice cost about £3,000, Primark’s options are a more modest £30; one of its most popular items is an all-generations denim jacket. Next has matching nightwear for men, women and children, while Matalan has faux-fur-lined parkas at £24 for children and £45 for adults.

The online fashion site Tootsa MacGinty, which made its name designing unisex collections for children, has introduced adult woollen versions of its most popular children’s animal jumpers, priced at £72 and £48 respectively. “We’d heard, ‘Oh! if only that came in my size’ once too often and decided to answer your plea,” it tells customers on its website.

At the other end of the end of the spectrum the designer labels Gucci, Charlotte Olympia and Balmain are just a handful of brands that have a kidswear offering based on their adult collections.

Beyoncé is one of many celebrities to endorse sartorial solidarity with their offspring. The American model and TV presenter Chrissy Teigen and the designer Victoria Beckham (who have 44.3 million people following on Instagram between them) have twinned with their daughters to similar effect. After Teigen posted a photo of herself and Luna wearing matching avocado-print onesies, searches for avocado print increased by 35% in the following 72 hours, according to the search platform Lyst.

It’s even been popular on the catwalk. At Jean Paul Gaultier’s couture presentation this year, the model Coco Rocha appeared with her two-year-old, Ioni, wearing an identical ice-blue creation, while at Dolce & Gabbana’s recent Milan show, models appeared hand-in-hand with children in matching pyjama-style ensembles.

The matching trend can be seen with adult siblings too. The Kardashians are frequently seen in co-ordinated outfits, and this year even appeared in a Calvin Klein campaign wearing matching denim and underwear. Yasmine Bachir, a trend expert at Lyst, said she had noted the “power and impact” that matching outfits had on fashion searches. The number of people looking for Calvin Klein denim and underwear rose by 43% in the month after the campaign was launched in March, she said.

As to why family members would want to dress the same, Carolyn Mair, author of The Psychology of Fashion, said it generated a sense of belonging. “It makes a positive statement about the family to observers, as it’s doubtful that a family or couple who were not in a good place emotionally would dress the same,” she said. “Wanting to show that we have shared meaning with another can be uniting. When we dress the same we can begin to think and behave the same.”

While matchy-matchy dressing may seem to contradict individuality, which is celebrated more than ever, Mair said the two forms of expression share a common thread. “Both show strength, but in different ways.”