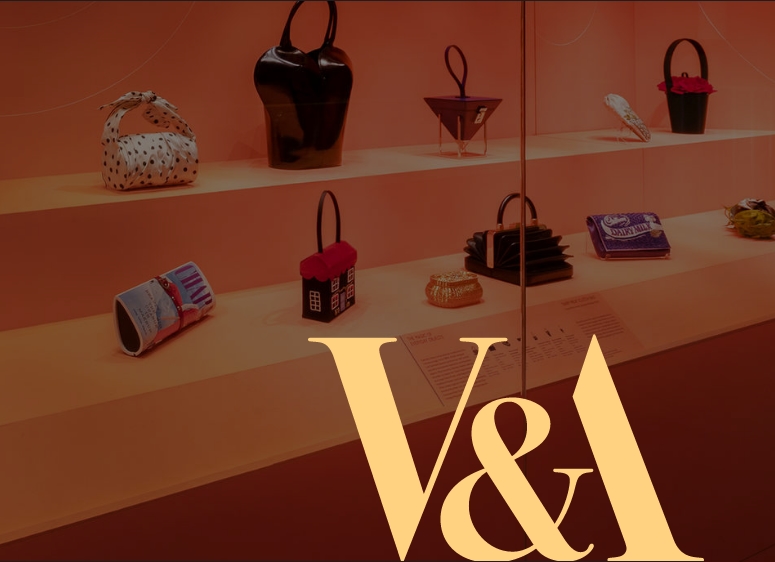 This article titled “The handbag proves fashion’s great survivor” was written by Jess Cartner-Morley, for The Guardian on Wednesday 9th December 2020 00.01 UTC

Predictions that the pandemic would kill off the handbag have proved to be exaggerated. Bags: Inside Out, which opens its doors at the Victoria & Albert Museum in London on Saturday after being twice delayed by lockdown has sold out of advance tickets until early 2021, a level of interest which suggests our fascination with “It bags” has not gone away.

Lucia Savi, the exhibition’s curator, believes the show demonstrates the handbag’s strong track record of adapting to survive during challenging periods in history.

Among the exhibits is an elegant 1940s black leather bag finished with polished brass hardware and monogrammed with the owner’s initials, but expanded from the traditional triangular frame into a bulbous shape, in order to house a gas mask. Bag-maker H Wald catered to Londoners who, mandated to carry masks with them at all times, wanted a chic alternative to the government-issued cardboard carrying cases.

“Even during lockdown when people weren’t using bags every day, the market for vintage handbags was booming,” says Savi.

While store closures and economic uncertainty have hit the fashion industry hard – net profits at luxury giant LVMH fell by 84% during the first half of 2020 – demand for classic handbags has proved resilient.

Global fashion search platform Lyst has reported searches for vintage bags have hit an all-time high in 2020, increasing 46% year on year, with secondhand Chanel, Louis Vuitton, Prada and Hermès the most in-demand names.

“A bag symbolises the day you can go out again – and after all of this, going out is going to feel even more like an event,” Savi says.

More than 250 objects spanning 500 years track the handbag’s evolution, from the moment when slimmer silhouettes and more lightweight fabrics allowed standalone bags to replace the tie-on pockets once attached to petticoats, creating a lucrative fashion spin-off industry. A display of 18th-century silk accessories shows fabric pouches giving way to envelope shaped “pocketbooks”, as bank notes overtook coins. Vintage Hermès and Vuitton cases portray how train and steamer travel led to lightweight bags that were easy to carry being overtaken by sturdy vessels that could withstand storage.

“Every bag in this exhibition was designed to hold something – even if only a lipstick,” says Savi.

“The ministerial red box highlights the duality of bags, which conceal your possessions but say so much about you,” says Savi. “A red box is both function and symbolism, private and public.”

A sequinned Fendi baguette bag carried onscreen by Sarah Jessica Parker’s character Carrie Bradshaw in Sex and the City takes pride of place, but the curation suggests that the status handbag is not solely a luxury invention. An olive and beige shopping bag from Daunts bookshop is on display alongside a canvas tote sponsored by New Yorker magazine.

“When I see the person carrying a Daunt or a New Yorker bag I know immediately what they are trying to say, just as much as if they were carrying an Hermès bag,” says Savi.

A fabric Longchamp suitcase patchworked with the words INTERNATIONAL WOMAN by Tracey Emin, and a metalled lambskin Christian Dior handbag embossed with illustrations of orchids by Marc Quinn fly the flag for the handbag as an objet d’art as well as a status symbol. While the first rooms of the exhibition are themed around function, value and identity, upstairs an atelier and a “factory” examine the design and production processes, with a film showing bags being constructed at Mulberry’s Somerset factory.

Sixty new objects were sourced or donated to the museum’s collection for the exhibition, including a Mary Poppins-style carpet bag purchased by Savi at a vintage fair.