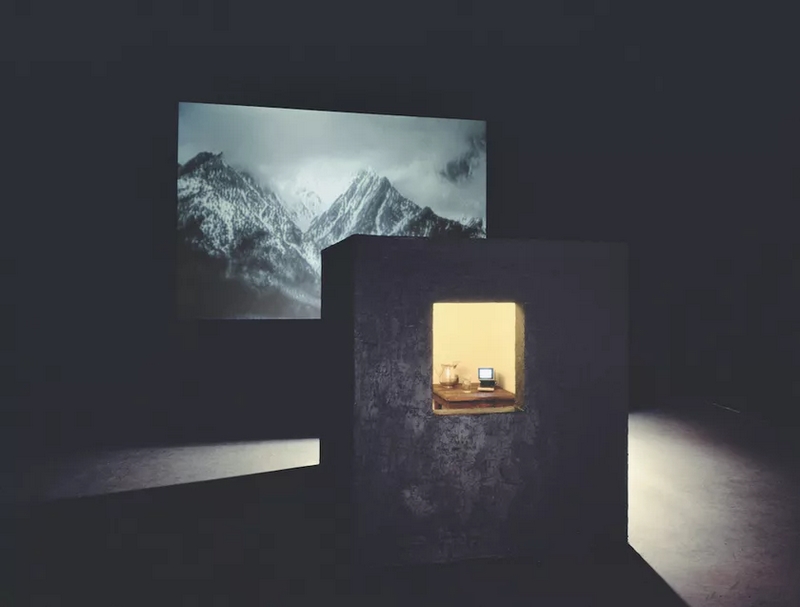 This article titled “‘It’s great if you’re bored with Netflix’: video art flourishes in lockdown” was written by Lanre Bakare, for theguardian.com on Monday 4th May 2020 16.21 UTC

As the art world adapts to the reality of the Covid-19 lockdown with virtual tours, live-streamed artist Q&As and Instagram Live videos occupying the space once filled by physical exhibitions, video art is flourishing.

The former MoMA video art curator Barbara London explains in her book, Video/Art: the First Fifty Years, how she struggled to get the medium taken seriously in the 1970s. Now, she says, the Coronavirus pandemic has made it the most essential and accessible art form.

“Video art is the perfect art of this time,” says London, who championed the likes of Laurie Anderson and Nam June Paik. “The artists have got the software, they can record, they can edit, they can put the work out online – they’re not restricted. It’s stimulating.”

London says video artists will be able to adapt to the crisis more quickly than others because they are used to working with “miniscule budgets” and able to produce work using only a laptop or a smartphone. “Video artists are among the most prepared for the Coronavirus moment,” she says.

Steven Cairns, the ICA’s curator of artists’ film and moving image, believes that video art’s short running time appeals to those seeking culture from laptops and smartphones. “The short format of video art is great for people who are dipping in to lots of bits and pieces, once they get bored of Netflix,” he says.

“When the lockdown started there were a lot of people who – if not affected by illness – were saying, ‘This is great, I’m going to be able to read all these books that I bought and never read,’” says Cairns. “But in reality people might get through one book and then they’re online a lot of the time.”

Dessane Lopez Cassell, curator, film programmer and reviews editor at Hyperallergic, believes the confinement measures have presented an opportunity. “As people who generally watch Netflix are running out of things to watch (you can only watch Tiger King so many times), you’re going to maybe want to watch something else,” she adds.

“Often these films are made by one or two people, they come directly from the film-maker and are distributed independently, shown at galleries or at arthouse cinemas,” she says. “They’re exactly the type of works that have not been on streaming sites. Now they’re online.”

Those video art works include the challenging, such as Turner prize nominee Monster Chetwynd’s The Call of the Wild, which follows a group of Edinburgh pattern-cutters as they travel to the Isle of Lewis while a death-metal style screech rings out.

There are more whimsical projects, too, such as 2 Lizards videos by Meriem Bennani and Orian Barki, who are responding to the Covid-19 crisis in real time, via two animated lizards who comment on the crisis.

Other work has accidentally dovetailed with the lockdown. Shana Moulton and Nick Hallett put their Whispering Pines 10 project, a series of videos about a woman living in seclusion, ongoing since 2002, online in response to the outbreak. Elsewhere, fourth plinth artist Heather Phillipson currently has video work on the Vdrome website, while LUX Gallery has put its exhibitions online and is streaming the work of Tanoa Sasraku.

Cairns thinks the crisis could fundamentally change the way the public interact with art and make online videos a more attractive prospect for artists. “The dream used to be that your work was shown inside a gallery and the online work is a bit of a compromise,” he says. “I think people’s appetites for video art will dramatically change after this and they’re not going to shift back.”

London, who helped establish MoMA’s video art collection in the 70s, believes that after the Covid-19 lockdown restrictions lift, video art could see a surge in popularity, as happened after the stock market crash in 1987, as galleries searched for new art forms to attract reticent buyers. “They took the plunge and started to host video art because they had nothing to lose,” she says.

“After the crash you saw the Steve McQueens and the Isaac Juliens start to come through as the market took video art more seriously. It might happen again today.”