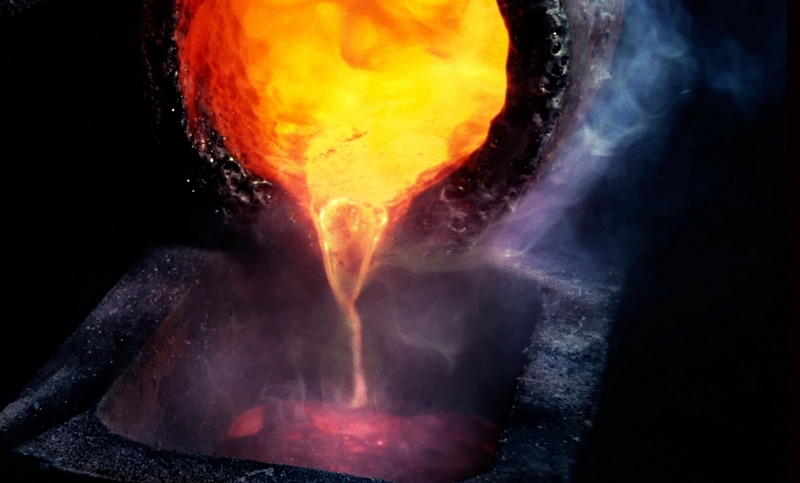 This article titled “Gold from Highlands mine to be made into Scottish jewellery” was written by Severin Carrell Scotland editor, for theguardian.com on Thursday 2nd January 2020 13.02 UTC

A small goldmine in the Highlands plans to start producing gold in commercial quantities for the first time after repeated delays.

The mine at Cononish near Tyndrum, a village on the edge of Loch Lomond national park, is expected to produce enough gold to make nearly 440 ingots and kickstart a cottage industry in Scottish gold jewellery-making this spring.

The mine, run by a company called Scotgold Resources, will be in the UK’s only working goldmine. It believes it can recover more than 175,000 troy ounces (5,474kg) of gold and 673,000oz of silver from the site.

Richard Gray, Scotgold Resources’ managing director, said it was expected that about 25% of the gold they produce will come from ore they have set aside for use by Scottish jewellers to sell at a premium price.

Their gold, processed on site, will carry a Scottish hallmark – a stag’s head in a triangle, stamped by an assay office in Edinburgh, allowing it to be marketed as Scottish gold. Gray said villagers in Tyndrum hope craft jewellers could start up there, making rings, earrings and brooches for tourists heading north towards Glen Coe and Fort William.

One luxury jewellery retailer, Hamilton & Inches, has already made and sold some diamond-set products, describing its gold as ethically mined and “exuding warmth and lustre, evoking a golden Scottish sunset, the amber glow of whisky and the radiant beauty of wild landscapes”.

Interest in Scottish gold prospecting jumped again in December after a gold-hunter claimed to have found the UK’s largest ever nugget, weighing 121.3g, at an undisclosed river in May. Sniping involves snorkelling and searching face down in the water.

Scotgold Resources sold its first Scottish gold in 2016 in the form of 11 commemorative coins, or “rounds”, as a marketing exercise using ore cut when the mine shafts were cut and widened. Most of its gold in future will be sent for smelting and refining in Europe, for sale on the open market.

The Cononish mine was first dug in the mid-1980s but the price of gold crashed, forcing it to close before commercial mining could start. As the price soared again in the late 2000s, it was bought by Scotgold Resources in 2007.

By then the area was controlled by Loch Lomond and the Trossachs national park authority, set up as Scotland’s first in 2002, and came within a special area of conservation, which meant a much tougher set of environmental and planning tests for the mine.

Hillwalkers and conservationists objected to the mine reopening. The national park authority gave its approval, but with strict and expensive planning restrictions. Despite a surge of interest from private investors in Australia, Scotgold Resources had problems financing the project, which was seen as too small for serious investors.

Now employing 25 people, including locals who had previously worked as shepherds and chefs, the company had forecast it would start full commercial production in February 2020.

Gray said they then discovered the peat they need to carefully remove and store while the site was prepared for very heavy ore-grinding machinery, was much deeper than expected; the weather deteriorated too. That delayed their start date to May 2020.

They were now on the last stretch. “As someone said the other day, it’s like they’re swimming the Channel and the white cliffs of Dover are in sight,” he said.

Scotgold Resources is eyeing up other potentially significant gold deposits elsewhere in the Highlands which lie on the Dalriadian fault that stretches across Scotland to Northern Ireland where it feeds an opencast gold mine in Co Tyrone, where production has halted for safety reasons.

The company has taken up 13 exploration licences from the Crown Estate covering, for sites across the southern Highlands from Glen Lyon in Perthshire to the north end of Loch Lomond. Another firm, Erris Resources, has a stake in two other exploration licences near Loch Tay, about 25 miles north-east of Cononish.

Gray said Cononish needed to start earning significant income before other sites would be explored. Once that happens, environmental concerns will again come to the fore.