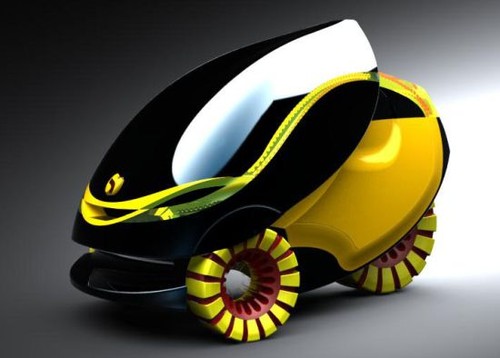 Efficiency and connectivity are, in that order, the two top trends for 2013, according to the top global trends in the automotive industry study released at the 2012 Paris Auto Show by the World Car Awards (WCA) and Prime Research. an expert panel comprising 60 of the world’s top automotive journalists

Efficiency and connectivity are viewed by almost a quarter of the expert panel as the most important topics for 2013. Electric vehicles (EVs), at just over 10 percent, are a distant third – and, according to Prime’s global media analysis, a topic of decreasing importance. Light-weight vehicle technology is on the radar but still remains out of focus.

“Engine efficiency remains the number one topic in global media coverage, but connectivity and telematics are closing in as a strong up-and-coming trend” remarked Dr. Rainer Mathes, president of Prime Research, which conducted the study in conjunction with the World Car Awards. “Reporting on electric vehicles, by contrast, has decreased for the first time in recent years, and our expert panel of top global journalists has voiced increasingly negative views. Light-weight technology still is almost a non-topic.”

Auto Alliances:
In light of several widely-publicized alliances of various types among automakers, the expert panel maintains that mutual benefits and synergies, as well as the fit of corporate cultures, are more important factors in determining their ultimate success than are economies of scale.

The Renault/Nissan alliance was identified as a clear winner and one of the most successful overall while the now-defunct DaimlerChrysler merger was singled out as the most unsuccessful alliance ever. As far as current alliances are concerned, the one between BMW and Toyota is seen as the most promising by the expert panel, followed by the expanded Renault-Nissan-Daimler partnership. The GM-PSA alliance emerged as the clear loser.
Cars and Technologies of the Future:
Range-extended electric vehicles are viewed by the expert panel as the most promising option for electric mobility, followed by plug-in hybrids and fuel cell vehicles. The battery electric vehicle is seen as the least promising concept. This viewpoint is corroborated by an observed decrease in coverage on battery electrics by Prime’s global media analysis and a simultaneous increase in reporting on other electric alternatives.
The expert panel identified the Chevrolet Volt/Opel Ampera, a range-extended EV, as the most promising electric vehicle concept. Japan is seen as a key driver for e-mobility, followed by Germany and the USA in that order. As far as carmakers go, the top journalists expect Toyota and Renault/Nissan to be the most important electric vehicle players, closely followed by Tesla. Fisker and BYD are considered among the least likely to succeed in the survey.