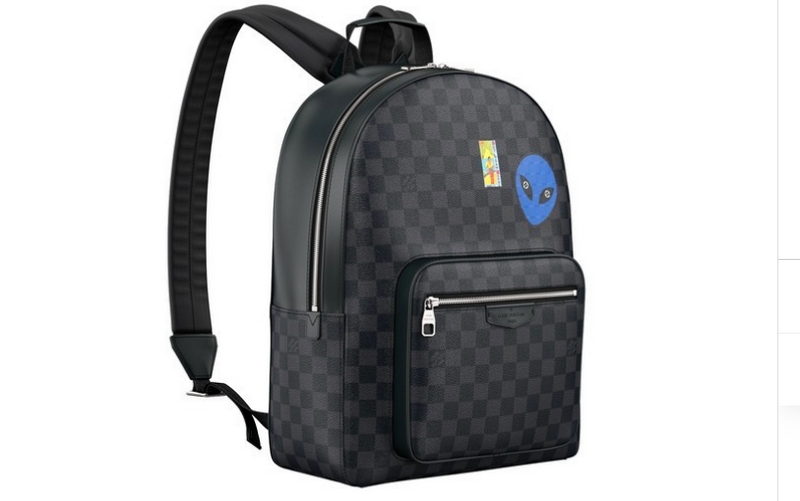 JOSH MY LV WORLD TOUR. Deeply rooted in the history of the Louis Vuitton House, personalization now finds expression in labels inspired by the private collection of Gaston-Louis Vuitton, an ardent collector.; @louisvuitton.com

This article titled “Get stuck in: how the humble sticker went high-fashion” was written by Tess Reidy, for The Observer on Saturday 12th October 2019 12.30 UTC

If you thought stickers were the preserve of toddlers’ books and playgrounds, think again. Branded stickers are now among the fashion industry’s most sought-after items, something to slap on laptops and lunchboxes as a way of conveying an affinity with a label at a fraction of the cost of buying its goods.

Last week, skateboard brand Palace released its winter sticker pack and it sold out within an hour. With other rare versions, such as a single Supreme x Playboy sticker, reselling online for as much as £200, the big-name fashion brands are also jumping on the bandwagon.

Michael Kopelman, managing director at Stüssy, said: “It’s fun. You can put them on your car or lunchbox. It’s like tagging. Most won’t notice it, but the people who are interested do spot it.”

Although councils in England and Wales restrict flyers and stickers in public places, they are increasingly appearing on lamp-posts and billboards across the country.

Alex Powis, co-founder of Stickerarchive, an online collection of popular graphics, said: “Slapping a sticker up … is instant, whereas graffiti takes time and guts. It’s like coded messaging.”

Physical things [are] the opposite to a digital marketing campaign. There’s an authenticity about them

Traditionally not for sale by fashion labels, stickers have become an affordable way to tap into a brand. “There’s been a surge of interest in streetwear, lately and stickers are a core part of those cultures,” said Powis.

Sarah Andelman, founder of the French concept store Colette, is a collector herself. “I have about three boxes full of all kinds of stickers that I started keeping from the age of 15,” she said.

Instagram accounts such as Supstickers, dedicated to indexing and reselling stickers, have more than 50,000 followers. Edson Sabajo, CEO of Dutch streetwear brand Patta, said that sticker fans were taking part in the decades-old pastime of collecting.

“Ours reference the latest graphics and give you a memory about a certain timeframe. That’s why they’re always changing,” he said. “People collect them all.”

Others agree that the trend is a move away from the internet towards a more DIY approach. “In the last few months, I’ve been making more stickers,” said the electronic musician James Lavelle. “There’s something about having physical things that’s the opposite to a huge digital marketing campaign. There’s an authenticity about them.”