Advanced technologies including Multi-Chamber air suspension and Rear Wheel Steering offer the comfortable, quiet driving experience of a flagship sedan. A new automated experience enabled by features like EasyClose and Remote Smart Parking Assist guides drivers at every moment of their journey – from boarding to driving and parking. 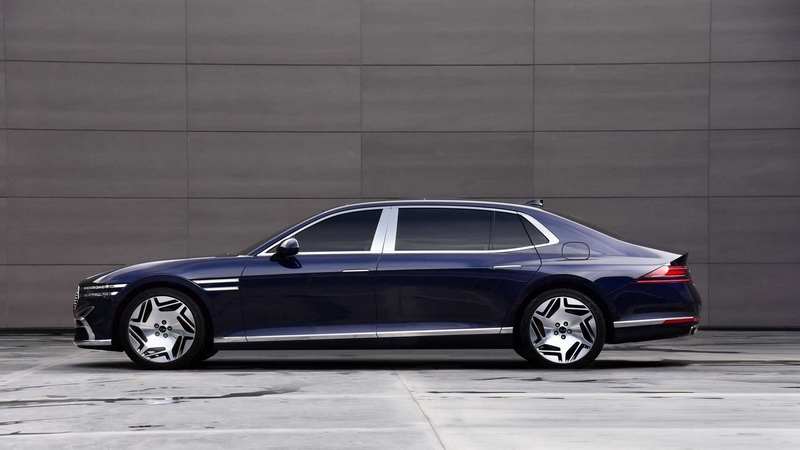 G90 brings its first full model change in three years following an enhanced version in 2018. The model introduces a bold new direction, with advanced assistance features that make driving easier, along with a variety of new technologies that enhace passengers’ journeys.

G90’s front includes a new Crest Grille and sleek Two-Line headlamps, which are designed to resemble the brand’s emblem. The Crest Grille at the front takes the model’s upscale image to the next level with its Layered Architecture design, comprised of two G-Matrix patterns layered on top of one another to create a three-dimensional effect.

The Two-Line headlamps, located on both sides of the grille, are the thinnest on a Genesis model yet. The headlamps’ slim design was made possible by intercrossing the lens of the DRLs (Daytime Running Lights) with the turn signal, the high beams and the MLA (Micro Lens Array) technology-powered low beams. The low beams in particular combine roughly 200 micro optic lenses per module with ultraprecise technology. The resulting lenses are smaller than those of legacy projection lamps, but provide the same level of light intensity – further reinforcing the G90’s high-tech image. 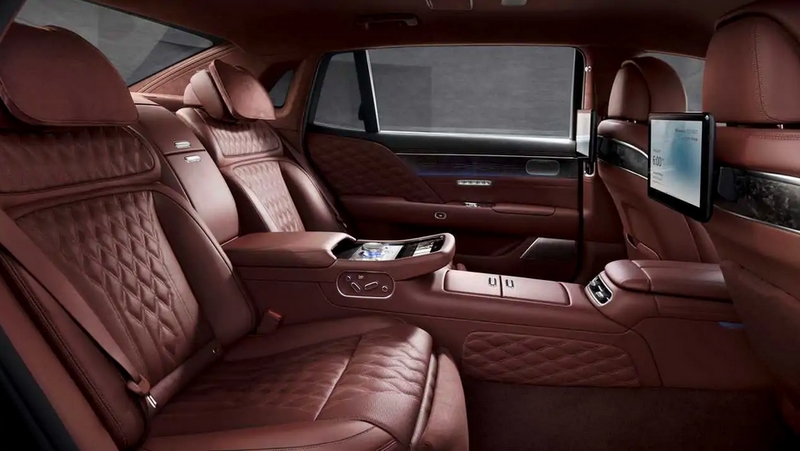 G90’s status as a flagship sedan is further strengthened by its Clamshell Hood.

The Clamshell Hood design features a single panel that combines the hood and fenders to eliminate panel gaps, lending the G90 its definingly sleek design. In addition, the Guilloché patterned emblem, which is nearly 80 percent thinner than the previous version, adds a finishing touch of class and distinction.

When viewed from the side, the Parabolic Line design starts from the hood and flows seamlessly along the bottom of the window to the trunk. Once more, the vehicle’s refined and voluminous body has been highlighted with Athletic Power Lines on the fenders around the wheels, revealing its power and dynamism.

The DLOs bordering the first and second rows of the vehicle are harmonized by thick C-pillars. This allows second-row passengers to enjoy an open atmosphere and privacy at the same time.

At the vehicle’s rear, as key elements of the Genesis design language, the Two-Line rear combination lamps are elongated with the trunk, giving the model  strong and well-balanced image, with the Genesis lettering emblem concisely positioned between them.

Functional elements like the license plate, various sensors, and the reverse lights have been lowered to complete the clean image of G90’s rear design.

The interior of G90 is designed to satisfy both customers who take the wheel themselves and those who are driven by chauffeurs.

The driver’s seat brings to life Genesis’ car interior design ethos of the Beauty of White Space, harmoniously combining the feeling of a high-tech device with new technologies together with the luxurious details that come with analog sensitivities.

Drawing attention at the front of the vehicle’s interior are slim air vents that, combined with the wing-like shapes and the brand’s next-generation infotainment system – the connected car Integrated Cockpit (ccIC) – integrate the cluster and navigation into a panoramic display, cementing a high-tech look. 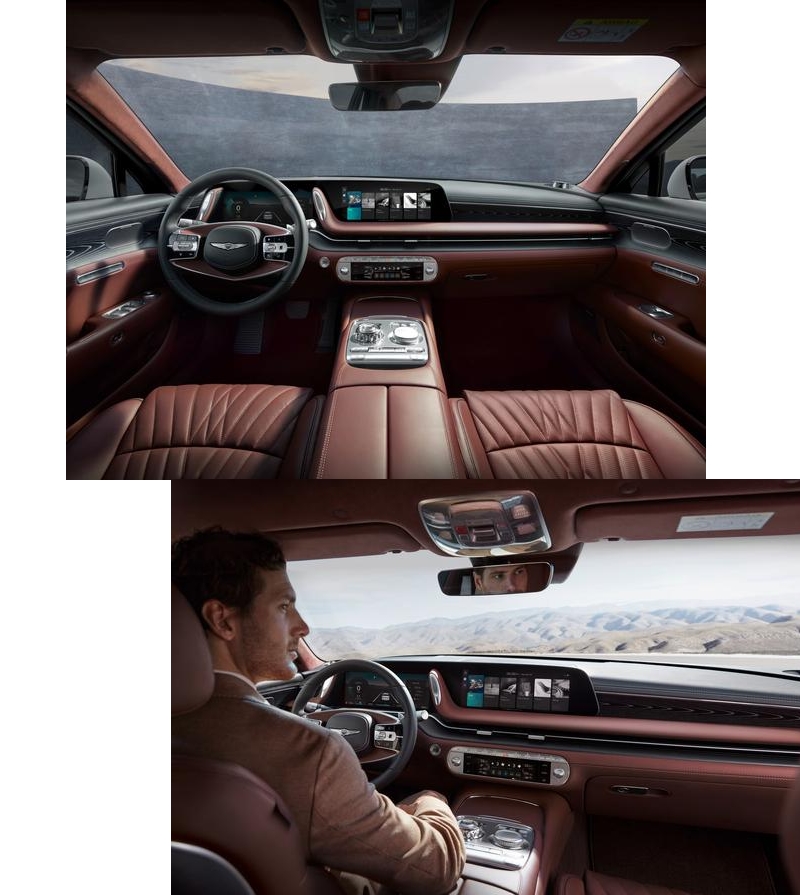 The center console carefully utilizes glass and aluminum materials to express upscale analog sensitivities. In addition, the electronic dial-type Shift-By-Wire (SBW) component and a dial-type Central Control Panel (CCP) are differentiated to enable drivers to intuitively distinguish between them while driving. In particular, the SBW prevents maloperation by vibrating when the driver shifts into reverse.

Furthermore, the two panoramic sunroofs located above the first and second rows can be controlled separately. In addition, ambient lighting installed on the left and right ends of the sunroofs are linked with other ambient lighting navigation in the vehicle.

The rear seats of G90 feature the highest quality materials to ensure that the flagship sedan offers passengers comfort and convenience. The left and right seats in the second row can be reclined separately for passengers’ comfort. G90 also provides a new experience to customers with thoughtfully designed storage spaces such as independent tray for magazines and books in the C-pillar area of the second row.

New garnishes made possible thanks to new processing methods have been applied to G90’s center fascia, to the backs of the front-row seats, and to each seat’s door trimming. Genesis’ philosophy of sustainable luxury is well reflected in the G90’s use of Newspaper Crown Wood and Newspaper Stripe Wood.

The material is made utilizing a new method that minimizes its impact on the environment by reprocessing wastepaper from daily life, including newspapers.

Used here for the first time in a Genesis vehicle, the metal inlay garnish is a detail that is rooted in the traditional Korean ‘sanggam’ (or ‘inlay’) crafting technique. The garnish maximizes the vehicle’s sense of stature by inlaying the Two Lines and the G-matrix pattern onto real metal, ash wood, and forged carbon surfaces. 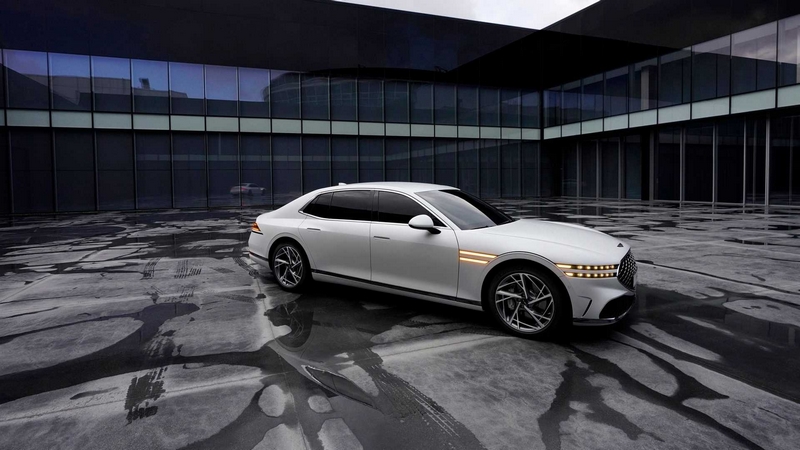 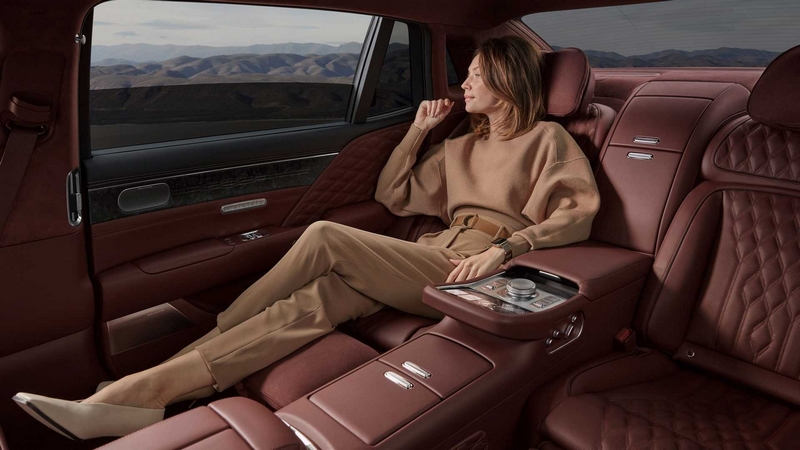 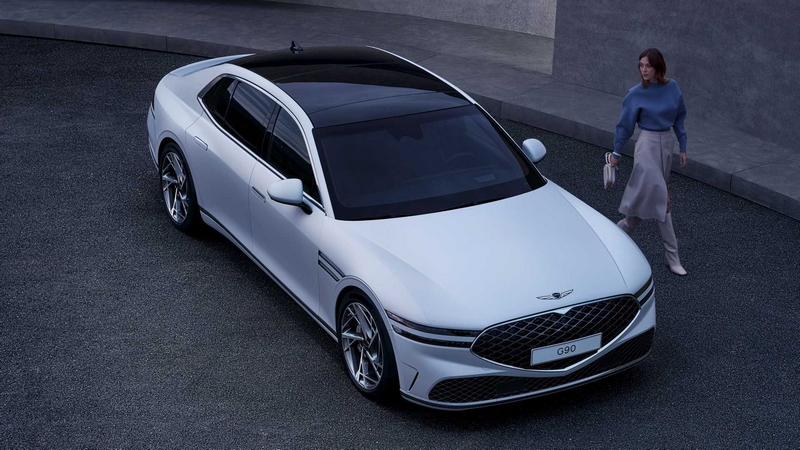 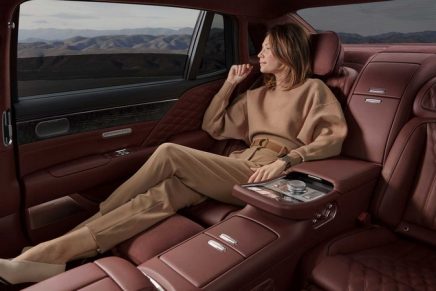 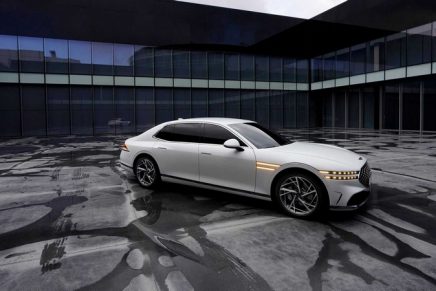 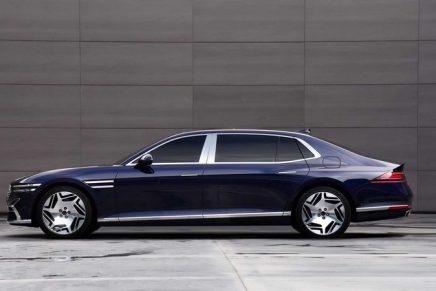 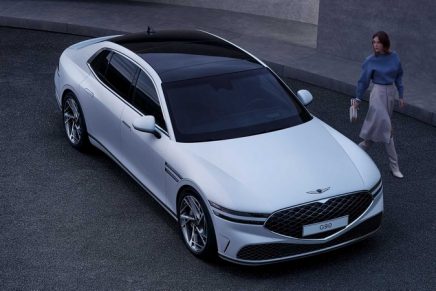 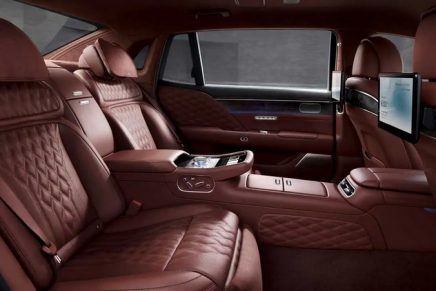 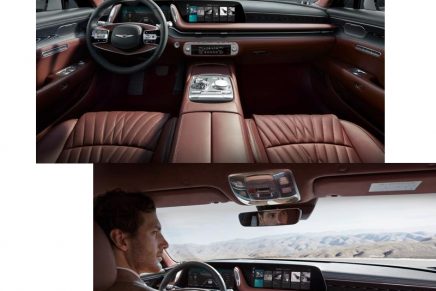