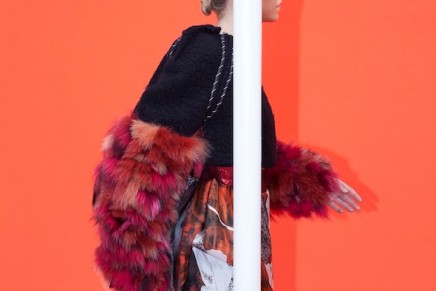 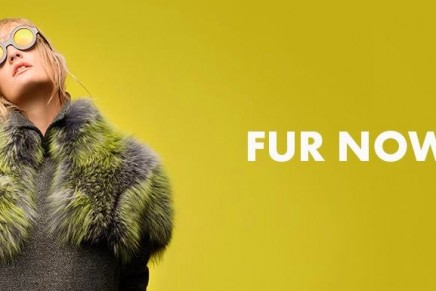 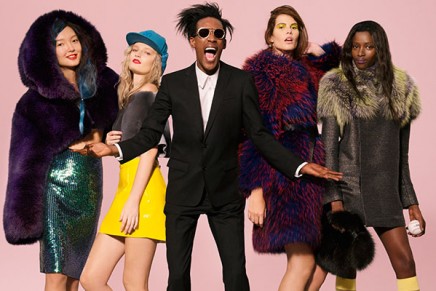 This article titled “Fur trade booming after swing from fashion faux pas to catwalk favourite” was written by Hannah Ellis-Petersen, for The Guardian on Wednesday 25th March 2015 19.56 UTC

In 1994, four of the world’s most famous supermodels were splashed across billboards under the slogan “We’d rather go naked than wear fur”. Fast-forward 21 years and it seems it is now another story for Naomi Campbell, Kate Moss, Elle Macpherson and Cindy Crawford, who have been pictured in fur coats, gilets and trimmed parkas.

They are not alone in falling off the anti-fur wagon. Figures from the International Fur Federation show that the industry is enjoying another year of considerable growth. The demand for mink, sable, fox and ferret has soared and farmers have stepped up production.

China also remains one of the biggest producers of fox pelt, and together with Finland was responsible for 91% of the 7.8m fox furs produced globally.

The figures – the first to show a breakdown of different pelts – follow on from research by the IFF last year which valued the global fur trade at more than £26bn.

On the British catwalks last year, more than 60% of shows featured fur, and at New York fashion week the figure topped 70%. While luxury labels such as Fendi have a long history of featuring real fur in their shows, fur is increasingly being used by newer brands as well. In New York, the up-and-coming label Cushnie Et Ochs said fur was its favourite material of the season, adding that it was “not ashamed”.

This month Karl Largerfeld said he would be putting on a special “couture fur” show to mark his 50th anniversary of working for Fendi. “For me, fur is Fendi and Fendi is fur, fun furs” he said. “Fendi is my Italian version of creativity. The Fendi haute fourrure fashion show is the opportunity to stage the royal furs of furs.”

He told the New York Times: “For me, as long as people eat meat and wear leather, I don’t get the message. It’s very easy to say no fur, no fur, no fur, but it’s an industry. Who will pay for all the unemployment of the people if you suppress the industry of the fur?”

In the 80s it was a serious fashion faux pas to step out in real fur, but today’s celebrities are rarely seen out of it. Rihanna and Rita Ora have recently been pictured in real mink coats, and Kim Kardashian dressed her one-year-old daughter North West in what was thought to be a ,500 (£2,300) crystal fox fur coat at last month’s New York fashion week.

Lady Gaga made a Naomi Campbell-esque turnabout on the issue. Having initially denounced fur, she was later pictured in a full-length coat made of white pelt, and went on to say: “You see a carcass, I see a museum pièce de résistance.”

Mark Oaten, CEO of the International Fur Federation, said he was unsurprised by the growth in productionas the taboo around wearing real fur was fading into irrelevance. “We knew from the catwalks that fur is certainly being used much more by designers and from some of the retail figures, which can be patchy and difficult, that the sales are going strongly,” he said. “So with this increase in demand, farmers are deciding to invest more in fur farms and increase production.”

Oaten, a former Liberal Democrat MP, said Asia and Hong Kong remained the big players in the fur trade, both in terms of demand and production, but emphasised there was a shift towards buyers in America and Europe.

“But it’s changed rapidly, even in the past three or four months. We’ve seen a change of patterns of the kind of consumers in Asia. Six months ago I would have said Beijing and Shanghai are really hot markets, but now we are seeing a shift away to the second- and third-tier cities in China as well. We’ve also seen an enormous increase in America because fur has had an incredibly busy runway and it has also been extraordinarily cold.”

In the UK, members of the British Fur Trade Association reported a 20% increase in sales last year. The association’s chief executive, Mike Moser, said the growth was being driven as much by younger generations as by foreign millionaires.

“It’s hot stuff because fur is being used in a real fun way in fashion now,” he said. “It’s more accessible for young people because of the increase of fur trims on coats and fur accessories.

“The BFTA runs an annual competition for design students using fur and this year we’ve seen a 50% increase in the number of students taking art. They just want to use fur in their designs which proves there such a strong interest in the younger generation.”

While the fur industry in countries such as Canada, the US and Europe remains heavily regulated, concerns remain over China, which is much more lax about the welfare of animals. Oaten conceded it was a concern for the IFF and said cleaning up the Chinese fur trade remained a priority.

“Obviously with so much mink coming from China, one of my big priorities is to make sure that they understand what the requirements are for welfare,” he said. “I was in China a couple weeks ago meeting with government officials. They have already adopted Council of Europe guidelines on welfare and we’ve had a long dialogue with them to implement even stronger welfare protocols. The difficulty does still lie in ensuring these regulations are always enforced in such a large country.”

Oaten said he was a personal fan of pelts. “I use a lot of fur for interiors,” he said. “Though I’ve not yet found a fur coat that suits me.”