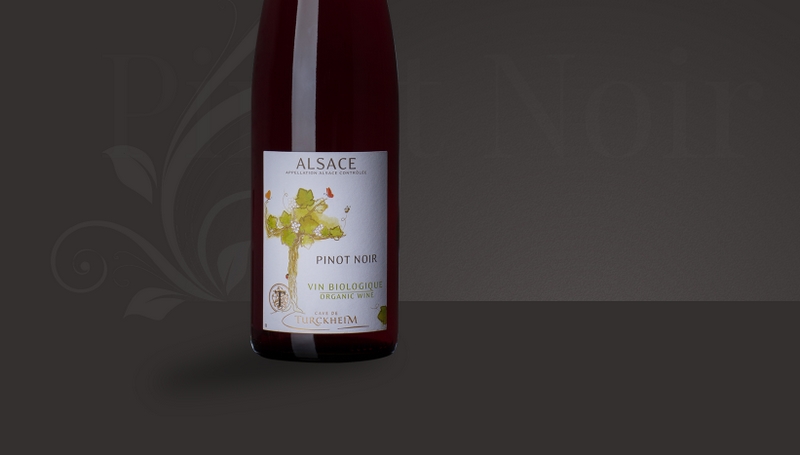 This article titled “French pinot noir beyond Burgundy” was written by David Williams, for The Observer on Sunday 22nd March 2020 06.00 UTC

Turckheim Alsace Pinot Noir Organic, Alsace, France 2018 (£17.50, noblegreenwines.co.uk) When we think of French pinot noir, we inevitably think of Burgundy. The region has had the better part of a millennium to master this fickle, finicky grape variety (the first written mention is from the 1300s) – and it shows in some ineffably beautiful red wines. But other parts of France have been improving their pinot production markedly in the past decade – helped, in the more northerly reaches, by the effects of the climate crisis, which have made it much easier to ripen red grapes more reliably. One region that has become particularly adept with pinot in recent vintages is Alsace. Better known for its range of spicy, aromatic whites from varieties such as riesling, gewurztraminer and pinot gris, its pinot noirs can have a delightfully vivid red-fruited succulence that is full of the joys of spring, as in the strawberry and raspberry-scented juiciness of the excellent Turckheim co-op’s organic version.

Cave St-Verny Pinot Noir, Puy de Dôme, France 2018 (£9.50, thewinesociety.com) The Loire is another French region that is probably better known for its whites than its reds, with the sauvignon blanc made in the vineyards around the village of Sancerre perhaps the most celebrated of all. But both the Loire and Sancerre have long histories with red wine – indeed, Sancerre was much better known for its red wines made from pinot noir and gamay (the red grape of Beaujolais) until the boom in sauvignon kicked off in the 1970s. Today, there’s been a serious return to pinot noir of a translucent, piercing but aromatically pretty style by leading Sancerre winemakers, as seen in the vivacious summer-berry vibrancy of Henri Bourgeois Les Baronnes Sancerre Rouge 2016 (£18.95, connollyswine.co.uk). For serious French pinot value, however, it’s hard to beat the pinot grown further south on the volcanic soils of Puy de Dôme in the Auvergne, which positively explodes with lithe, cherry-berry fruitiness.

Domaine AF Gros Bourgogne Hautes Côtes de Nuits, Burgundy, France 2017 (from £19.95, fourwallswine.com; armitwines.co.uk; goedhuis.com) I’ve always thought of the Auvergne as the southern limit of good quality French pinot noir: it’s a grape variety that doesn’t like it too warm, and pinots in hot places tend to be a bit soupy and lacking in that all important freshness and focus compared to their northern counterparts. From time to time, however, I do come across a wine that proves pinot can be made in the Languedoc, if the right combination of soil and exposition can be found. Le Vignoble Foncalieu Le Versant IGP Pays d’Oc 2018 (from £10.99, bcfw.co.uk; cambridgewine.com) is one such, with its soft and tender fleshy strawberry character. But if pinot from the Midi is a stop too far for traditional Burgundy-philes, the pure and racy cherry-scented AF Gros Hautes Côtes de Nuits proves it’s still occasionally possible to find quality pinot under £20 from the variety’s original homeland.