At 2018 Wheels and Waves Anvil Motociclette brought back motorcycle history to the present.

The bike was built from an Indian Scout Sixty and pays tribute to one of Indian’s earliest heroes, Albert ‘Shrimp’ Burns, whose story started at the age of 14 and ended at 23 in a racing accident. 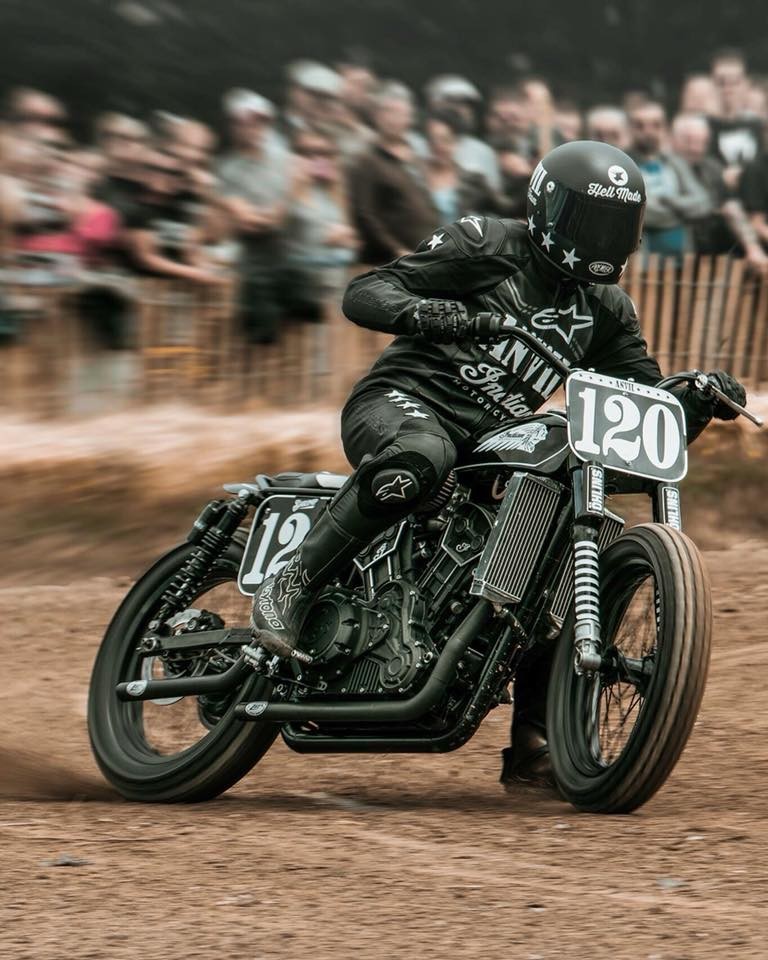 It was 1912 when Albert Burns known as Shrimp, a 14-year-old boy, built himself an Indian racing bike and began to take part in competitions alongside more experienced riders.

He started to win and even if he was even turned away from some motordrome races, he did not lose heart. His short, thin size and cheekiness earned his the nickname “Shrimp”. Shrimp is part also of Anvil Motociclette’s story.

The guys behind Anvil Motociclette, San Marco and Phonz, have painstakingly built this flat tracker over the past six months, putting in 300 hours of work in to the build with a team that included a framebuilder, engineer, mechanic, assembler, upholsterer and body shop mechanic.

‘Shrimp’ is a machine with a blend of modern-day parts from leading brands combined with handmade and handcrafted frames, panels and components. Anvil says they chose Ohlins, Pakelo, Zard and Newfren as partners for the project, since “they are reliable and they have great experience”.

San Marco and Phonz are particularly proud of the fuel tank, the race plates and the fenders that have all been handmade in steel. “It’s been an amazing experience for us, we had it clear in our minds about our project from the beginning and we followed it,” they say. “We’ve been inspired by Albert ‘Shrimp’ Burns, so his story made us strong and focused on the final outcome. This is more than a bike for us, it is part of our lives as customisers and as a creative studio.” 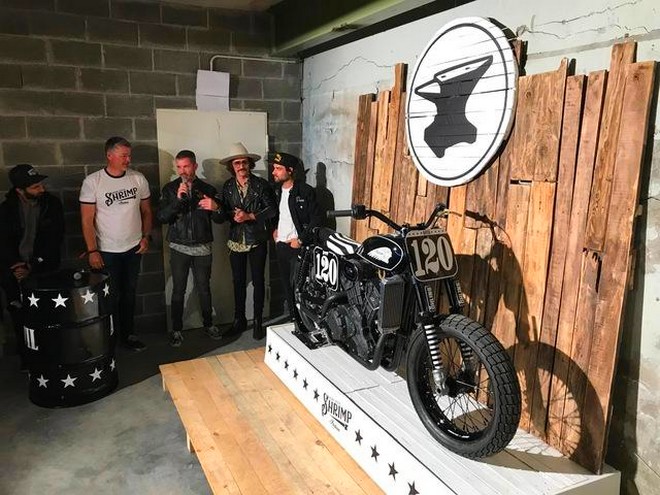 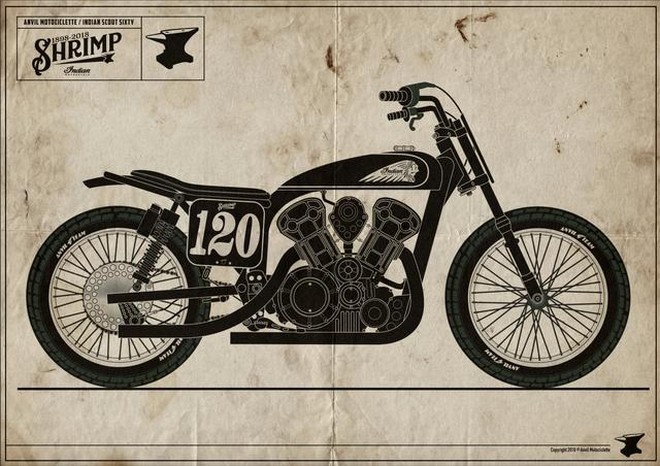 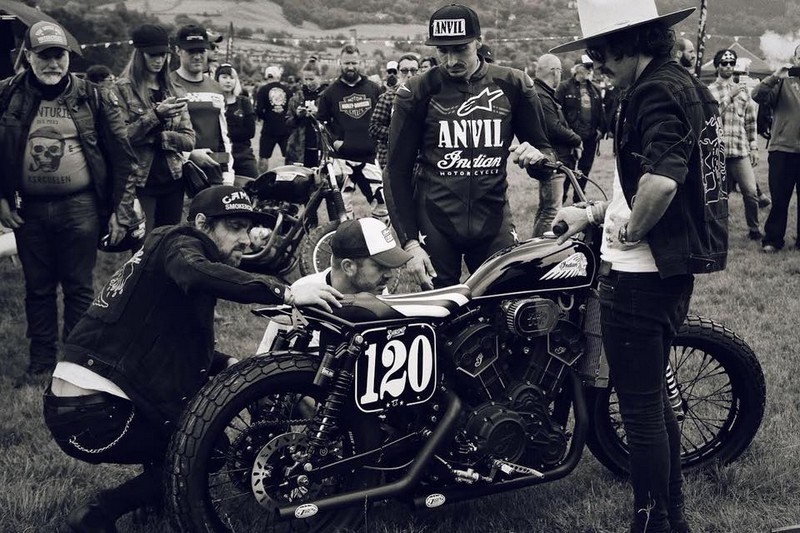 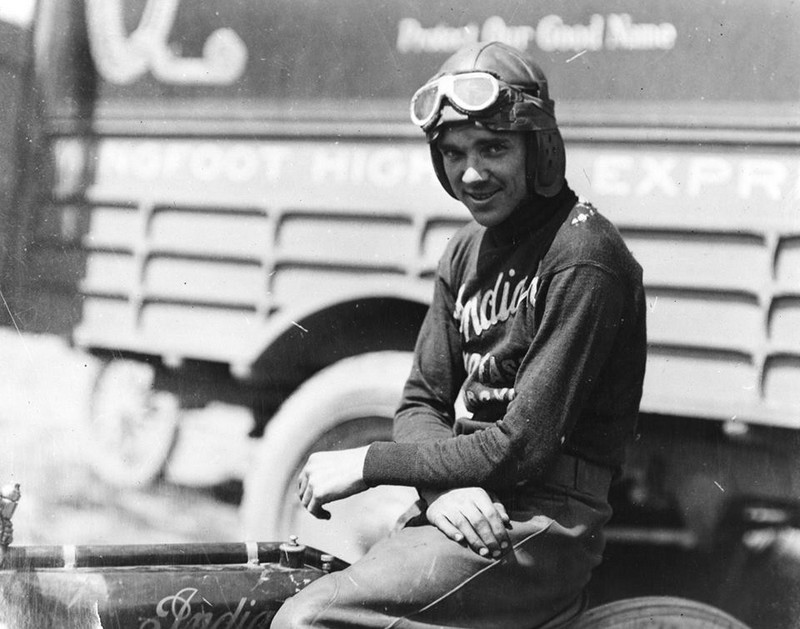 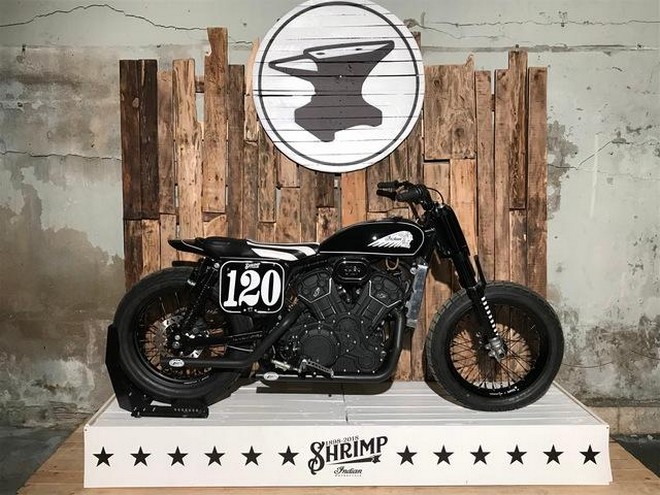 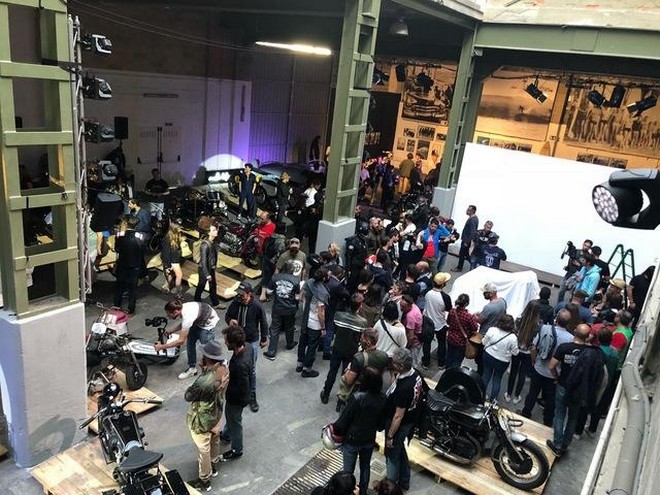 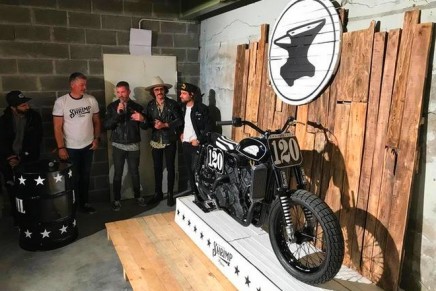 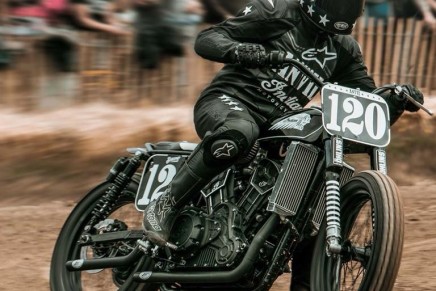 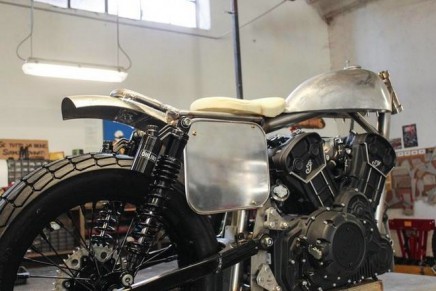 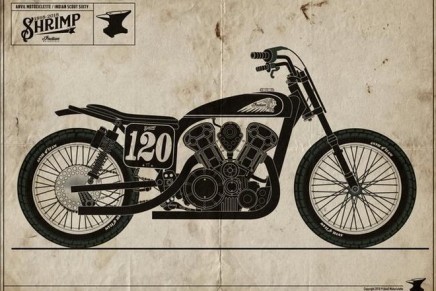 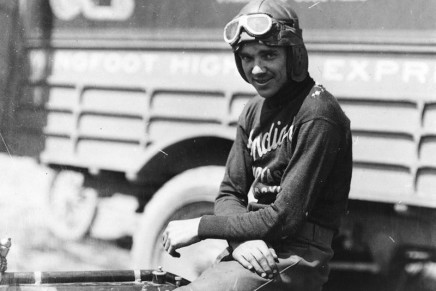 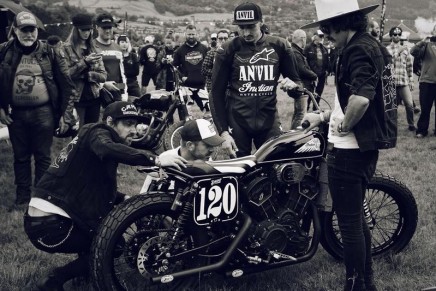 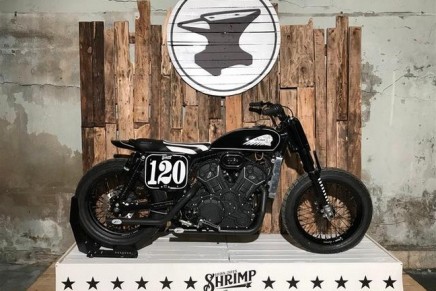