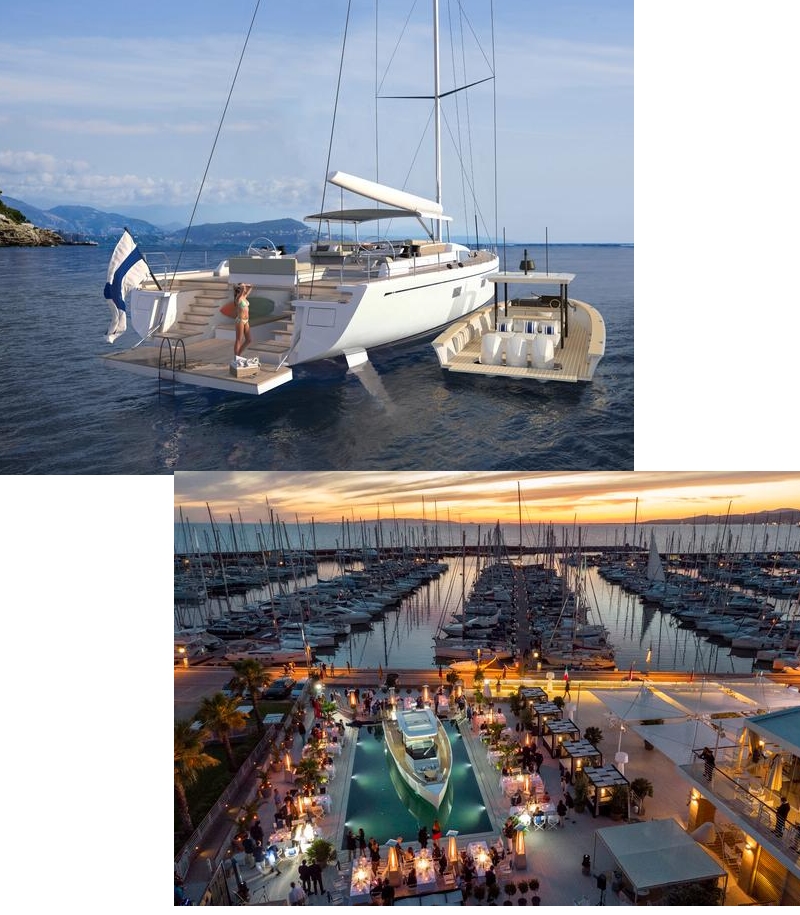 At Cannes Yachting Festival 2021, Nautor’s Swan welcomed its guests to several significant débuts in the sailing segment: the Swan 58, with seventeen units sold, the Swan 98 with three units delivered and a fourth under construction. In addition, their smaller sister, the Swan 55 project has been launched and she has already three happy owners looking forward to sailing her.

This year also represents Nautor’s entry in the power yacht world with Swan Shadow global première, the first motor yacht signed by Swan, launched last January and with serial production started. This frenzied activity at the Boatbuilding Technology Centre (BTC), the 20.000 sqm state-of-the- art facility in Pietarsaari where almost all new Swans hit the water, allowed the yard to reach such milestones. 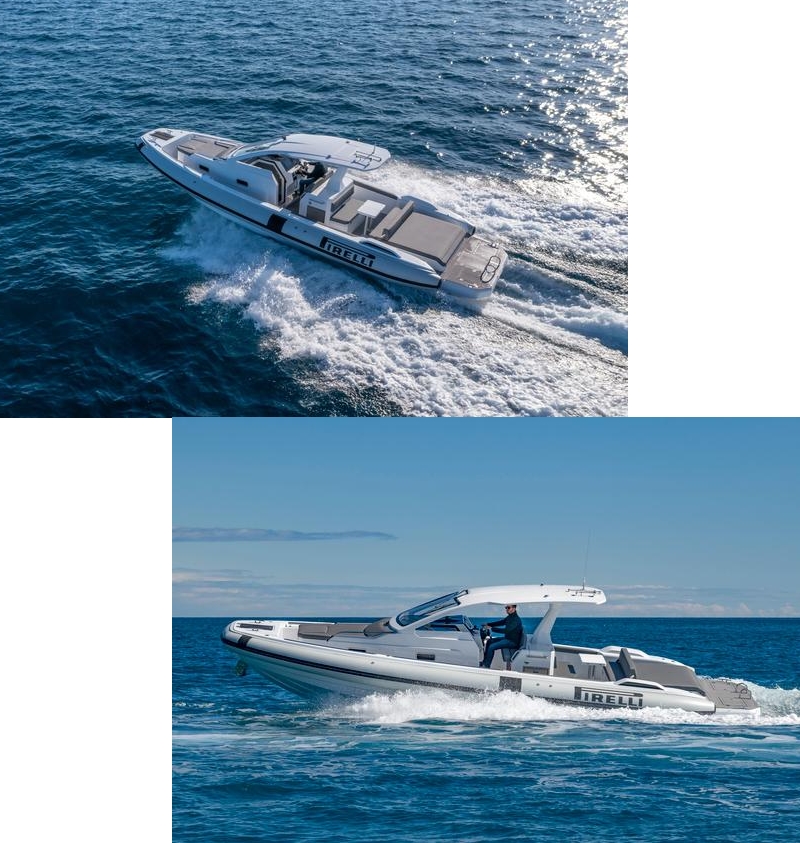 Pirelli 35 is a walkaround with a double-step hull and aerodynamic, rugged lines designed for Tecnorib by the Swedish studio Mannerfelt Design Team. Available in both outboard and sterndrive versions, it’s geared towards those seeking a stable and safe navigation experience, but at the same time exciting and adrenaline-filled performance. It offers a modern design, meticulous attention to on-board accessories, and the option to customize a full range of equipment.

The result of the collaboration between Tecnorib – official licensee of Pirelli-branded inflatable boats – and Mannerfelt Design Team, the Swedish studio founded in the late 1980s by Ocke Mannerfelt, a pioneering designer of racing hulls, the PIRELLI 35 is a project strongly supported by Gianni De Bonis, Managing Director of Tecnorib: “The great results achieved with the Pirelli 42 put us on the right course. And with the Pirelli 35 – which will be followed by a larger model next year – we wanted to offer owners a boat that delivers the same winning features as its older sister but with slightly more compact dimensions,” he said. The Pirelli 35 walkaround is 11.1m long (with a width of 3.80 metres). It features a stepped planing hull that teams the highest level of stability and safety with exceptional performance, reaching a maximum speed of over 50 knots. The boat also confirms the desire to take the elegance of this product category to a whole new level, with a focus on precision design and meticulous attention to detail.

Ted Mannerfelt, who now heads the studio founded by his father Ocke, described this project as follows: “We wanted to create a model that looks fast even when it’s standing still. Building on the success of the Pirelli 42, it represents a beautiful evolution of the former, but with reduced dimensions. It’s undoubtedly aligned with the new direction taken by the brand in terms of design, thanks to its sleek lines and modern look. We’ve created a boat that can be adapted to many requirements in terms of engine and interior layout, to give the owner the opportunity to own the boat of their dreams … or that fulfils their wishes as closely as possible. The double-stepped hull makes the Pirelli 35 very efficient and stable in the water – even at high speeds.” 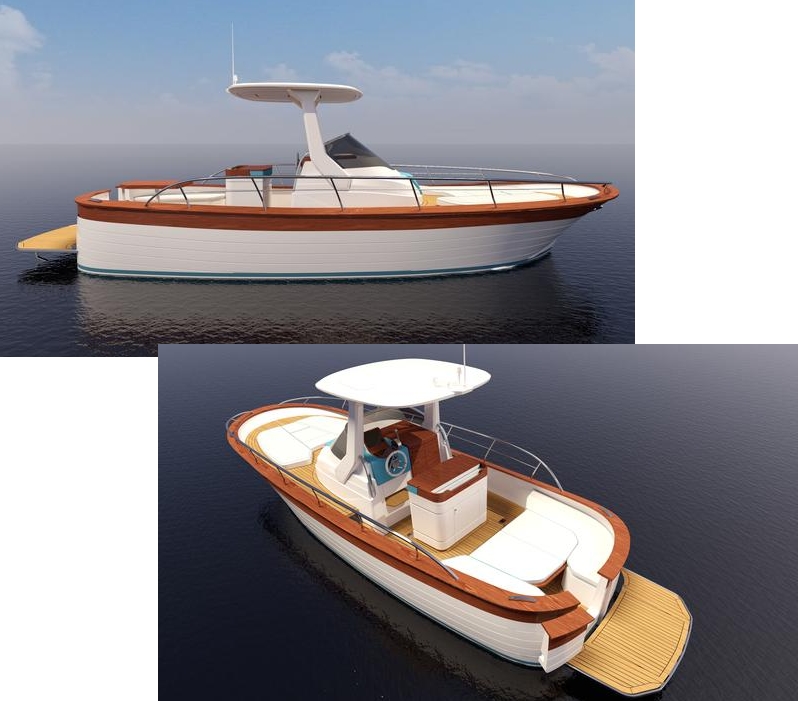 The new Gozzo will be the only Walkaround boat model of this length to offer a separate bathroom, while its clean and refined lines are the result of the Shipyard’s intent to combine cutting-edge technology with respect for the tradition of the Sorrento’s gozzi.

Designed by Valerio Rivellini, as all the latest and most innovative models, the Libeccio 8.5 Walkaround boat is an elegant Gozzo with an unmistakable design that takes its cue from the fascinating Sorrento tradition of the 60s without ignoring the most modern technological solutions that have always distinguished the Shipyard. 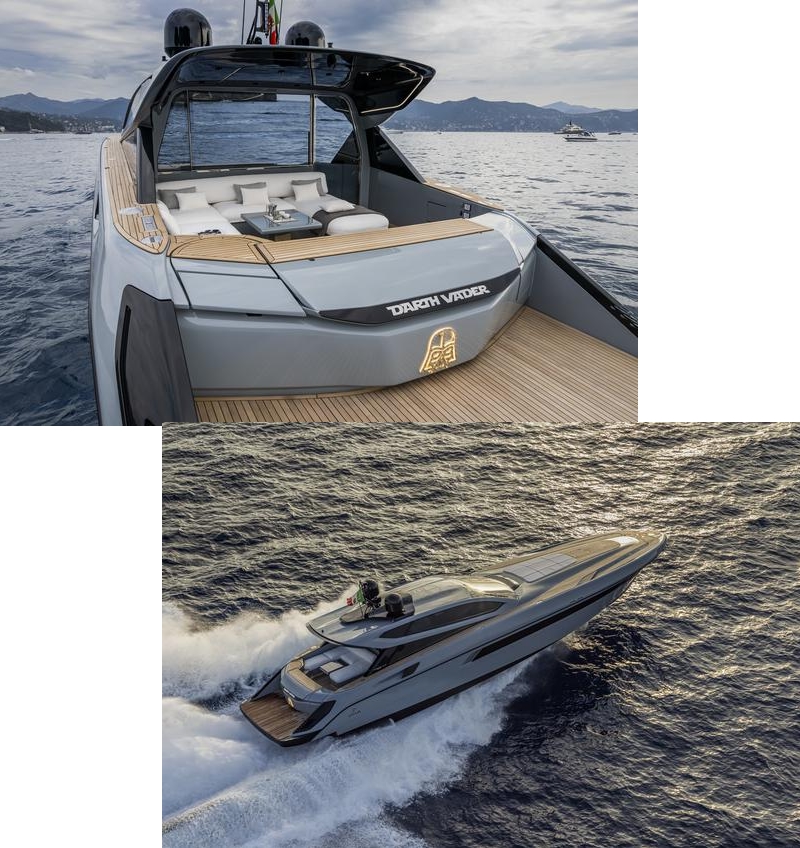 OTAM shiyard confirmed once again its strong identity and its aim of building yachts characterized by extreme customizations and excellent performance and reliability, making craftmanship the distinctive feature of the Italian shipyard. Proof of this is the new Otam 70HT that made its World debut at Cannes Yachting Festival 2021.

With one-off design by Giuseppe Bagnardi BG Design Firm, as well as bespoke engineering and hull lines by Umberto Tagliavini Marine Design, the new Otam 70HT is the epitome of the dynamic performance and timeless style that has made the iconic Italian brand instantly recognizable around the world. 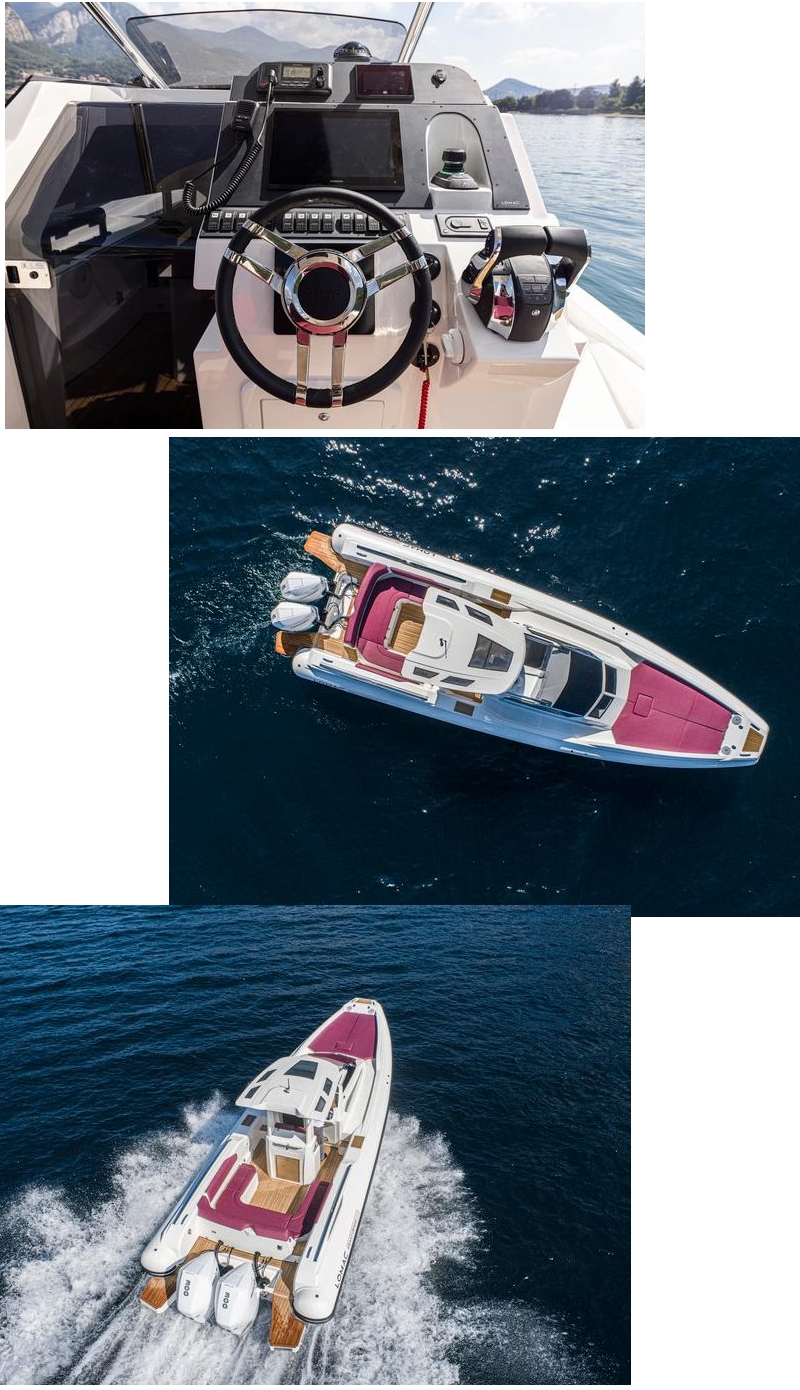 LOMAC PRESENTED THE WORLD PREMIERE OF THE NEW GRANTURISMO 11.0 AND 12.5 CRUISERS AT THE CANNES YACHTING FESTIVAL

A small but important revolution that redefines the high-end RIB luxury cruiser segment, with the styling of a coupe but the space and liveability of a station wagon.

The Milan-based shipyard led for three generations by the Lo Manto family chose the French unveiled the new GranTurismo 11.0 and 12.5 Cruisers to the yachting public and the international lifestyle press. Created to combine the need for performance and sportiness with the liveability of a generously sized cabin, complete with a spacious bathroom and plenty of storage space, for owners who won’t settle for mid-range day trips and want to spend a few nights at anchor.

The new models incorporate and capitalise on all the hull line development work invested in the GranTurismo line, guaranteeing performance worthy of a great sport boat in both twin and triple engine versions. GranTurismo 12.5 Cruiser reprises the hull design used for the 12.0 model to deliver high speed cruising in absolute safety. For the GranTurismo 11.0 Cruiser, on the other hand, the shipyard based itself on the hull designed last year for the 10.5 model. In this case there were two needs: the same performance in absolute terms, but also more hull volume that enabled the shipyard to create an incredibly generous cabin. 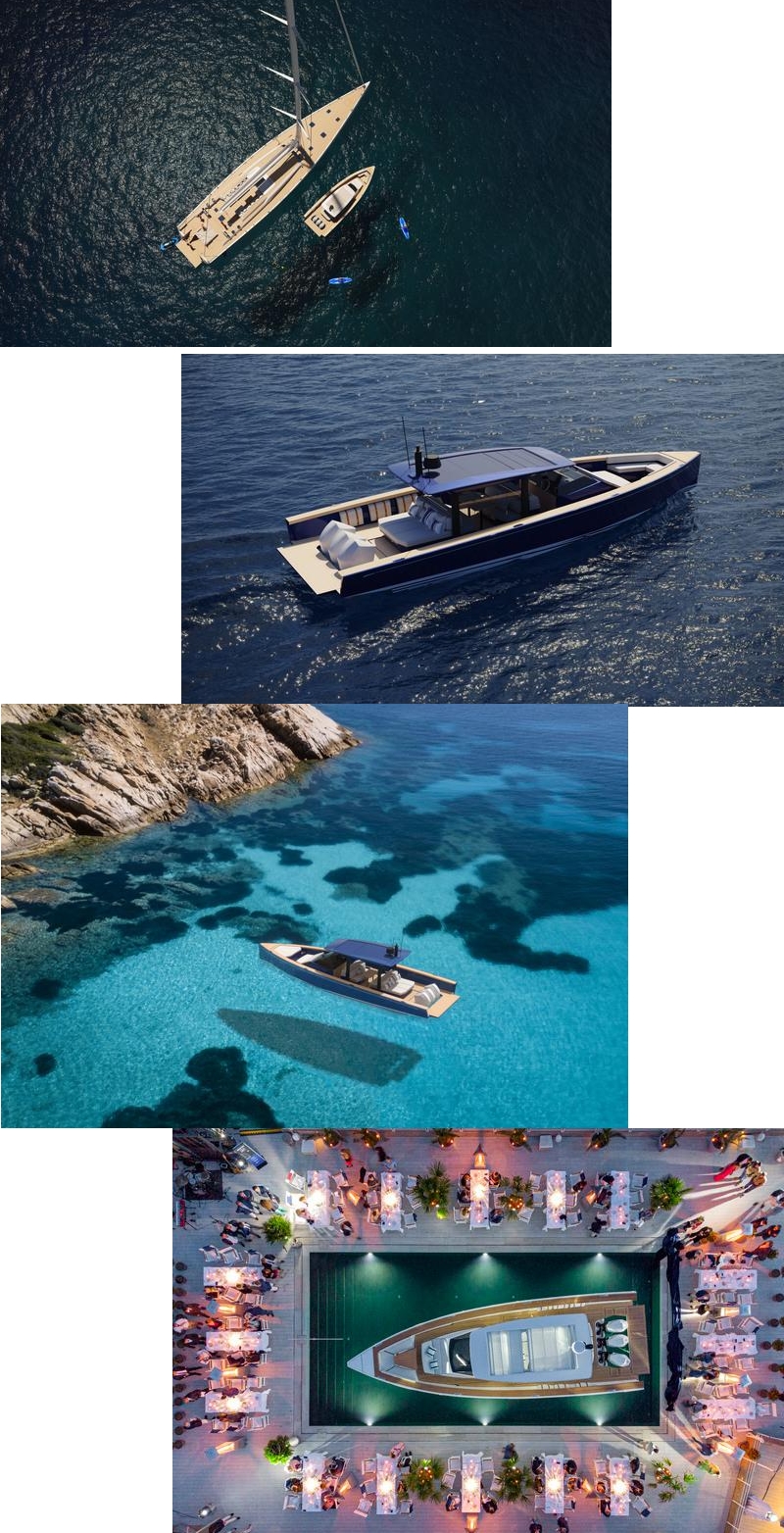 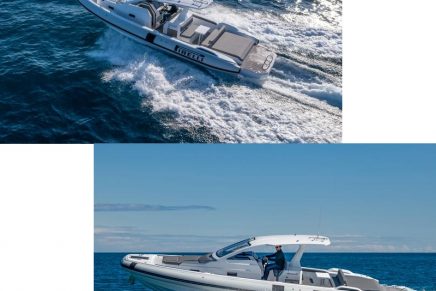 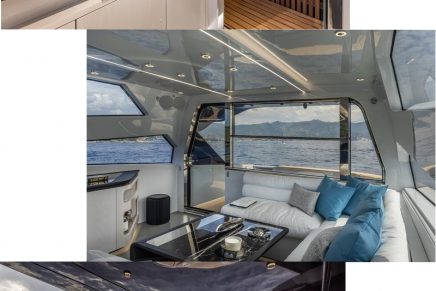 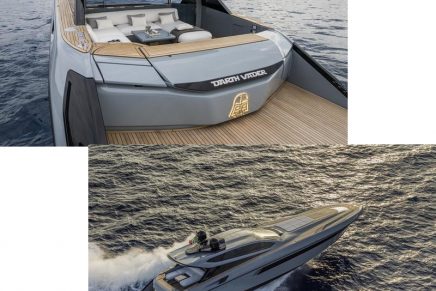 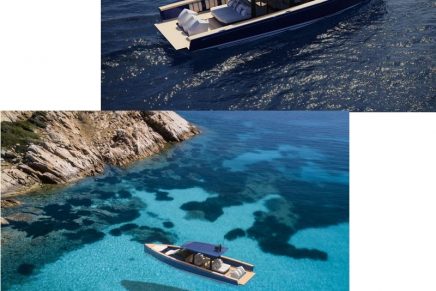 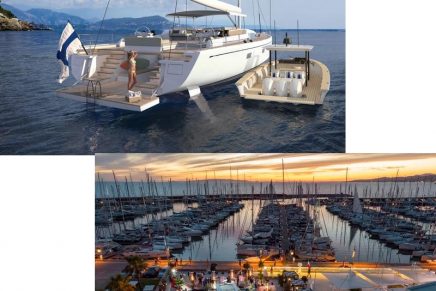 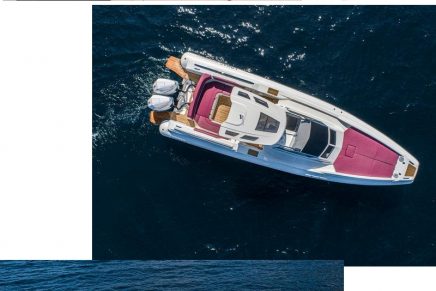 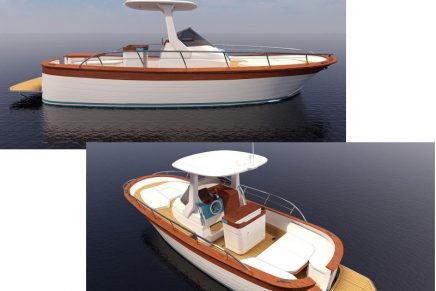