UAE-based Enata Marine has dared to dream big with these new smart sensor and AI features. And the company is not resting in its pursuit to create the ultimate smooth ride on the foiler. 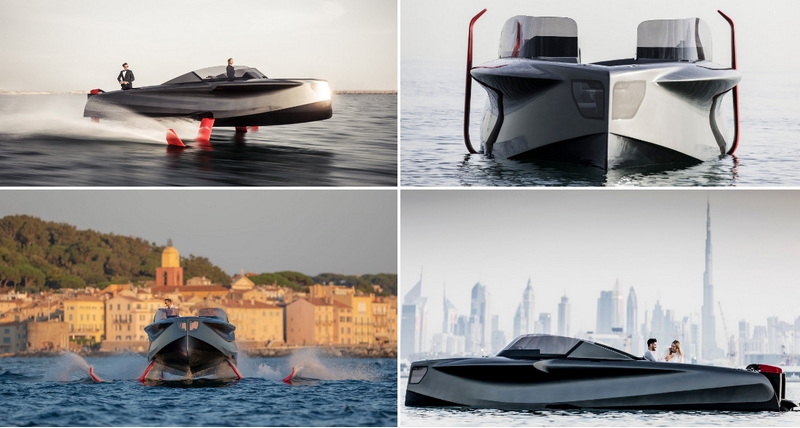 Enata’s investment in aerospace technology is directly feeding into the development of the company’s yachts. ENATA is set tounveil pioneering advances in the FOILER’s design and technology which elevate the flying yacht’s capabilities into a stratospheric realm. Thanks to major investment and sharing of intellectual property from ENATA’s wider business activities, in particular its aerospace division, the new features are truly astonishing and previously unseen on a yacht of any size or category.

The 2020 update of the foiler specification includes 54 new smart sensors.

The sensors that are located across the 10-metre yacht’s operational platform, which pick up data including wheel positioning, port and starboard foil angles and pressure, exhaust temperature, and propulsion performance and stability indicators. All features on the foiler can be monitored and controlled via the large touchscreen control panel on the centre console, or from any smartphone / tablet connected to the “Wingman” system.

Data gathered by the sensors is wirelessly sent to the Cloud, where ENATA’s proprietary artificial intelligence (AI) system runsremote diagnostics on the information. The AI system is able to instruct the owner in real time to make operational and mechanical adjustments that will improve performance and prevent unnecessary wear and tear on the yacht, thereby reducing downtime for maintenance and expenditure on new parts. The system also monitors efficiency and fuel consumption on board to maximise economic benefits to the owner. And should an unexpected mechanical or technical problem arise on the yacht, the owner can remotely grant access to ENATA’s remote assistance team, which is on hand to access the foiler and troubleshoot via the remote diagnostics system – in many cases being able to fix the issue without physically being on board.

The FOILER’s smart technology system is easily upgraded through the wireless connection, similar to a phone or Tesla car, meaning owners can rest assured that their prized yacht will continue to become more sophisticated and better performing as ENATA updates its operating software over the coming months and years.

Naturally, data sharing – in particular location tracking – may be a concern for some owners who prefer to remain private. For this reason, owners have complete control over who is able to access their yacht’s system at any given moment. Should an  unexpected issue arise, temporary access can be granted to ENATA’s remote assistance team and then withdrawn at the touch of a button.

As the world’s first flying yacht, what initially set the foiler apart were its four hydrofoils, which act like wings in the water to lift the motoryacht 1.5 metres above the waves, delivering a smooth, dry, comfortable and quiet on-water experience. And now –after two years of ongoing research and feedback from clients – ENATA has further enhanced the feeling of comfort when underway by developing a new active stability mode, which introduces some tilt to the foiler when it turns, similar to the experience in a luxury car.

And ENATA is not resting in its pursuit to create the ultimate smooth ride on the foiler. It is currently conducting extensive testing of technology updates that will allow the FOILER’s onboard sensors to read the water ahead of the yacht and adapt its pitch and angle to reduce any sensation from the waves. ENATA is expecting to roll out the software upgrades within the next year, which will automatically update via the Cloud on yachts bought today. It will be one of the many continuous software updates that will make an owner’s foiler better as time goes by.

“The latest advances relating to the FOILER’s stability have been heavily informed by ENATA’s inhouse aerospace division, as the yacht truly does ‘fly’ in the water; our investment in aerospace technology is directly feeding into the development of our yachts. In addition, our marine division is held to the same high-precision engineering, tolerance and fitness standards that we uphold in our aerospace wing of the company,” added Vieujot.

“We are extremely proud of what ENATA has been able to achieve with the foiler in the short time since it debuted in Dubai two years ago. We are also delighted with the recognition that we recently received at the MEA Business Awards in 2019, winning Best Marine & Aerospace Technology Company as well as Most Innovative Luxury yacht: The foiler.” 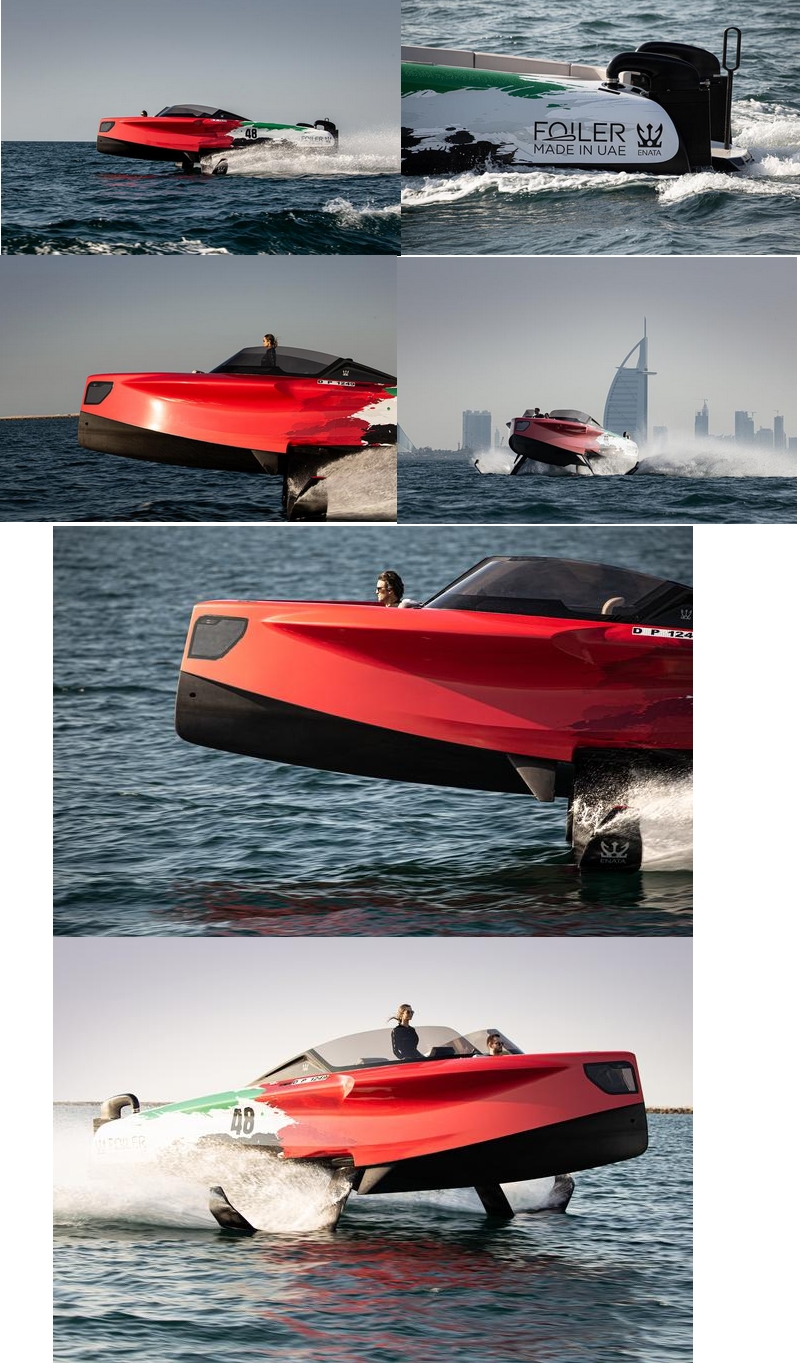 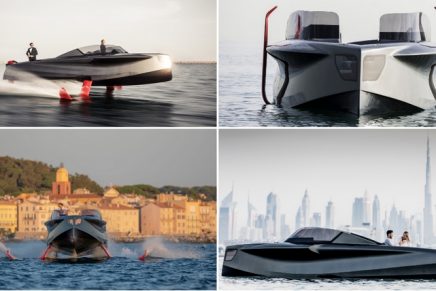 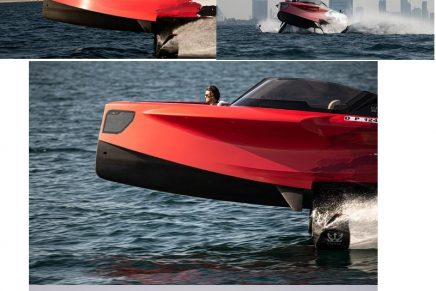